Stateless in Nepal - How a patriarchal system denies citizenship to millions | Asia| An in-depth look at news from across the continent | DW | 29.01.2015

Stateless in Nepal - How a patriarchal system denies citizenship to millions

Over four million people in Nepal are stateless as women aren't allowed to pass their citizenship onto their children. With the latest constitutional deadline passing, concerns are growing for these undocumented people. 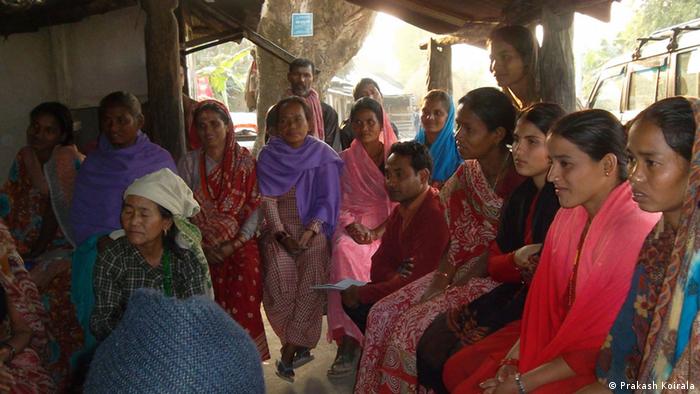 All Deepti Gurung wanted were personal identification cards for her two, young daughters. Until recently, documents of this type were not necessary for the 40 year old, single-mother's children. But anyone who wishes to vote, to get a driver's license, open a bank account, or study at a university requires an identity card which verifies one's Nepalese citizenship. Despite being born in Nepal, Deepti Gurung's daughters are denied ID cards.

In patriarchical Nepal, citizenship and nationality are traditionally inherited from the father. In cases where the father is either unknown, has moved away, or refuses to recognize his children, the children are stateless.

Women are unable to pass citizenship along to their children without the presence or proof from a father. These special cases of absent fathers and citizenship-less children are far from being a small minority. 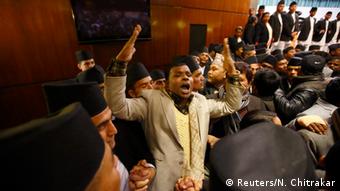 According to estimates from the Nepalese Forum for Women, Law, and Development (FWLD), there are well-over 4 million people living in Nepal with unrecognized citizenship - this figure is almost a quarter of the entire adult population of the country. This lack of status has serious consequences for those living in Nepal. Without citizenship, they cannot register births or changes of address – even buying a mobile phone requires a valid ID.

However, almost all of these four million undocumented people are actually entitled to Nepalese citizenship. At the end of Nepal's 2006 Civil War, the country created a provisional constitution. Under this constitution, nationality laws were relaxed and women were able to pass citizenship on to their children regardless of the status of the father. Unfortunately, these rights exist only on paper. According to the interim constitution, it is sufficient evidence if one of the parents is Nepalese – but this law is hardly enforced.

Much of the legal interpretation is up to the discretion of district administrations comprised of mostly male members. When children in Nepal reach legal age, then local authorities can recommend them as future citizens. Unfortunately for these undocumented youths, the last word rest with the district officials, who in many places are still influenced by patriarchical tradition.

Nepalese lawmakers have failed to agree on a new constitution as the political parties remained at loggerheads over basic issues, a situation likely to be resolved through elections this year, as Alison Evans tells DW. (23.01.2015)

Why Nepal's constitutional stalemate is causing a 'policy paralysis'

As political parties in Nepal struggle to forge consensus on a new constitution, the government's attention is diverted away from key policies; a situation likely to increase instability, analyst Alison Evans tells DW. (11.11.2014)

UNICEF: Nearly half of South Asia's girls marry before 18

A new report finds that almost half of girls in South Asia marry before turning 18. But ending child marriage will not happen without addressing social norms within societies, as UNICEF's Stephen Adkisson tells DW. (16.09.2014)

So the enforcement of this citizenship law is often stuck behind bureaucratic doors – much to the dismay of this large, legally-unrecognized population who cannot study or work in the Middle East like many of their fellow Nepalese.

The situation of citizenship in relation to marriage also differs greatly between men and women. If a Nepalese man marries a woman from another country, then the children will automatically be Nepalese and the wife will be in good standing to attain citizenship as well. In stark contrast, if a woman from Nepal marries a man from another country, it may take up to 15 years before her husband may qualify for naturalized citizenship and the children receive no official Nepalese identity.

A new constitution does not mean a new lifeline

This problem is particularly serious and present in the southern parts of the country where there are many marriages between Nepalese and Indians due to the open border with India. In addition, poor families in rural areas are especially affected.

The current political chaos in Nepal does not make the lives of undocumented Nepalese any easier. A Constituent Assembly (CA) was charged with drafting a new, permanent constitution by the end of last week. 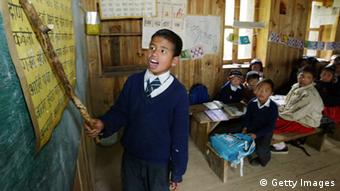 Without valid identification, many students are blocked from attending university

On the contrary, the Assembly has recommended that in order for children to obtain citizenship, both mother and father should be Nepalese. Those affected by this amendment proposed to continue the temporary constitution's phrasing of "father or mother" rather than "father and mother."

Their request was not accepted. This brushing-aside of the citizenship issue may not be entirely on purpose. "While the CA, which also functions as the Nepalese parliament, fails to come to an agreement in constitutional negotiations, the politicians are distracted from other, pressing, policies," explained Alison Evans, senior Asia analyst at the global analytics firm IHS.

However, the parties in the CA were once again unable to agree on a new constitution. Evans states, "The plight of stateless people in Nepal, along with other essential issues like the country's substantial energy deficit, are unlikely to be substantially tackled in the next to years while political instability continues."

For now, those people without citizenship in Nepal are trapped in a country that does not recognize them. "We are like prisoners in our own country," Gurung said. "Our condition is worse than the refugees. They are at least recognised as citizens of a country. We are stateless."