Steps are being considered to change a law that allows a far-right radio station to operate in Denmark under the protection of the government. The case has forced people to ask how far Danish free speech should go. 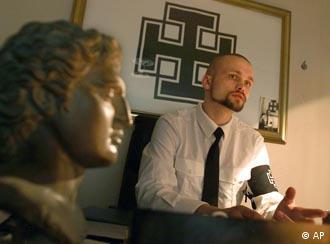 Freedom of the press and freedom of speech are two of the most fundamental rights in any democracy, and in Denmark these rights are vehemently upheld. But lately, Danes are wondering how far that freedom should go. The debate has been sparked by public outrage over Radio Oasis, a private radio station that broadcasts uncensored, right-wing extremist propaganda with funding and protection provided by the Danish government.

Transmitting from the nation’s capital, Radio Oasis sounds important and official, especially when you consider that the station comes under the umbrella of the state broadcasting remit. But those who tune into it will most likely hear songs by neo-Nazi bands, alongside calls to protect what the station perceives to be “the pure, white race of Danes” against those of different race, religion and sexual orientation.

The main point of concern for the majority of Danes is that the station can send out racist propaganda from the center of Copenhagen without any fear of legal recriminations. Denmark has a law guaranteeing state funds for non-commercial radio and television stations. Under that provision, Radio Oasis receives a yearly subsidy from the state, which totals nearly 50 percent of the station’s yearly expenses. The government has done so every year since 1997.

“This year, we got a support payment of 78,000 Danish krone, equal to €10,000. Exactly the same as we got over the last few years,” said Jonni Hansen, the station chief and leader of Denmark’s right-wing extremist party, DNSB, which also supplies propaganda material to German neo-Nazi groups. In effect, the Danish government pays for the distribution of Hansen’s National Socialist propaganda.

“Radio Oasis gets exactly the same amount of funding as all the other local stations for the amount of time they are on air,” Erik Nordahl Svendsen, media secretary at the Culture Ministry, said, explaining the rational behind the funding. 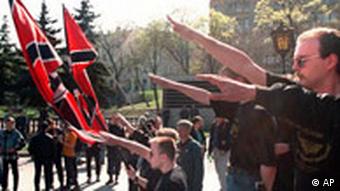 The station has not gone unchallenged, however. Back in 1996, when Radio Oasis prepared to begin broadcasting, the local authorities attempted to prevent the National Socialist's efforts to meet the deadline for stations wishing to obtain a broacasting license. That action was thwarted by the station and broadcasting began. Later attempts, on the grounds of the station’s use of Nazi imagery and its message of extremist propaganda, also failed as the promotion of such things is not illegal in Denmark.

The laws in neighbouring Germany are very different. Any expression of Nazi ideas, or use of symbolism and images, are outlawed and carry possible jail sentences. Sharing a border with a country that provides a climate, however grudgingly, where such behaviour is allowed can be inflammatory, since German neo-Nazis can also tune into the station.

Radio Oasis even broadcasted a live reading of excerpts from Adolf Hitler’s Mein Kampf referring to the Nazi leader’s views on the Jews. But it escaped punishment after a special juristic committee of the Ministry of Culture determined that the station was within its right to broadcast such things under the Danish free speech rules, even though they violated a Danish anti-racial discrimination law.

In recent months, as outrage over the station’s content has grown, Culture Minister Brian Mikkelsen has continuously called for the purse strings to be cut. “I find it insane and even grotesque that a Nazi promoting radio station gets money from the government. It has to stop,” he said.

The fact that Hansen and his DNSB party are able to use the airwaves of Radio Oasis for its own political views is an embarrassment for the Danish government. Culture Minister Mikkelsen wants the law to be changed so the radio station isn’t guaranteed automatic protection. But he isn’t sure whether that will happen before 2005.

Until then, Radio Oasis can continue to broadcast its neo-Nazi message -- at the expense of taxpayers.

Keeping a campaign promise that has drawn accusations of xenophobia , the man designated as Denmark’s new premier announced plans Tuesday to establish a special Ministry for Refugees, Immigrants and Integration. (November 11, 2001)

Traditionally one of the most accommodating places when it comes to refugees, Denmark has pulled the welcome mat out from underneath the feet of those wishing to enter and live in the country. (June 3, 2002)