Is "Inkheart" author Cornelia Funke Germany's J.K. Rowling? The star children's writer is releasing a sequel to her 1997 bestseller "Dragon Rider." "The Griffin's Feather" is a fantasy tale with a green message.

"Dragon Rider" is back. Nineteen years after her children's book skyrocketed to worldwide success, author Cornelia Funke is releasing a new adventure from a world that - thanks to its highly intelligent homunculi, curmudgeonly imps, talented trolls and lush nature - seems enchanted.

Funke's new book, "A Griffin's Feather," is expected in English in 2017 but is first being published in Germany on September 23 with an impressive run of 100,000 copies.

In "A Griffin's Feather," dragons take the lead role once again: innocent creatures that derive their strength from the light of the moon and share their healing powers with others. But as humans took over the planet, they nearly became extinct.

And once again, fairytale creatures find themselves in distress. The Pegasus species - those winged horses from Greek mythology standing for wisdom and lyricism - is on the brink of extinction. Three foals are still protected inside their eggs, and they can only grow if the shells are touched by a griffin's feather. 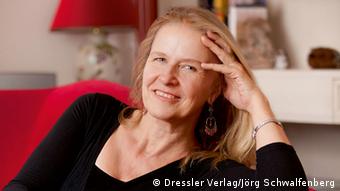 The birds live far away in Indonesia and are the dragons' archenemies. But that doesn't stop Ben - an orphaned boy who lives with a dragon-protecting family in Norway - and his silver dragon Firedrake. They quickly make their way to the Indonesian jungle.

Ben soon realizes how important it is for he and his friends to stick together if they want to get the feathers.

Funke's books are read all over the world

In the first "Dragon Rider" story, Ben and Firedrake manage to destroy a particularly evil opponent of the dragons - the monster Nettlebrand. As she did in the first book, Cornelia Funke enriches the latest action tale with unusual ideas and fascinating characters while spicing up the 400-page story with plenty of emotion and humor.

With her "Inkheart" trilogy and "C.H.I.X." books, the 57-year-old children's author has won millions of fans all over the world. Her books have been translated into 37 languages and sold over 20 million copies.

"Cornelia Funke is just an incredibly good storyteller," says Maria Linsmann, an expert on youth literature from the University of Cologne's department for youth media research. "As a pedagogue and illustrator, she combines her knowledge of children with her literary intuition and her ideas for pictures." 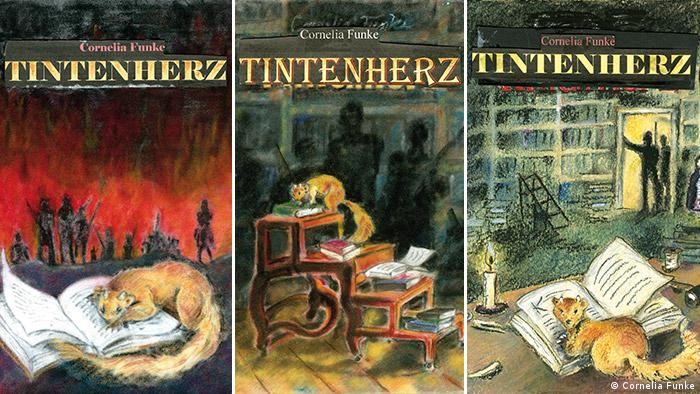 Known as 'Tinenherz' in German, Funke's 'Inkheart' series is world-famous

Ines Dettmann, director of the "Junges Literaturhaus," a center for youth literature in Cologne, calls Cornelia Funke "the German Joanne K. Rowling." Funke mixes international fairytale motives with reality, says Dettmann, and "her fantasy figures seem human and realistic." That makes it easier for readers to identify with them, she adds.

"A Griffin's Feather" is also bound to fuel her readers' addiction. But despite all the fantasy in it, Funke also touches on a serious matter. 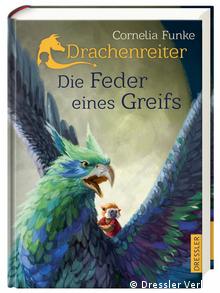 'The Griffin's Feather' will be released in English in 2017

"To me, the fantasy figures embody the amazing things in this world," says Funke. "They are essentially an expression of what enchants us about our world and what makes life worth living."

The star author, who has lived in Los Angeles since 2005, advocates and defends a certain vitality that belongs to fantasy and nature. She also wants to encourage young readers to become active in protecting the environment and the animal kingdom.

"I hope my story doesn't just bring nature closer to children. It should also give them the desire and courage to fight for it - and the assurance that their commitment can start with frogs in a meadow," says the author.

Funke herself has been involved in a number of environmental organizations and is an ambassador for the United Nations Decade on Biodiversity.

Angela Merkel from A to Z: the many faces of the chancellor

Who is Angela Merkel? Reuters journalist Andreas Rinke examines the German chancellor in a new "lexicon." He traces both her private and political lives to create a clearer picture of one of Europe's most powerful women. (19.09.2016)

In "The Vegetarian," South Korean novelist Han Kang wrote about a woman with an unusual obsession - to grow roots and become a tree. The English translation went on to great success, winning the 2016 Man Booker Prize. (12.09.2016)

The first Mickey Mouse comic in German appeared 65 years ago. Initially labeled pulp fiction, the mouse squeaked his way into the hearts of Germans; today, the comics are one of the most beloved children's magazines. (30.08.2016)