In "The Vegetarian," South Korean novelist Han Kang wrote about a woman with an unusual obsession - to grow roots and become a tree. The English translation went on to great success, winning the 2016 Man Booker Prize. 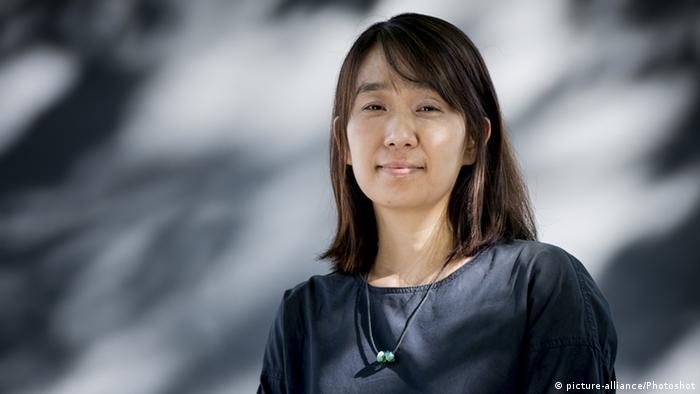 A 45-year-old teacher of creative writing, Han Kang comes from a family of writers; in her native South Korea, she is the most acclaimed female author of her generation, publishing short stories, novels and a poetry chapbook. She loves to sing, which you can see on YouTube, where she has published recordings of herself singing her own ballads.

DW's Sabine Peschel sat down with the author at the Literature Festival in Berlin to discuss Han Kang's award-winning book "The Vegetarian" and see what else she has in store.

DW: You originally published "The Vegetarian" in 2007. Why was it translated so many years later?

Han Kang: The license for the English translation was only sold in 2013, I believe. Before that, the book had been translated into Japanese, Chinese, Vietnamese, Polish, Spanish and Portuguese.

This spring you received the International Man Booker Prize 2016 - nine years after the original publication of "The Vegetarian." Were you surprised by its success after the English translation appeared?

I was surprised and I feel it is very weird - in a good way. Especially since I wrote this novel 11 years ago.

Has your book been a bestseller in Korea?

Now it is. But not nine years ago when it appeared. It has been a steady seller, but it was not broadly accepted by the ordinary audience. Since this year - after the prize - it has become a bestseller. 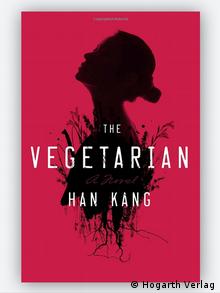 The Vegetarian originally appeared in Korea in 2007

You received a number of prizes. Does the International Man Booker Prize have a special meaning to you?

After the prize, my everyday life in Korea has been changed.

I became quite busy.

Attending a lot of talk shows?

No. I have run away from a lot of publicity. I have tried my best to come back to my desk again. I needed a peaceful corner of my own for my next work. But it took time. Now I am adjusting myself to these new circumstances. I will try to write my next book as soon as possible.

What is your next book?

It is going to be a trilogy like "The Vegetarian." I have finished one section already and have to write the remaining two. I just need some solitary time to focus on my writing.

What is the title?

I haven't decided yet.

What is it about?

After "The Vegetarian," there is another work of mine that has been translated into English, Dutch and French and will be published in Germany next year. The English title is "Human Acts." This novel deals with the massacre of Gwangju, which occurred in 1980 in my hometown.

You were born in Gwangju. What does the place signify for you? Why do you feel the need to write about historical violence? 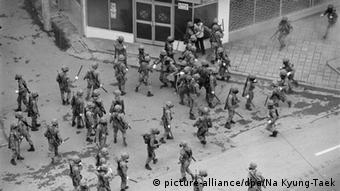 My tendency is quite internal. So everybody was surprised when I published "Human Acts" because it deals with a historical incident. But this novel started from my long-lasting question about being human. I left Gwangju with my family when I was just nine years old and moved to Seoul.

As a 12-year-old child I saw a photo book which was circulated secretly after the massacre to bear witness. I was deeply shaken, and there were two unsolvable questions in the photo book: It was about human brutality, of course, and it was about human dignity and strength as well. I remember the extremely long queue of people who wanted to donate their blood for the wounded after the mass shooting. These questions were sealed inside myself. I didn't want to write about the massacre itself. I just wanted to delve into the meaning of being human.

When I finally was 42 years old, I realized that I have to be confronted with this root of my never-ending question about being human. I began to collect materials about Gwangju and even further materials of human violence, like the Nanjing massacre or the Second World War or Bosnia - and many others. Then I could finish "Human Acts."

The question of human nature is in the center of "The Vegetarian" as well. Your hero Yeong-Hye is obsessed by the idea of turning into a plant. What gave you this idea?

In 1997, suddenly this image came to me that a woman would turn into a plant. I wrote a short story, the English title is "The Fruit of my Woman" - it has been translated into German as well. In that short story, a woman literally turns into a plant and her husband puts her into a pot and waters her. She withers, and in the last scene of the short story her husband wonders if his wife is going to bloom again next spring. It isn't a very dark story. It's kind of magic; supernatural things happen. Although the magic factors are calmly understated. 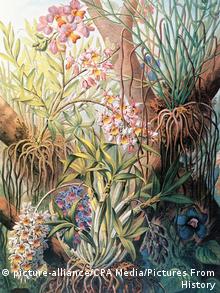 The fascination of plants - Han Kang used it in her novel

One may be tempted to categorize "The Vegetarian" as surreal, maybe even as a phantasmal novel. Would you agree?

After the short story "The Fruit of my Woman" I had this inexplicable feeling that it was not yet finished. I wanted to work again with this imagery of someone who turns into a plant. After some years, I began to write this novel. This novel is much darker and fiercer. I don't think this novel is magic or surreal. But maybe some people could understand this novel as a parable because Yeong-Hye, my protagonist, no longer wants to belong to the human race. She believes she is turning into a plant and that she is saving herself - ironically by approaching death. I think it could be read as a parable.

Your novel has been compared to Kafka's "The Metamorphosis." Do you go along with this comparison?

Since it was published in Korea - even the short story, "The Fruit of my Woman" - some people compared it with "The Metamorphosis" by Kafka. Of course I read Kafka when I was a teenager like everyone else, and I think Kafka has become part of this world. I like his works.

Then there is also a traditional story about a scholar in Joseon Dynasty, the old Korea. In this story, there is a scholar who comes from his hard office work. When he enters his room, it is filled with flowers and trees and he sleeps beside the trees and he talks with the trees; that is the way he seeks peace. And I remember I read a line from a 1920s poet, the name of the poet is Yi Sang. It says, "I want to believe human beings should be plants." I read it when I was a university student. Well, Kafka, this traditional story, Yi Sang, and many other things just lived inside me. None of them was a direct influence.

Some critics have written that your novels always deal with topics of violence and mourning or grief. Is your novel "The Vegetarian" rooted in Korean society?

I think this novel has some layers, like questioning the possibility or impossibility of rejecting human violence, of obtaining innocence in a perfectionist way, and the difficulty of understanding others, defining madness and sanity, and so on. While I was writing the novel I felt those were very universal questions. I don't agree with the reception that this novel is a singular indictment against Korean society or patriarchy.

It describes a lot of violence against this special woman and her desire to dissolve. Was it the more general phenomenon of brutality against women that interested you?

I can say there is a layer in the novel of the voice of women screaming silently, yes. But I think if you interpret the novel just as a female voice it could be reducing this book. Yes, there is the father of this protagonist Yeong-Hye, who is a veteran of the Vietnam War. There is a very violent scene where he forces his daughter to eat meat by a physical act. This scene is overlapped when the medical doctors are force-feeding Yeong-Hye in the psychiatric hospital. At the risk of oversimplifying, you could say that they are personifying violence against the determination of Yeong-Hye.

Is she an anti-hero?

Some people say she is very passive or too weak. But I don't think so. I think she is a very determined and strong person. Very persevering. She doesn't have her own voice. She is observed as an object. But she is a really determined person. I hope the readers could collect the fragments of the observation of the people who are surrounding her. Yes, I think you could call her an anti-hero.

I thought this was the only way to present this curious way of Yeong-Hye. She is very determined and I didn't think I could depict her determination in an ordinary way. I didn't give her a voice. The only part she speaks herself is in the first section when she recounts her dream. Readers could taste the dream and then follow the imagination on their own.

Yeong-Hye stops eating. You describe it so intensely. Have you observed someone with anorexia?

It is just my way of writing - I try to experience, to feel together with my characters. This novel doesn't have any personal factors of mine.

Is it a phenomenon in Korean society that interests you?

No, but "The Vegetarian" is my third novel. There is a character in my second novel that was suffering from anorexia. That's why I have a certain knowledge of that illness. But Yeong-Hye's illness is very different from "normal" anorexia. I read a lot of material to make myself familiar with it to write my second novel.

The second part of the novel is written from the perspective of Yeong-Hye's sister's husband who is fascinated by the idea of turning her into a piece of art by painting her body with flowers and making love to her. It is to a large extent about sexuality and passion. Why is it only love without love?

Now I do have to ask: Is the novel, simply put, a protest against inhumanity and human suffering?

Yeong-Hye doesn't want to belong to human kind any more. It is her suffering and her determination, I think, that are the core of this book. My writing and my questions, they are intertwined, they are going together. I hope all my questions are truthful and sincere.

"The Vegetarian" was translated by Deborah Smith and released in English by Portobello Books in 2015.

In an interview with DW, literary agent Barbara Zitwer discusses Korean literature and its global appeal after the success of Han Kang's "The Vegetarian," which recently won the 2016 Man Booker International Prize. (19.05.2016)

Can populism be fought with words? A worldwide literature reading seeks to better understand democracy and its threats with texts by famous authors such as Arundhati Roy, Susan Sontag and Max Weber. (07.09.2016)

Video from the series "K-Literature Writers"