With its home base in Lviv, Ukraine, the LvivMozArt festival celebrates the region's cultural heritage. The opening concert in the ruins of a synagogue recalls painful episodes in Ukraine's history. 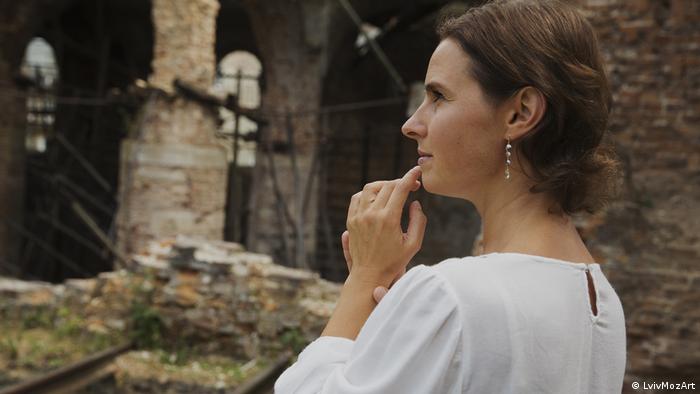 At age 41, Oksana Lyniv is a powerful woman in the still male-dominated world of orchestral conductors, currently working as the chief conductor of the Graz Opera and the Graz Philharmonic Orchestra in Austria.

But she also founded a youth orchestra and a festival in her homeland, Ukraine, now taking place for the third time, from August 3-11, in Lviv and its surroundings.

Lyniv did not launch the festival to simply serve up musical events for locals and tourists. Instead, she sees the project as a cultural policy platform, with the ambitious goal of putting the region back on Western Europe's cultural map.

Lviv may be a tourist magnet, but the surrounding region of Eastern Galicia is off the beaten track — despite its exciting history and culture: "It's an area where trade routes, languages ​​and cultures have been intersecting, blending and enhancing each other for centuries," Oksana Lyniv told DW.

From Mozart's son to Joseph Roth

LvivMozArt was named after Franz Xaver Mozart. The youngest son of Wolfgang Amadeus Mozart settled in Lviv in 1813 and worked there for three decades.

The music of the two Mozarts, father and son, is a pillor of the festival program, which also highlights other cultural links between western Europe and the historical region around Lviv, which for centuries was torn between the Austrian and the Russian Empires, later the Soviet Union.

Those ties materialized in the works of the Austrian writer and journalist Joseph Roth, to whom this year's LvivMozArt festival is dedicated. "Joseph Roth was a humanist and an important figure in the relations between Ukraine and German-speaking Europe," says Lyniv. "His fate reflects the dramatic history of our peoples in the 20th century." 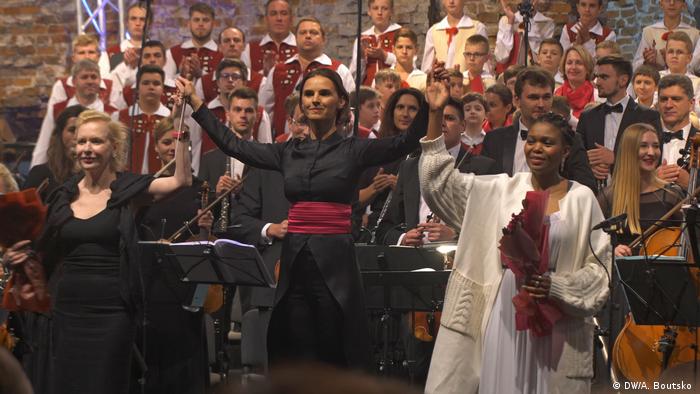 The opening concert of the 2019 LvivMozArt festival

The fight for Ukrainian cultural autonomy

One of the first to campaign for the cultural autonomy of Ukraine, Roth asked in the 1920s why one of the major peoples of Eastern Europe still didn't have its own state.

Born into a orthodox Jewish family 125 years ago in Brody, roughly 100 kilometers (60 miles) northeast of Lviv, Roth left Brody at age 19. In 1933, his works went up in flames in Nazi Germany, and he died in 1939 in Paris. The unique culture of Jewish shetls, which Brody knew in his youth, with its bizarre, amiable and broken figures, was always a source of inspiration for him.

This year's opening performance of the LvivMozArt Festival was held not in the big city of Lviv but in Roth's home town: Brody is now a provincial nest with not quite 24,000 inhabitants. It's a place with much charm but lacking a concert hall, so the backdrop for the open air concert were the impressive ruins of Brody's once magnificant central synagoge, destroyed in World War II and never rebuilt.

The event bringing together nearly 200 artists — orchestra, choir and international soloists — is certainly unique in Brody's more than 1,000-year history. In memory of Roth, Leonard Bernstein's "Kaddish" Symphony was performed on August 4; the composer's parents had fled to the US from Rivne, another city in that part of Ukraine. 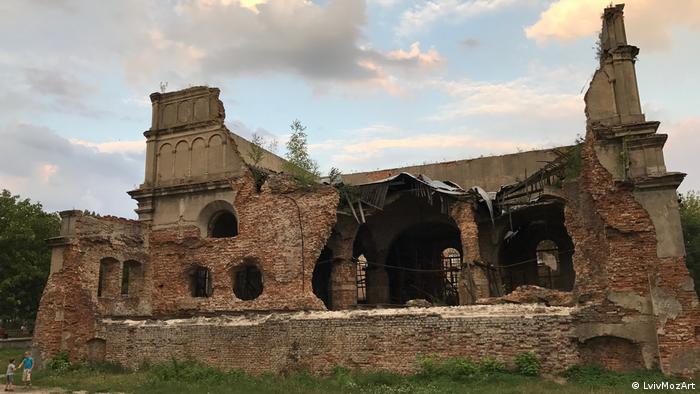 The ruins of Brody's synagogue

The concert was not only a tribute to Joseph Roth but also to the thousands of Jewish Galicians who were victims of pogroms and mass exterminations in Ukraine in the 20th century. At the end of the 19th century, over 80 percent of Brody's population was Jewish; the town was seen as the "Jerusalem" of Galicia. When the Germans occupied the schtetls in 1941, they counted only about 3,000 Jewish residents, and of them, only 88 survived the Holocaust.

The concert in Brody was a homecoming for conductor Oksana Lyniv: She was born and grew up there, just a few streets away from the ruins of the synagogue. Her parents still live in the house where she grew up. The pride of her family and of the city, Lyniv returns to her hometown to recharge her batteries. "The further you get, the more important it is to remember your origins. You can only understand where you're going if you know where you come from," says the maestra.

Ukraine's newly founded youth orchestra is to perform at Germany's Beethovenfest this week. Its conductor, Oksana Lyniv, tells DW why music and cultural exchange are more important than ever in her country. (12.09.2017)

Commissioned by DW, the young star composer Bohdan Sehin composed a work for the Beethovenfest that revisits the rich folklore of Galicia, the historical region surrounding Lviv. (13.09.2017)