In Joseph Roth's novel about Job, no terrible twist of fate is left out: delirium, illness, the loss of a homeland. How can the almighty allow these hardships? The loyalty of one Jewish believer is put to a trying test. 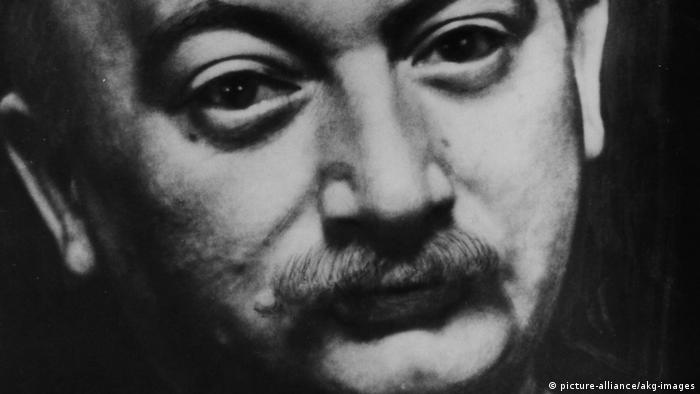 "Many years ago there lived in Zuchnow in Russia, a man named Mendel Singer. He was pious, godfearing, and ordinary, an entirely commonplace Jew. He practiced the simple profession of a teacher. In his house, which was merely a roomy kitchen, he instructed children in the knowledge of the Bible. He taught with honourable zeal and without notable success. ...Nevertheless his life flowed along like a poor little brook between bare banks. Every morning Mendel thanked God for his sleeping, for his awakening, and for the dawning day."

Where is God's grace?

Joseph Roth's novel begins like a simple fairy tale. But the search for a brilliantly-colored fantasy world with shining heroes is done in vain.

The book tells the story of a teacher of the Torah, Mendel Singer, who lives in a small Jewish shtetl, as villages formerly found in Eastern Europe were called, around the turn of the century. As it goes on, the tale shows him being led further and further toward catastrophe. Like Job from the Old Testament, Mendel's faithfulness to God is tested with grave suffering.

The youngest of Singer's four children suffers from epilepsy and is tormented by his siblings. As his sons begin to rebel, his daughter crosses the lines of their strict religious rules, partaking in innumerable affairs. Finally, the Singers emigrate to the US, losing their children to the war and in the madness of the time.

"I am not afraid of hell; (...) I have already suffered all the tortures of hell. The Devil is kinder than God. Since he is not mighty, he cannot be so cruel."

Running away from life

Although at the end of the novel, the father is reunited with his beloved son, long believed lost, it is far too unexpected to be understood as a truly happy ending.

Did Joseph Roth's quiet hopes lead him to allow good to triumph, at least in literature? When he published Job in 1930, between the two world wars, he himself was at one of the lowest points in his life.

His wife Friederike suffered from schizophrenia. An odyssey through countless closed institutions began. Guilt plagued him. Shortly after Hitler's seizure of power, Joseph Roth, Jewish, went into exile. With a heavy heart, he had to leave his wife behind. She later perished in the Nazis' euthanasia program. 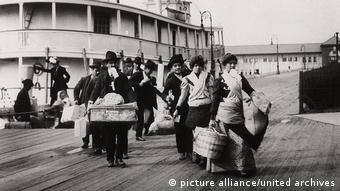 Like thousands of others, the Singers set off for America to try their luck at a new life

The flight was not only an escape from political barbarism, but also from himself.

Joseph Roth, born on the eastern edge of the Habsburg Empire, near the Russian border, lived a life of extremes. The poor Nobody from the Galician province had become, at one point, one of the most dazzling journalists of the Weimar Republic. At the age of 44, suffering from alcoholism, the writer died in a Parisian hospital for the poor.

A little lost, but a workaholic

"I only know the world when I write, and I'm lost when I put the quill down," Roth admitted to his friend, novelist Stefan Zweig in 1936. Maybe that's why he threw himself so excessively into his work. Along with 16 novels, including masterpieces such as Job and Radetzky March, he produced countless stories in just 20 years. His life clock seems to have ticked faster than others.

Yet this man, whose literature is worshiped by die-hard fans to this day, proved something of a chameleon — elusive, strangely without edge. Full of contradiction, there was hardly a political statement from him that he did not turn on its head another day. He admired the Habsburg Monarchy, but also worked for left-leaning papers.

When he wrote Job, his close friends considered him a devout Jew. Yet he told others that he had converted to Catholicism. At his funeral, Jews and Christians argued about what rite Roth should have at his burial. The writer remained, even to the end, torn.

The Austrian poet and journalist Joseph Roth was born in 1894 in Brody, Galicia (near present-day Lviv) and died in exile in Paris in 1939.

Joseph And His Brothers - An Off-Year Production in Oberammergau