Sri Lanka has announced plans to create a truth commission and reconciliation office aimed at addressing war crimes committed during the country's decades-long civil war. At least 100,000 were killed during the conflict. 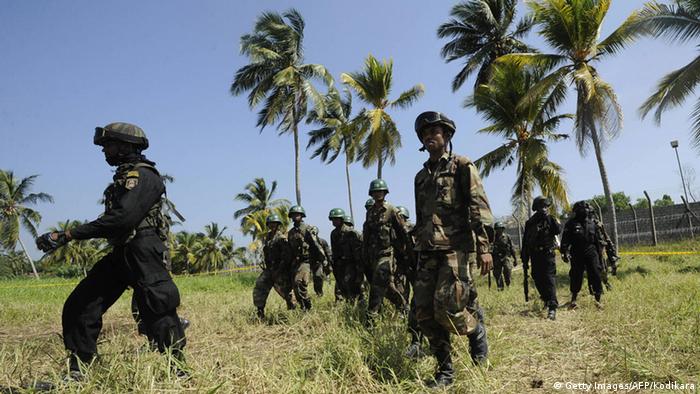 Sri Lanka's new government announced on Monday that it would be creating a new office for war reparations and a truth commission in the wake of a decades-long civil war between state forces and "Tamil Tiger" guerrillas that began in 1983.

Samaraweera said Sri Lanka sought assistance from authorities in South Africa and others in order to create a "Commission for Truth, Justice, Reconciliation and non-recurrence," similar to the one established in South Africa following the apartheid era.

"We realize how important this is to prevent impunity not only for violations of human rights but for corruption and other crimes," the minister said.

Samaraweera's statement came hours after the UN Human Rights Council announced that it would be releasing a report on war crimes committed during the country's civil war, in which at least 100,000 people died.

The report was delayed by six months at the behest of UN High Commissioner for Human Rights Zeid Raad al-Hussein in order to give the new government under President Maithripala Sirisena the opportunity to cooperate with investigators.

During former President Mahinda Rajapakse's tenure, a final offensive lead to the killing of up to 40,000 ethnic Tamil civilians, an onslaught decried by human rights organizations in 2009.

The UN report is expected to call for a judicial process to try officials who served during Rajapakse's rule.