Sri Lanka ′on right track′ to achieving sustainable democracy | Asia| An in-depth look at news from across the continent | DW | 30.01.2015

After coming to power, Sri Lanka's President Sirisena took steps that observers believe are a major shift from the previous government's policies. But analyst Siegfried O. Wolf says Sirisena still has a lot more to do. 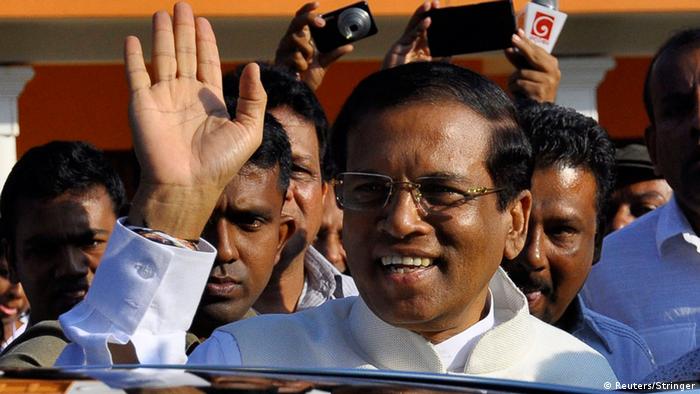 Sri Lanka's new leader Maithripala Sirisena, who defeated former president Mahinda Rajapksa in the January 8 poll, says he wants to reverse the "revenge politics" of the former regime as he recently reinstated the country's former chief justice Shirani Bandaranayake, who was impeached two years ago after she refused to support a law granting greater powers to Rajapaksa's brother.

The proposed reforms, to be enacted in the first 100 days of Sirisena being in office, focus on the abolition of the executive presidency and the re-establishment of independent commissions to oversee the police, civil service and judiciary and to monitor human rights. However, the new leader may have trouble finding the two-thirds majority in parliament needed for constitutional reforms, or winning such a majority through the election of a new parliament.

In a DW interview Siegfried O. Wolf, a senior research fellow and lecturer in International and Comparative Politics at the University of Heidelberg's South Asia Institute, talks about the changing domestic and foreign policies under the new president. 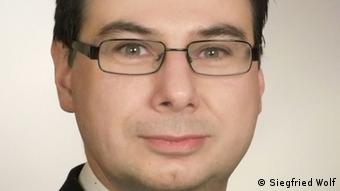 O. Wolf: 'Sirisena's policies could lead to the re-strengthening of the constitution and the country's political institutions'

DW: President Sirisena has reappointed Bandaranayake as the country's Chief Justice. What does the move symbolize?

Siegfried O. Wolf: Shirani Bandaranayake's reinstatement is one of the several measures taken by the new president to bring the country back on the democratic path. Therefore, the decision should be looked at in the same context as the appointment of opposition leader Ranil Wickremesinghe as new prime minister and the announcement of parliamentary elections.

President Sirisena's policies could lead to the re-strengthening of the constitution, the country's political institutions, and the reintroduction of the separation of powers as well as a complete break from Rajapaksa's authoritarian regime. The country is on the right track to achieving and consolidating democracy.

The major puzzle in this direction is why Sri Lanka was not able to avoid "quasi-dictatorship" and civil war despite its long-lasting democratic institutions. In the past, the country's ruling Sinhalese elite lacked the willingness to construct a democratic multi-ethnic society and excluded its ethnic minorities. Democracy in Sri Lanka was interpreted as a majoritarian rule without adequate minority protection.

In addition, former President Mahindra Rajapaksa truncated the democratic process and wasted the chance for national reconciliation. His economic policy, which led to remarkable economic growth, focused only on establishing mega projects and failed to trickle down the benefits to the poor in general and the country's minorities in particular.

One of the major tasks for the new regime will be to involve the North as well as the East, where the majority of Tamils and Muslims live, in the decision making process and initiate a fair mechanism for the distribution of national resources. In this regard, the most important issue will be how the political class and political system deal with these new challenges. The presidential election definitely promised a step towards a democratic shift.

However, President Maithripala Sirisena has to carry out far-reaching constitutional and economic reforms, end corruption and nepotism, ensure that the rule of law applies to everyone without any ethnic and religious discrimination, to work towards national reconciliation and integration, which most likely will have to encompass the issue of federal mechanisms.

Has the January presidential election heralded an end to ethnic tensions in Sri Lanka?

After the war, the South Asian island nation was perceived as a classic example in which democracy facilitated the majority rule and the marginalization of minorities based on a vision of ethnic exclusiveness and authoritarianism. This greatly reduced the stabilization and consolidation of democracy in the country.

As such, the political decision making processes turned out to be a problem rather than a solution in Sri Lanka due to the fact that it perpetuated the domination of one group over the other. In this context, political observers traditionally point out that the paradigm between the majority rule and ethnic outbidding is the major aberration in the nation's institutional development, which has produced 'undemocratic results' so far.

However, the latest presidential elections showed that the country's minorities, especially the Hindu Tamils and Muslims, have the opportunity to influence the electoral politics significantly. This will be one of factors that will determine whether the ethnic conflict is going to end. 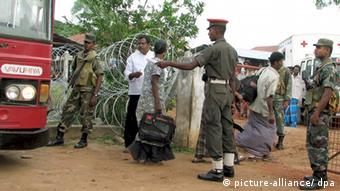 O. Wolf: ' Democracy in Sri Lanka was interpreted as a majoritarian rule without adequate minority protection'

Should we also expect a major shift in Sri Lanka's foreign policy under the new president?

Many observers in India and the West were concerned about Sri Lanka's growing ties with China during the last government. Apparently, the Rajapaksa regime tried to get Beijing on its side to deal with the increasing political and economic pressure from the West, especially from the US and the EU.

In this context, Rajapaksa attempted to gain from the competition between China and India over influence on his country. Under the new government, one should expect a more sensitive foreign policy addressing Indian and Western concerns regarding maritime security as well as human rights issues.

Siegfried O. Wolf is a senior research fellow and lecturer in International and Comparative Politics at the University of Heidelberg's South Asia Institute.