Spike in radioactivity measured in Germany, other European countries

German authorities have measured an increase in radioactive material in the air. Officials say there is no risk to human health whatsoever, but are puzzling over its source. 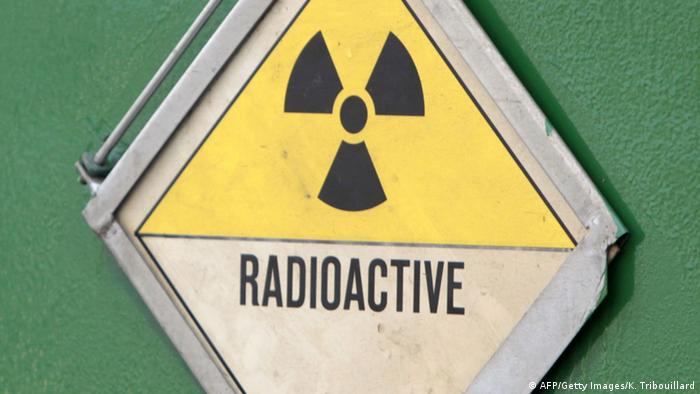 There has been an increase in radioactivity measured in the air across parts of Central and Western Europe over the past week, Germany's Office for Radiation Protection said.

Since September 29, a slight increase in the isotope Ruthenium-106 has been measured in the air in Germany, Italy, Austria, Switzerland and France.

Read more on the topic

- Nuclear waste - where to store it for eternity?

The low levels do not pose a threat to human health, the Office for Radiation Protection said. It also stressed that the source could not be an accident at a nuclear power plant.

Officials do not know the cause of the elevated radiation levels, but they believe it may have originated from Eastern Europe.

Among other things, Ruthenium-106 is used for chemotherapy to treat eye tumors.  It is also occasionally used in so-called radioisotope thermoelectric generators (RTGs), which provide power to satellites. It's one of the more stable, least dangerous, ruthenium isotopes.

A new cover for the Chernobyl sarcophagus

A new radiation cover for the Chernobyl reactor ruin will be officially put into service today, after six years of construction. The building is designed to contain and eventually aid the removal of radioactive debris. (29.11.2016)

Radioactivity in the nature in the Czech Republic