In the first arrangement of its kind outside the US, American film director Steven Spielberg's Shoah Foundation granted a Berlin university access to its thousands of videotaped interviews with Holocaust survivors. 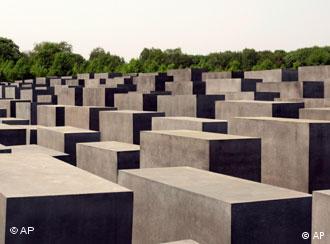 One could call it a Holocaust denier's worst nightmare -- 52,000 interviews on 120,000 hours of tape in 32 languages with witnesses from 56 countries to the mass murder perpetuated by Nazis.

"History is not only comprised of numbers and facts but also the course of people's lives and fates," said FU President Dieter Lenzen. "That is exactly what this archive documents."

While the famous director was shooting his award-winning 1993 film "Schindler's List" in Poland, he encountered numerous Holocaust survivors who expressed a wish that their stories survive them for the generations to come. 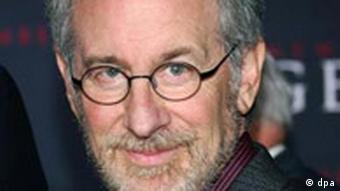 Spielberg donated millions of his own to the project

A year later, Spielberg took what he calls "blood money," the profits from the film, and created the Shoah Foundation, which began to document survivors' testimony. Spielberg has injected about $65 million (45 million euros) into the project.

The bulk of the interviews are with survivors, mostly Jews but also homosexuals, Roma, Jehovah's Witnesses and political prisoners. Others are with witnesses, liberators of the camps, members of aid organizations and people who testified at war crimes tribunals after World War II.

Although the Shoah Foundation made more than 1,000 interviews available to Berlin's Jewish Museum in 2004, the agreement with the FU marks the first time that a non-US institution has received access to the entire archive. So far, four American universities have access. 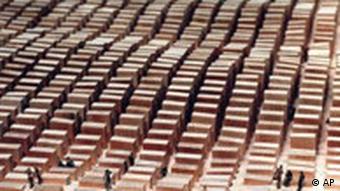 The video archive is a living memorial to the Holocaust

Douglas Greenberg, director of the Shoah Foundation Institute for Visual History and Education, said one of the organization's most important goals was to provide access to the archive to as broad an audience as possible.

As result, students, teachers and researchers will have direct online access to the information stored in the data bank of the California university.

Already, the project is producing spin-offs. Yehuda Bauer, a respected Israeli historian is writing a new book on six European Jewish communities that were erased during the Holocaust. American historian Christopher Browning is working on a book about the history of a little known Nazi concentration camp in Poland. Greenberg and his students are also using the material to create a film on the taboo topic of "love and sex during the Holocaust."