According to German news magazine Der Spiegel, the US National Security Agency kept a spy database on more than 100 world leaders. This included 300 files on German Chancellor Angela Merkel. 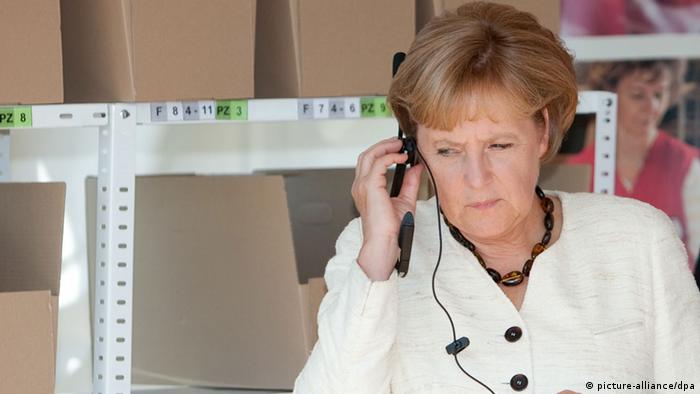 The Spiegel article, published on Saturday, cited a top-secret document from former United States National Security Agency (NSA) contractor Edward Snowden as the source for its information. According to documents shared with the magazine by Snowden, the NSA maintained a database of world leaders that were under the agency's surveillance in May 2009.

The list was 122 names long, but only 12 of these names were shared with Spiegel. These names, sorted alphabetically by first name, included Belarusian President Alexander Lukashenko, and Yulia Tymoshenko, who was prime minister of Ukraine at the time.

German Chancellor Angela Merkel was also among the 122 names in the NSA world leader spy database. According to Der Spiegel, the NSA had more than 300 files on Merkel in the database.

A previous leak of top-secret NSA documents from Snowden last year revealed that the NSA had been tapping Merkel's mobile phone. The new information shows that Merkel was a specific target of NSA espionage activity, which could factor in a decision by German federal prosecutors to open an investigation into the alleged espionage.

The German parliament has already agreed to launch its own investigation next month.

The Spiegel story also indicated that Britain's GCHQ intelligence service infiltrated German internet firms and that the US National Security Agency (NSA) obtained a court order to spy on Germany.

German companies were apparently targeted by British spies who observed their employees and infiltrated their networks.

The NSA and GCHQ operated a joint listening station in Cornwall, in the southwest of England, according to the report.