Spain's acting Prime Minister Mariano Rajoy warned that the country may be forced to hold a third round of elections within a year. He accused his Socialist rival of refusing to cooperate in forming a government. 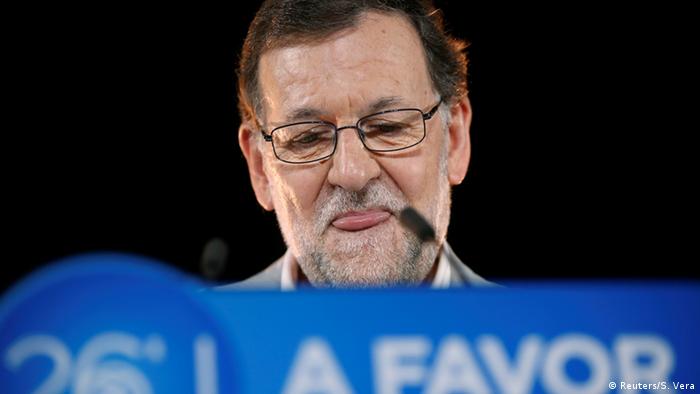 Even as parties in Spain reiterate the need for a stable government after repeat elections, none appear ready to overcome their differences to form a coalition deal - including Socialist party chief Pedro Sanchez, according to Prime Minister Rajoy.

"If Mr. Sanchez continues to say no, we will go to repeat elections," Rajoy told reporters. His conservative Popular Party (PP) had come first in the country's June polls, leaving him with the seemingly insurmountable task to form a coalition or minority government.

"A country that holds three elections in a year - or one in which its political leaders are incapable of agreeing - will not see its reputation improve," he said, adding that another round of election would amount to an "absurdity."

"With this Socialist 'no', the situation remains blocked and this takes us to a third election," Rajoy added.

His comments came after Spain's two main political parties had finished another round of fruitless talks to form a new government. Spain has been without a fully functioning government for more than seven months following two inconclusive polls resulting in hung parliaments, leaving the country in political limbo.

A rapidly-approaching deadline to present 2017's budget to the European Commission in Brussels by mid-October has added urgency to the issue; missing that deadline could cause concern as Spain tries to trim its public deficit. But many are already fed up with years of crisis-sparked austerity in Spain amid repeated corruption scandals.

Spain's economic recovery process has largely managed to weather the country's political uncertainty due to marked growth in the tourism sector; however, economists believe that 2017 could be a rocky year for Spain's struggling markets.