Tens of thousands of people from Spain's autonomous Basque Country have joined hands to form a 202- kilometer human chain. The gesture comes as locals push for the right to hold an independence referendum. 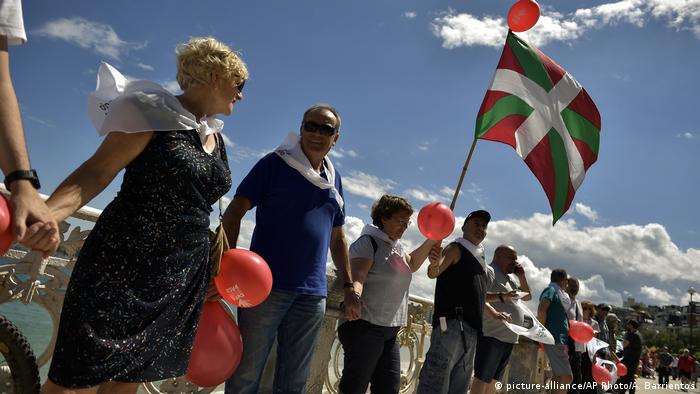 More than 175,000 people in Spain's Basque Country joined to form a 202 kilometer-long human chain on Sunday, as they called for the right to host a referendum on independence form Madrid.

The chain extended from the city of San Sebastian all the way to the Basque parliament in Vitoria-Gasteiz, the capital of the autonomous region.

The protest was organized by the Basque group Gure Esku Dago (In Our Own Hands).

The Basque Country has more autonomy than any of Spain's other sixteen regions, with its own police force, education system, language and special financial arrangement with Madrid. 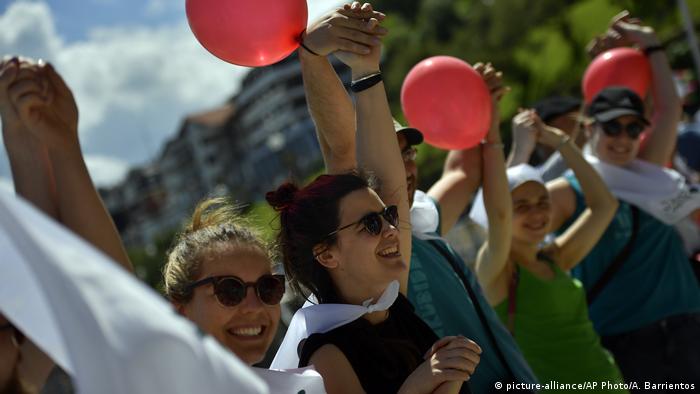 While only a small minority of the Basque population support independence from Spain, most believe the region should have the right to vote on the issue

While polls suggest that a vast majority of Basque people do not support full independence (only around 15 percent back total secession from Madrid), many nevertheless believe that the people should have the right to vote on the issue.

However, the Spanish government and the constitutional court maintain that any regional plebiscite on independence is illegal.

The Spanish Constitution, created in 1978 following the end of General Francisco Franco's dictatorship, states that the country is indivisible, referring to the "indissoluble unity of the Spanish Nation." 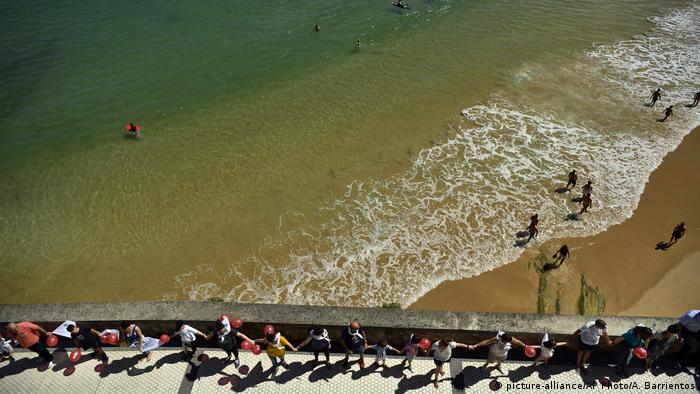 The human chain started in San Sebastian and extended 202km, all the way to the Basque capital of Vitoria

Last year's attempts by the Catalan government to hold an independence vote were met with a brutal crackdown by Spanish security forces. Catalonia's subsequent declaration of independence prompted Madrid to take temporary control of the regional parliament and detain dissident civil servants who took part in the vote.

Spain's former conservative prime minister, Mariano Rajoy, was widely criticized for his handling of the Catalan crisis. He was replaced by Socialist leader Pedro Sanchez after a no confidence vote on June 1 — a move backed by the autonomous Basque and Catalan governments.

Since taking power, Sanchez has indicated that he favors a more federal approach and that he would be willing to amend the constitution to grant the autonomous regions greater self-determination. However, he was stopped short of advocating for Catalonia or the Basque Country's right to full secession.

Catalonia's regional government plans to hold its independence referendum on Sunday. But separatist movements are not unique to Spain: Several other European regions have aspirations of becoming autonomous. (30.09.2017)