Following a landmark ruling by the Supreme Court last month, Spain has set a date to remove the remains of former far-right authoritarian dictator Francisco Franco from a state mausoleum. 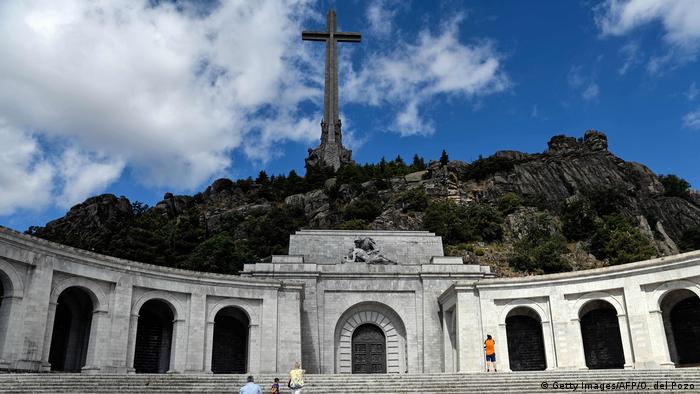 The remains of former dictator General Francisco Franco will be exhumed on October 24, the Spanish government announced on Monday.

Franco's remains will be taken from the mausoleum at the Valley of the Fallen complex outside Madrid. They will then be transferred to a discreet grave close to the capital by helicopter.

The reburial will be attended by close family. Justice Minister Dolores Delgado will be present in her role as "First Notary of the Kingdom."

The exhumation takes place just ahead of a general election on November 10. A Supreme Court ruling last month allowing the exhumation ended decades of controversy over his burial place.

Franco's family lost a legal battle to either keep his remains in the Valley of the Fallen or have them moved to a family burial site in Madrid's Almudena Cathedral.

The country's acting Socialist government decided to move the body in its effort to turn the Valley of the Fallen into a place of national reconciliation. The site had been established by Franco himself, as a monument to his own Nationalist troops who died in the Spanish Civil War (1936-39). The bodies of some 34,000 Spaniards are also buried there, including those who fought against Franco on the Republican side.

Franco led a far-right military dictatorship in Spain from 1939 until his death in 1975.

Around one million people left Spain during the financial crisis. An electoral reform at home has made it all but impossible for them to cast a ballot from abroad. Enrique Anarte reports. (19.04.2019)

Inside Europe: Franco's remains to be exhumed