The Supreme Court ruling could possibly put an end to decades of controversy over the former dictator's burial place. Francisco Franco's rule, from 1939 to 1975, was characterized by brutal political repression. 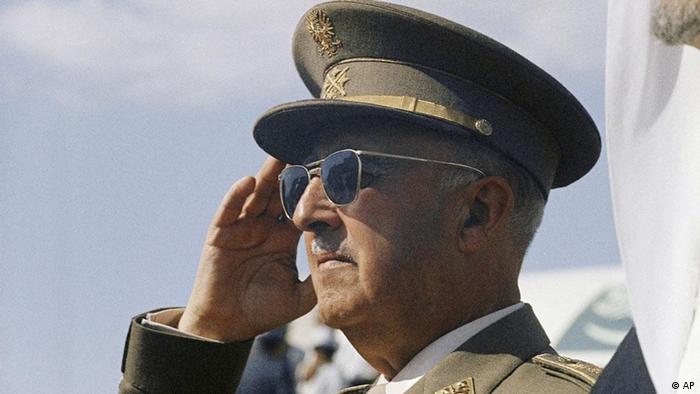 In a landmark verdict on Tuesday, the Spanish top court said the government is allowed to remove the remains of former fascist dictator Francisco Franco from a state mausoleum, rejecting an appeal against it by his descendants.

"The fourth section of the third chamber has unanimously agreed to dismiss in its entirety the appeal filed by the family of Francisco Franco in relation to the exhumation of Francisco Franco agreed on by the government," the Supreme Court statement said.

After the Supreme Court's decision, Prime Minister Pedro Sanchez's socialist government can go ahead with its plans to transfer the dictator's remains from the Valley of the Fallen mausoleum to the family tomb at Mingorrubio El Padro, a cemetery on Madrid's outskirts.

Prime Minister Sanchez hailed the court's decision. "Today is a great victory for Spanish democracy," he wrote on Twitter, adding that his government was determined "to redress the suffering of victims of Francoism."

Spain's socialists have long sought to turn the Valley of the Fallen mausoleum into a memorial for about 50,000 people who died in Franco's civil war.

Franco, who ruled Spain from his victory in the 1936-1939 civil war until his death in 1975, remains a divisive political figure in the country. His rule was characterized by authoritarianism and brutal repression. Thousands of political prisoners and other people remain missing, four decades after his rule ended with his death.

After Spain's transition to democracy in the 1970s, many people in Franco's fascist regime were pardoned for their crimes in the name of national reconciliation. But these pardons have fostered resentment throughout the country, and the Valley of the Fallen mausoleum, where Franco and many of the war dead are buried, is the most visible symbol of that resentment.

Many in Spain hope that once Franco's remains are exhumed, they will be allowed to retrieve their loved ones and give them a proper burial.

Read more: Franco homage to be dropped from Spanish town

In February, the Spanish government told Franco's family to remove his remains from the opulent mausoleum in the Valley of the Fallen.

Franco's family had appealed to the Supreme Court to stop the government from both exhuming the former dictator's remains and its plans to move them to the El Padro cemetery. Were the dictator's remains to be moved, the family wanted them to go to the Almudena Roman Catholic Cathedral, adjacent to the Royal Palace in central Madrid, alongside Franco's daughter.

The government said in a report last December that the Almudena cathedral was not suitable as a burial place, citing security reasons.