Spain rescues over 500 migrants from Mediterranean

The migrants were from various countries in North and sub-Saharan Africa. Three of the boats were in such a poor condition that they sank moments after the people were rescued from them. 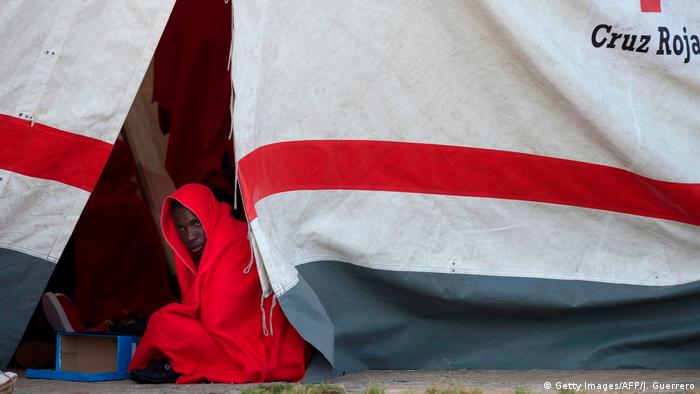 Spanish authorities rescued 532 migrants this weekend from more than 15 boats making the dangerous journey across the Mediterranean to Europe.

Spanish rescue boats intercepted eight small boats with almost 250 people onboard off Spain's southern coast on Sunday, a day after they rescued close to 300 people from nine vessels.

The migrants were from various countries in North and sub-Saharan Africa.

Three of the boats intercepted on Sunday were in such a bad state that they sank just moments after their occupants were pulled out.

Favorable weather in the Strait of Gibraltar, the narrowest passage of the Mediterranean Sea separating Spain from Morocco, is prompting more and more migrants to undertake the perilous sea journey.

The number of African migrants attempting to cross to Spain via the Strait of Gibraltar or the Sea of Alboran has gone up significantly in recent years, mainly due to Italy — the busiest gateway for migrants arriving in Europe via the Mediterranean — putting in place aggressive measures to stem migrant arrivals on its shores.

Nearly 7,000 people have been rescued trying to enter Spain by sea this year, nearly double the number of migrants who were saved during the same period in 2017, according to the International Organization for Migration.

Europe's border agency, Frontex, said in January that it expected a further increase in sea crossings into Spain this year, with flows boosted by the use of fast boats.

Surge in migrant arrivals in Spain

Recent numbers of migrants arriving on European shores suggest shifting migration routes. While numbers in Italy fell sharply in July and August, Spain is experiencing a peak in refugee numbers. (18.08.2017)

Germany wants a new process to repatriate some 30,000 undocumented Nigerian migrants. This week, it sent a diplomat to Abuja with a proposal. Nigeria's foreign minister spoke to DW correspondent Ubale Musa. (17.05.2018)