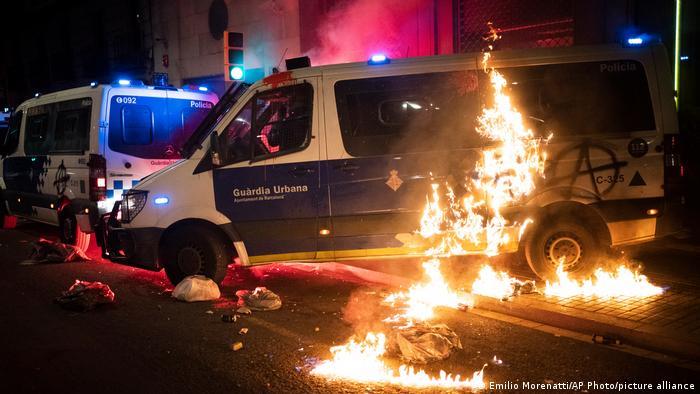 Protesters in Barcelona set one of the police vans on fire, along with many rubbish bins.

Protests over the jailing of a Spanish rapper in a highly contentious free speech case turned violent again, after a brief respite, in the city of Barcelona where a police van was torched, and looting broke out on Saturday.

Spain has been hit by widespread demonstrations since police jailed rapper Pablo Hasel on February 16.

Several thousands of people marched peacefully on Saturday before small groups of people spun off and engaged in acts of vandalism.

The protests turned violent by evening, with some protesters setting one of the police vans on fire, along with many rubbish bins.

"Hooded rioters" also looted bank branches — one of which was set ablaze — and shops, according to the police. 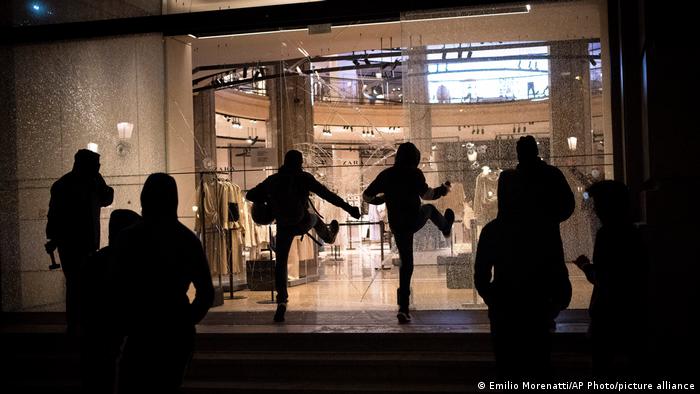 A section of protesters spun off and attacked shops, smashing windows, and damaging property.

Some protesters also clashed with the police, and 10 people were arrested for assaulting officers. One of the protesters was seen hurling a Molotov cocktail at police during the clashes.

More than 110 protesters have been arrested since Hasel's arrest last week.

While protests were also held in other cities of Spain, Saturday's violence was most pronounced in Barcelona, the capital of Hasel's home region of Catalonia.

The flare-up of violence came up after a few days of tense calm. 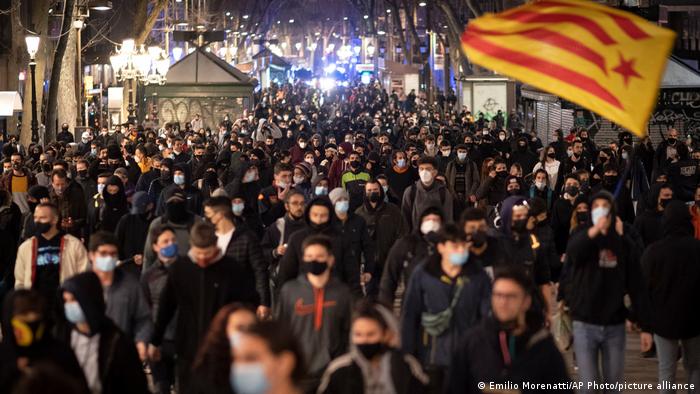 Who is Pablo Hasel?

Hasel, a 32-year-old rapper known for his anti-establishment lyrics, was sent to prison to serve a 9-month sentence for insulting the monarchy and glorifying terrorism.

Hasel was convicted in 2018 for a string of tweets calling former king Juan Carlos I a mafia boss and accusing police of torturing and killing demonstrators and migrants. 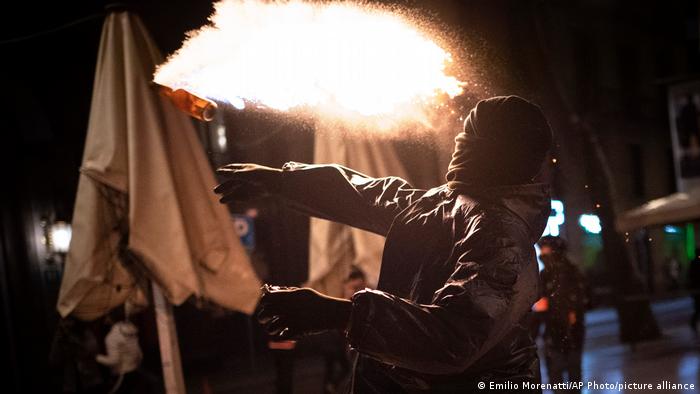 One of the protesters was seen hurling a Molotov cocktail at police during the clashes.

He was arrested after a 24-hour standoff with the police at a university in Lleida where the protests first began.

Since his arrest protesters have turned out most nights demanding that the rapper be released.

While the protests began over the jailing of Hasel, they have since broadened to include other social causes, such as the EU's unemployment rate and increasing rent prices.

Spanish rapper Pablo Hasel's arrest has sparked protests in major cities, with critics calling his prosecution an assault on free speech. The artist was convicted for insulting the monarchy and glorifying terrorism.