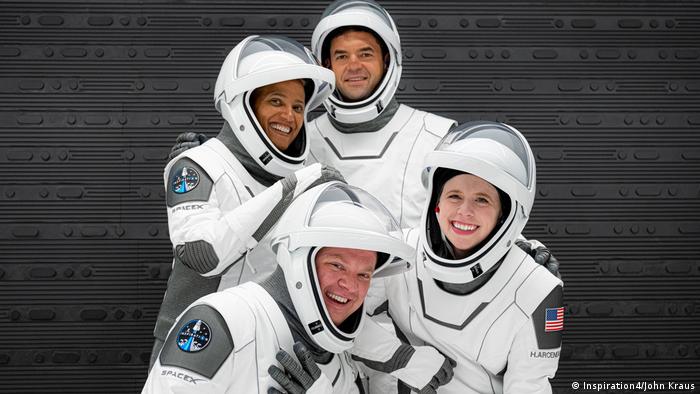 It would be a tad unfair to lump SpaceX's Inspiration4 under space tourism.

The company has gone from announcement to launch in just over six months.

Complex 39A was the site, from where the Apollo missions launched in the late 1960s, including Apollo 11, which was the first to successfully land people on the moon. 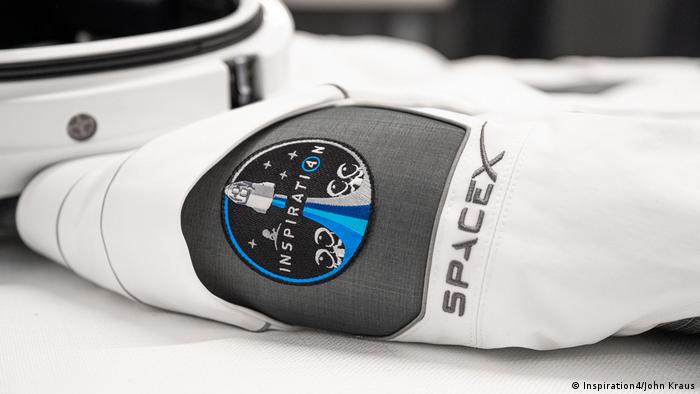 Raising money for research: The mission comes with an inspirational "gift shop"

SpaceX runs the launch site now, and it aims to take NASA astronauts, including the first woman, back to the moon on its own Starship spacecraft from that site.

The crew on Inspiration4 will spend a few days orbiting Earth and then return with a splash in the ocean off the coast of Florida in the US.

The gender balance on Inspiration4 appears to be split 50/50, so that's a good start.

They're not all white, either, and they aim to use the mission to raise $200 million dollars for St. Jude Children's Research Hospital in the US.

The hospital specializes in researching and treating childhood cancer and other life-threatening diseases.

You might argue that it would be far easier — and sustainable — for SpaceX to just hand over the $200 million, given that it's reportedly charging space tourists $55 million per seat.

But this, as said, is not tourism. It's a civilian space science mission.

And researchers say that some medical experiments are best done in space due to the lack of gravity there.

SpaceX describes the mission on its website as "the world's first all-civilian spaceflight to orbit." 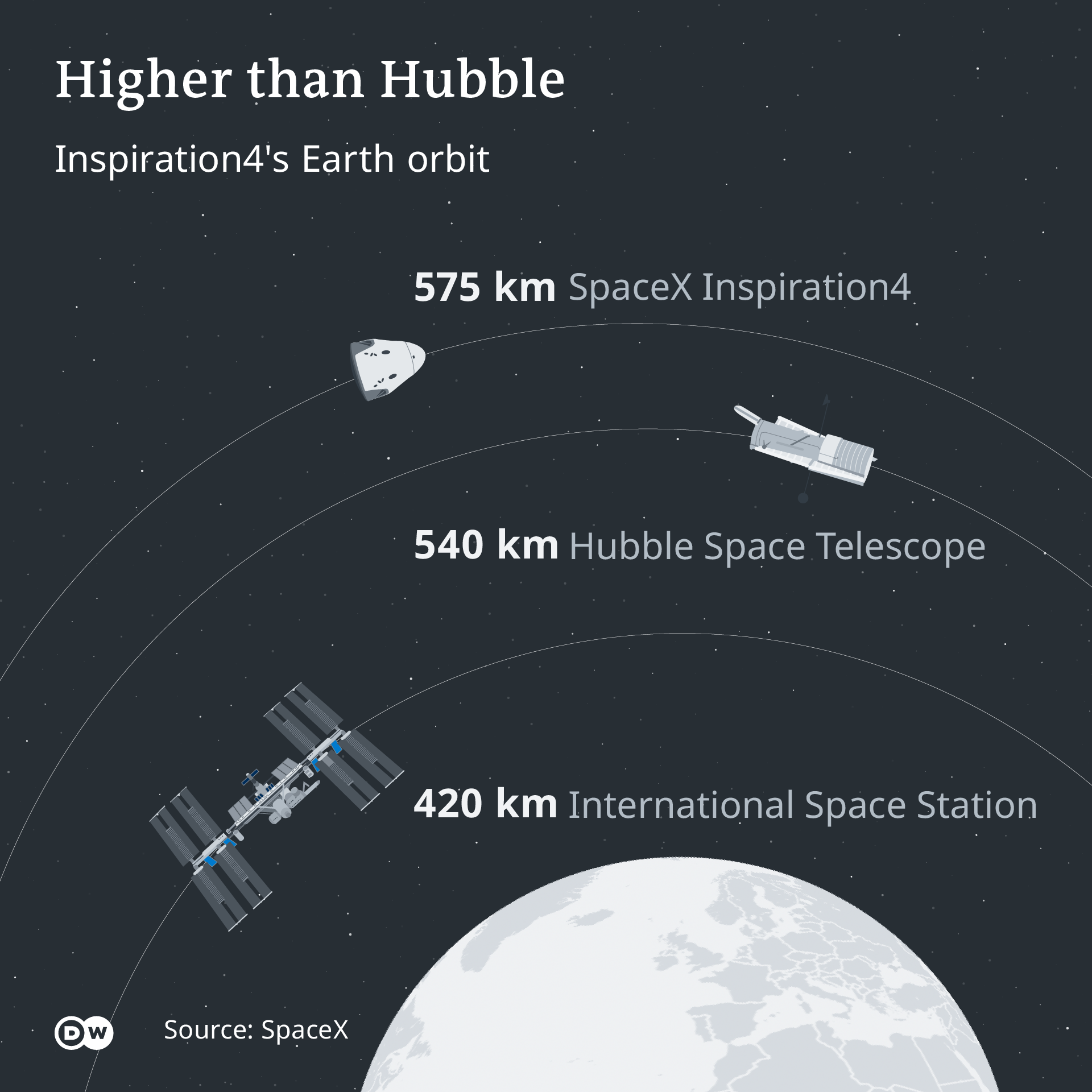 So, let's put than in perspective:

Space is generally considered to start at about 100 km above sea level. So, if you're standing on a street or sitting on a boat, looking up at the sky in daylight, looking as far as you can, and still can't imagine where outer space starts, it's about that far and then half that distance again beyond the ISS.

The other reason why this mission is more than just space tourism is the crew itself. They are officially civilians — not "official" astronauts, who have come through the ranks of some national space agency — but average, everyday people.

Except, they are very special average, everyday people. 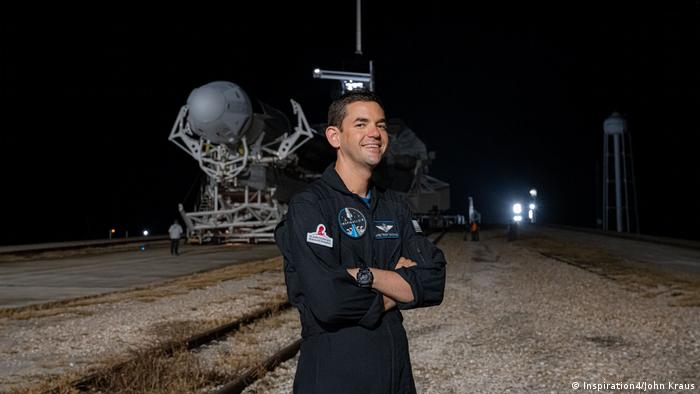 The mission commander, Jared Isaacman, for instance, is qualified to fly commercial and military aircraft. SpaceX calls Isaacman "an accomplished pilot and adventurer." He's also the founder of a digital payments company called Shift4 — which, by the way, co-runs the mission gift shop. 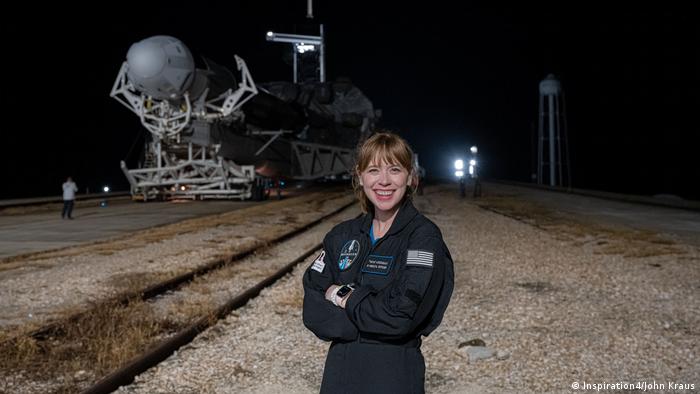 Hayley Arceneaux is a physician assistant at St. Jude Children's Research Hospital, where she herself was treated for a type of bone cancer as a child. 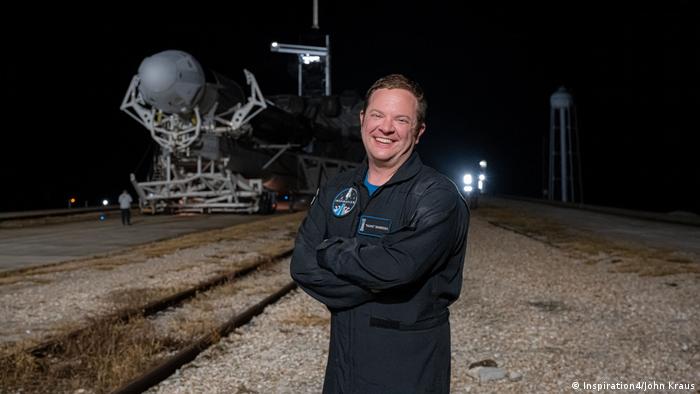 Chris Sembroski was a lobbyist for commercial spaceflight in the early days, paving the way for companies like SpaceX (by their own admission). He's seen active duty with the US Air Force and now works in the aerospace industry. 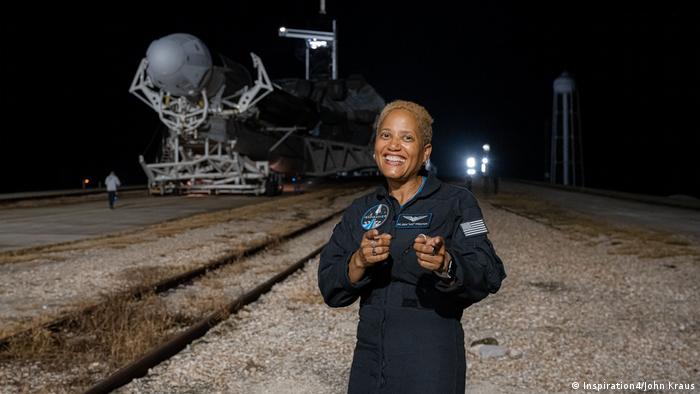 And Sian Proctor is a geoscientist. She was born in Guam, where her father worked at a NASA tracking station during the Apollo missions to the moon. SpaceX describes Proctor as an analog astronaut — "a person who conducts activities in simulated space conditions" — and she has completed four analog missions.

Together, the crew will conduct scientific research "designed to advance human health on Earth and during future long-duration spaceflights," says SpaceX.

The crew will ride into space on a SpaceX Falcon 9 reusable rocket, with a Dragon spacecraft or capsule. SpaceX claims that Dragon is "the only spacecraft currently flying capable of returning significant amounts of cargo to Earth."

Dragon has been fitted a "cupola observation dome," where usually the capsule has a docking port that allows it to connect to the ISS.

The dome will make for stunning views of Earth. But, sadly, it only fits one person at a time (as you can see in SpaceX's tweet).

SpaceX was founded by Elon Musk in 2002. It was a time when many super-rich technologists in the US felt that space exploration had run aground. They included Musk, who made his first big money with the online payment platform, PayPal, but also Amazon's Jeff Bezos and Virgin's Richard Branson. 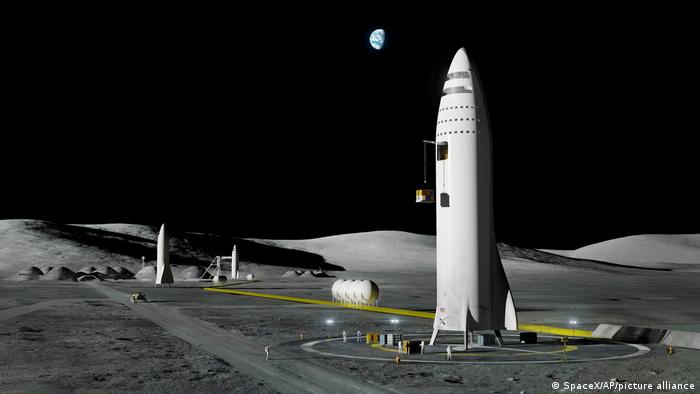 Next stop for SpaceX, the moon. Where else?

Musk's company quickly became the first private operation to launch and return cargo from space. It really was quick —  just about 10 years from scratch.

It makes its own rockets, launches satellites, including its own mega-constellation of communication satellites, known as Starlink. And ferries astronauts to the ISS.

It's aiming for that first human return to the moon as part of an international (but largely American) Artemis program. And then beyond that to Mars or wherever. Heck, Musk has even sent one of his Tesla cars around the sun.

So, no matter how you feel about space travel, this first civilian spaceflight is a truly significant beginning.