The US ratings agency has warned that failure to raise the country's debt limit by the end of September could have worse consequences than the collapse of Lehman Brothers during the financial crisis. 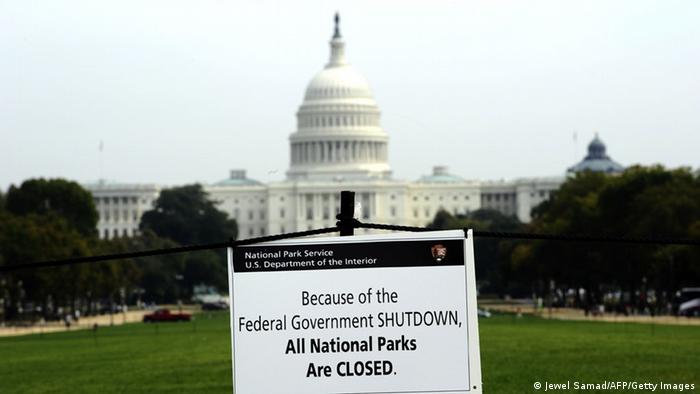 US President Donald Trump has warned recently that he is prepared to shut down the government if he didn't get funding for his controversial wall to be built along the Mexican-US border.

The threat comes during fraught bi-partisan debates in Congress about Trump's budget and the need for raising the US debt ceiling by the end of the month. Currently, the government is funded through the end of the fiscal year ending September 30 under a temporary measure passed in May.

US rating agency S&P warned on Wednesday that a failure by Congress to raise the country's debt limit would be worse than the collapse of US investment bank Lehman Brothers in 2008 that unleashed the global financial crisis.

"Failure to raise the debt limit would likely be more catastrophic to the economy than the 2008 failure of Lehman Brothers and would erase many of the gains of the subsequent recovery," said Beth Ann Bovino, chief economist at S&P, in an analysis.

Bovino noted that a government shutdown would cut the economy short of $6.5 billion (5.5 billion euros) for each week it's allowed to continue, with a "butterfly effect" rippling through various activities.

"A disruption in government spending means no government paychecks to spend at the mall, lost business and revenue to private contractors, lost sales at retail shops, particularly those that circle now-closed national parks, and less tax revenue for Uncle Sam," she said. "That means less economic activity and fewer jobs."

US debt default in the cards

The debt ceiling is a legal cap on how much money the government can borrow to fund its budget deficits and meet debt obligations. The United States actually surpassed its official debt limit at the end of 2012, but it has been suspended and reset multiple times over the years, most recently on March 15. The national debt currently is $19.84 trillion, compared to the $19.81 trillion limit.

Failure to raise it from the current level could lead to default, sending shockwaves across global markets.

"With markets somewhat jittery about a possible selective default of the US sovereign, worries of a shutdown threat only adds to their concerns," the Bovino report said.

Rob Nichols, president and CEO of the American Bankers Association (ABA) - one of the country's key financial lobby groups - said the stakes were "incredibly high."

"The economic impact associated with debt default is so immense… we're monitoring this extremely closely and we will mobilize as needed throughout September," he told the news agency Reuters.

And the Securities Industry and Financial Markets Association (SIFMA) - a trade group representing hundreds of financial firms - said it had reprised contingency plans drawn-up during the previous showdowns and was working with firms to prepare for extreme volatility in the event of a default.

According to US Treasury Secretary Steve Mnuchin the final date by which a compromise needs to be found is September 29, though it's believed the government could continue to operate for a few more weeks after that date. Investors and economists expect the Treasury will ultimately hit its debt limit by early- to mid-October.

But the acrimonious atmosphere in Congress has raised worries about Trump's ability to broker a deal. Many of his fellow Republicans have indicated they will only vote for a debt limit bill that contains promises of federal spending cuts, meaning the president will likely need Democrat votes to get the bill through.

Steve Bell, a former Republican director of the Senate Budget Committee said that Trump's tweeds would make it even harder now to get Republican approval. "He took the two people he has to count on for this, and smacked them around."

Previous debt limit negotiations went down to the wire, and the now-notorious 2011 standoff led S&P Global Ratings to downgrade US sovereign debt for the first time. The episode wiped $2.4 trillion off US stocks.