The White House has unveiled Donald Trump's budget proposal, which seeks to end the United States' long period without a surplus within the next decade. But his plan is bound to raise eyebrows in Congress. 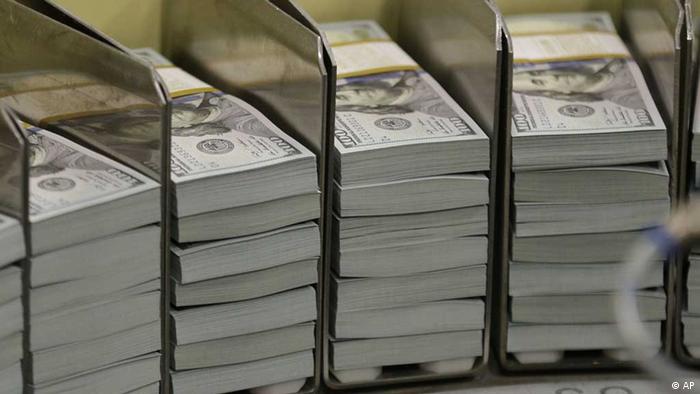 US President Donald Trump is proposing to balance the federal budget within a decade by making sharp cuts to social safety net programs and less funding for global institutions and schemes.

Tuesday's budget blueprint to be sent to Congress is certain to face a skeptical reception not only from Democrats.

Trump is aiming to cut aid for domestic agencies and foreign aid by 10 percent. A 10-year, $193-billion (172.3-billion-euro) reduction in funding for the food stamps program is bound to drive millions of people off the scheme, with cuts to Medicaid also a headache for many lawmakers.

The government hasn't run a surplus since 2001, and deficits spiked during former President Barack Obama's term in the aftermath of the global financial crisis.

But it's uncertain whether Trump's budget proposal would remedy that situation, given that calculations are based on sustained growth above 3 percent which many economists believe is an overly optimistic approach.

On taxes, Trump promises an overhaul that would slash tax rates but rely on erasing tax breaks to avoid adding to the current deficit. It would create three tax brackets - 10 percent, 25 percent and 35 percent - instead of the current seven.