US ratings agency Standard & Poor's has downgraded Russia to a level just below investment-grade. The agency said its decision was based on the assessment that the nation's growth prospects had weakened. 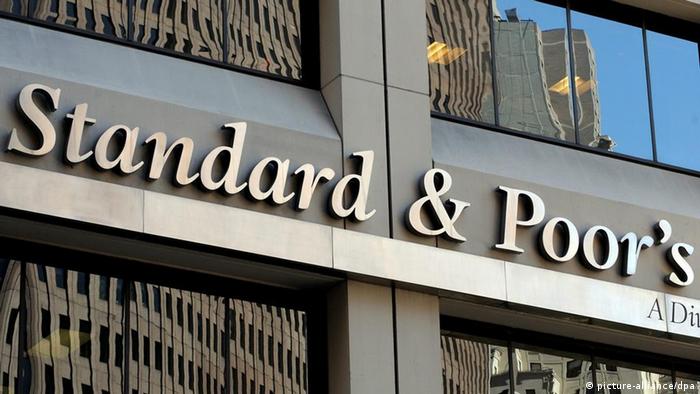 The downgrade from BBB- to BB+ marked the first time in 10 years that Russian debt was considered to have reached so-called junk status.

Analysts said Standard & Poor's move could not only harm the nation's image among investors, but could also push up borrowing costs, with capital and pension funds needing to adhere to rules that would prevent them from buying anything below investment grade.

Dependence on oil revenue a curse

"The downgrade reflects our view that Russia's monetary policy flexibility has become more limited and its economic prospects have weakened," the ratings agency said in a statement.

S&P warned as early as December of last year that it could deprive the country of its BBB- rating, following a rapid deterioration of its fiscal buffers.

Russia's economy is expected to slide into recession in 2015 as Western sanctions over Ukraine keep spurring capital flight and inflation. In addition, the enduring slump in oil prices has sharply decreased Russia's export revenues.

Ukraine: Separatists claim to have control of key Donbas town — as it happened 27.05.2022

The Russian currency has staged a remarkable comeback after taking a massive beating due to Western sanctions on Moscow. The United States has said the ruble's recovery is being fueled by "a lot of manipulation."

The war in Ukraine has prompted huge financial sanctions against Russia. The escalating list of measures is starting to severely impact the country's economy. The stock exchange is closed and people are queueing at ATMs.