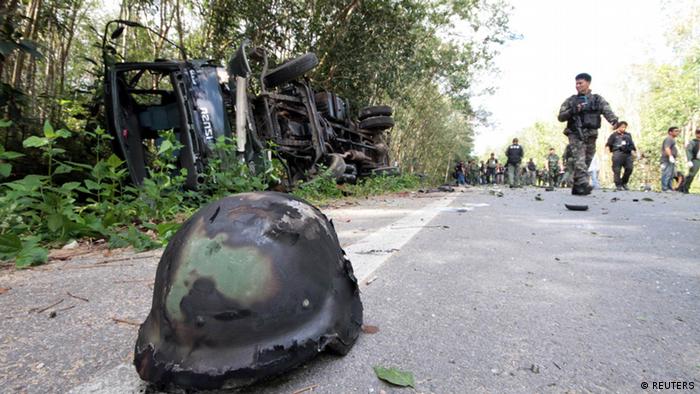 The renewed insurgency, aimed at greater autonomy or creating a separate Muslim state for the region's 1.8 million Muslim ethnic Malays, escalated in 2004 claiming over 5,500 lives. Thousands more have been injured and traumatized as a consequence of the conflict. 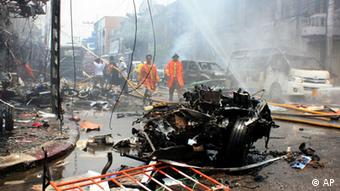 While Thailand is largely a Buddhist country, the southern provinces of Pattani, Narathiwat and Yala are predominately Muslim. The peace talks, launched in February between Thailand's National Security Council (NSC) and the group representing the insurgent factions, the BRN, have made little progress, but are set to restart this November, according to the NSC.

'A culture of impunity'

The Thai military has called on the BRN to stop the violence in a bid to put an end to the almost decade-long insurgency. But efforts to stem the bloodshed have fallen short, human rights groups criticize.

Pratubjit Neelapaijit, a rights campaigner and lecturer at Mahidol University welcomes the peace process, but says claims of human rights abuses are not being properly examined. "There is no transparency in the investigation of incidents that happen in the south," Pratubjit told DW, citing the deaths of 78 Muslim men who perished after their arrest outside a courthouse in Narathiwat province in 2004. While the Thai Government of Prime Minister Yingluck Shinawatra has paid compensation to the victim's families, no one has been found guilty thus far.

"The culture of impunity is still present in Thai society and the judiciary has failed to build a sense of trust among Thai Buddhist and Malay Muslim communities in southern Thailand," Neelapaijit explained. The activist is the daughter of Muslim human rights lawyer Somchai Neelapaijit, who disappeared in 2004 and was presumably murdered after alleging that Thai security forces abused his clients during interrogation in jail. 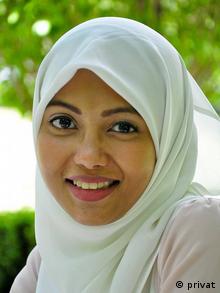 Neelapaijit: 'There is no transparency in the investigation of incidents that happen in the south'

The idea for the peace talks grew out of contacts between former Thai Prime Minister, Thaksin Shinawatra, and Malaysian leader, Najib Razak, last year. Thaksin is the older brother of Thai Prime Minister Yingluck Shinawatra and remains an influential figure, despite living in exile since 2008 to avoid corruption charges.

A new phase in the conflict

The Muslim insurgent groups have put forth a set of demands including the withdrawal of Thai troops from the southern provinces, the release of insurgency members from prison and the participation of outside groups in the peace process, such as the Organization of Islamic Cooperation (OIC) and the Association of South East Asian Nations (ASEAN).

International Crisis Group (ICG) analyst Matthew Wheeler says the dialogue marks a new phase in the conflict. "My sense is that things have clearly changed because of the talks."

But there is also scepticism due to Thaksin's involvement in the peace negotiations: "Some of the criticism is political in nature, based on the fact that the former Thai premier was instrumental in getting support from Malaysian Prime Minister Najib in getting the process started," he told DW. The Thai military is also fearful that any outside involvement in the talks may lead to a loss of sovereignty.

Moreover, the latest round of negotiations, which took place in June, has failed to stem the bloodshed. ICG analysis shows a monthly average of 24 roadside attacks in the first half of 2013.

The Thai government has opened formal peace negotiations with Muslim separatist leaders aimed at ending months of unrest in the country’s south. Meanwhile, three soldiers have been killed in a bomb attack. (28.03.2013)

Sunai Pasuk, a senior analyst with the New York-based organization Human Rights Watch points out that the violence in the region has continued almost unabated. "After rebel attacks, the government usually carries out raids on insurgent strongholds which, in turn, lead to retaliatory strikes by the insurgents," Sunai said. "So it becomes a 'ping pong' of violence, a very deadly game."

The peace talks have led to a debate in Thailand over different forms of autonomy, following similar models elsewhere in South East Asia, such as in Indonesia's Aceh province.

Panitan Wattanayagorn, a political scientist at Bangkok's Chulalongkorn University, said there was a need to discuss "real prospects" for new forms of governance in the South.

"There are several proposals already on how to decentralize the power from Bangkok. And there is no real winning strategy on the ground for the military which needs to look deep into its strategy and come up with a much better one," said Wattanaygorn.