The conditions in Southeast Asia suit the pirates - the countermeasures by the governments are sluggish, and the criminal networks are professional. DW takes a look at the problem of piracy in the region. 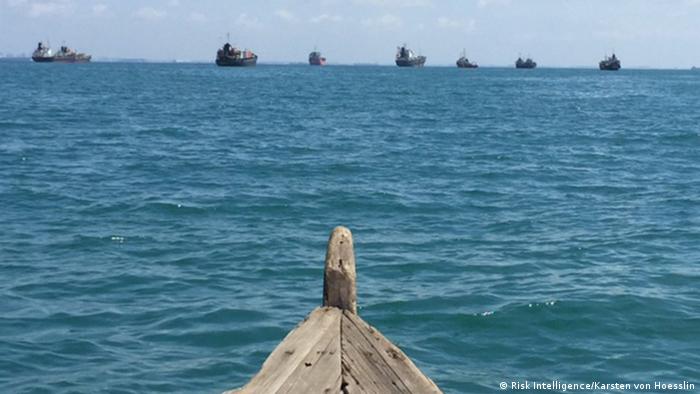 Earlier Malaysian maritime authorities said the ship had been hijacked and was heading towards Indonesian waters. And the announcement once again drew attention to the issue of piracy in Southeast Asia, which saw a string of hijackings in 2015.

Nevertheless, a report published by the London-based International Maritime Bureau (IMB) shows a decline in the number of piracy incidents across the world, including Southeast Asia.

The situation has also improved in the Southeast Asian region, which according to the monitoring group is a result of its close cooperation with the Indonesian authorities "to improve security at sea and in ports." According to the IMB, in the first six months of 2016, the number of incidents dropped to 24, compared with 54 during the same time last year.

Still, the Southeast Asian region is considered to be a paradise for pirates - the sea routes off the Malaysian state of Malacca, Singapore and in the South China Sea are among the most used areas for trafficking in the world. A maze of islands and the labyrinthine links between the sea waters provide protection to the pirates. The countries in the region, with their naval police units, are weak and corrupt to deal with the situation. 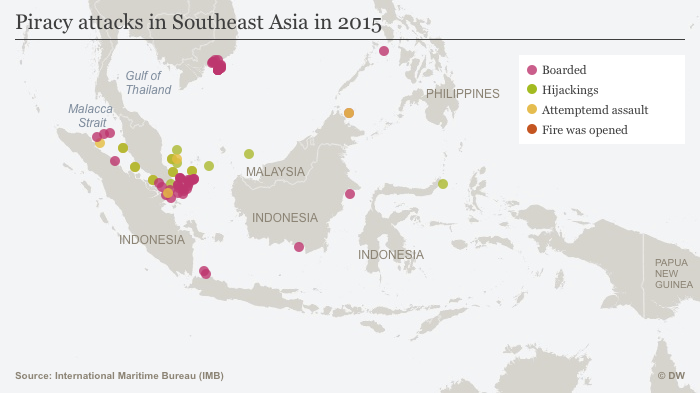 One of the concerns is the increasing professionalism of the pirates. "Originally, they were organized criminal gangs travelling through the region in search of safe havens," Karsten von Hoesslin, a Southeast Asia expert, told DW. But there has been a major change in their strategy since 2014. "The groups have continued to evolve in widespread networks with specialists," said von Hoesslin, who works at Risk Intelligence, a Denmark-based independent consulting firm which gives advice to states and companies on security issues.

A typical pirate network now consists of crew members, their leader, as well as a middleman who has all the necessary contacts. It also has experts who can forge documents with which the stolen goods can be resold; a "phantom ship" on which the goods can be transported; a buyer who is looking for potential end users; an investor who finances the company; and one or more spies who provide information to the network. These spies or "insiders" could be port employees, customs officers or crew members.

Most of the goods stolen by the Southeast Asian pirates in 2015 were liquid items such as gasoline, palm oil, bio-fuel or liquid gas. The transportation of such products on the high seas requires a high level of logistical expertise which the pirates have mastered over the years. 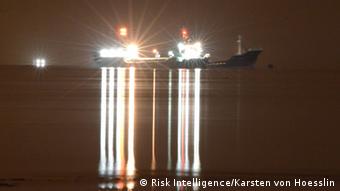 Finally, the pirates still need a buyer who takes over the goods and sells them. That is when the forgery experts come into action. They create fake certificates, which, in some cases also carry the legal details. The "insiders" increase the probability of success and reduce the risk.

"Today, everything is pre-planned and is part of a larger criminal activity," said von Hoesslin.

Only after all the preparations have been completed, the actual pirates come to the scene. These are usually eight men who target a ship, overpower the crew, interrupt the ship's communication systems and transfer the stolen goods to a "phantom ship." The process usually takes six to ten hours to complete. The goods are then shipped to places like Hong Kong, Singapore and even as remote as Rotterdam.

"It is very easy to counterfeit legal papers for the products such as palm oil, gas or petrol and to transport them," said von Hoesslin.

It's very difficult to precisely determine the financial impact of piracy in the region. But taking into account how much money pirates can make, experts put the figure at many millions every year. It is estimated that each member of a boarding team can make more than $32,000 from each attack, with the group's leader making up to $109,000. A middleman can sometimes make more than $545,000 for a successful attack. 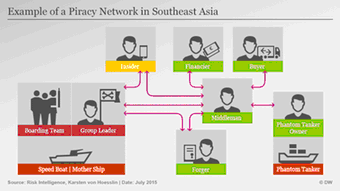 It is, however, uncommon for such raids to lead to fatalities. According to the 2015 IMB report, some 200 people were taken hostage in Southeast Asia. Four of them were injured and none was killed, it said.

After speaking to pirates on the Indonesian island of Bantam, von Hoesslin says he has been able to identify a type of code amongst them. He says, for instance, that anyone who becomes violent would be excluded from future raids. "While the pirates have made it clear that, if necessary, they will kill people and throw them overboard, they also stressed they would only do this as a last resort." Excessive violence would only make things more difficult for them, he added.

The expert believes that the main reason behind the violence is the use of "Shabu," a widely used drug in Asia which not only keeps the pirates awake for up to three days but also makes them more choleric and aggressive.

Piracy has long been an issue in the region and a number of initiatives have been launched to tackle the problem. And although Malaysia, Indonesia and Thailand decided to form a joint patrol dubbed the "Eyes in the Sky Initative," von Hoesslin believes the move has failed to achieve much.

"This is gesture politics," he said, arguing that the patrols would only take place during daytime although the pirates mostly operate at nighttime. The expert has a similar view of the 20-member Regional Cooperation Agreement on Combating Piracy and Armed Robbery against Ships in Asia (ReCAAP), saying the initiative is only making slow progress. 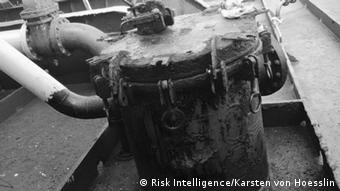 The first problem behind this inefficiency is the underlying distrust between the states in the region, which explains not only the poor intergovernmental exchange of information, but also why law enforcement agencies of one country aren't allowed to operate in the territorial waters of another, thus making it easier for the pirates to get away.

The second problem is the objective, said von Hoesslin, arguing that the main goal of both ReCAPP and the states involved is to simply cut the number of attacks. But most regional authorities only go after those who illegally board the ships and not after their supporting networks, thus ignoring that boarding teams can easily be replaced. "In order to dig deeper you need the know-how and well-trained staff," said von Hoesslin.

The IMB urges mariners operating in the area to be extremely vigilant, adding that pirates usually break off assault attempts if an alarm is triggered at an early stage.

A tanker ship laden with diesel fuel has been hijacked and taken into Indonesian waters, Malaysian maritime authorities say. Unspecified "internal problems" led to the ship going missing with 10 crew aboard. (17.08.2016)

A quarter of the world’s seaborne oil goes through the Malacca Strait. But a spate of pirate attacks in the past two and a half months has led to theft of millions of liters of 'black gold' stolen. DW examines the issue. (11.07.2014)