A quarter of the world’s seaborne oil goes through the Malacca Strait. But a spate of pirate attacks in the past two and a half months has led to theft of millions of liters of 'black gold' stolen. DW examines the issue. 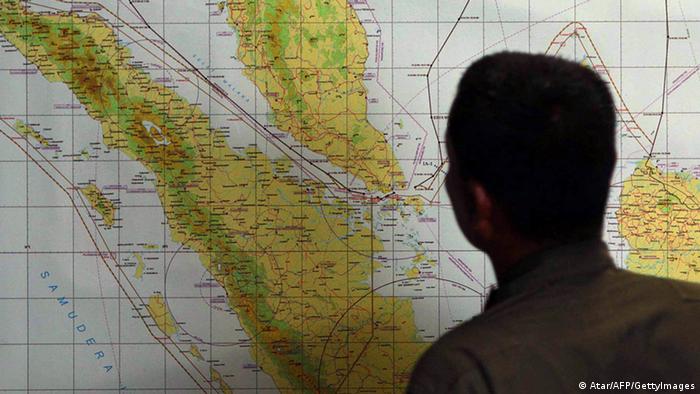 Since April this year, at least six oil tankers have been victims of fuel heists. The attacks usually take place at night, with the ships' crews being held hostage for up to twelve hours – just about long enough so that their cargo ships, usually carrying petrol or diesel, are completely emptied.

These, however, are not the type of heists that have become notorious in the last few years off the coast of Somalia, says Pottengal Mukundan, Director of the London-based International Maritime Bureau.

Mukundan plays down the press hype, saying that Southeast Asia "is not a new hub for global piracy attacks," adding that "the most serious attacks today remain in the Gulf of Guinea in the West Coast of Africa." He explains the difference by pointing out that attackers in the South China Sea usually target smaller ships as the tankers can only really travel small distances from port to port. 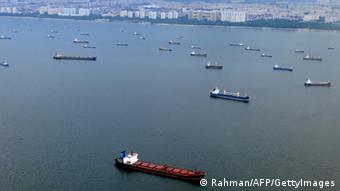 "What we have seen in Southeast Asia over the past two and half months are a series of serious attacks against very small coastal tankers. They are targeting a very specific area of shipping; it's a very specific type of vessel which is carrying diesel oil and marine gas oil," says Mukundan.

They are, nevertheless, worth it. One of the ships hijacked in the area last month was carrying some four million liters of diesel, worth about two million dollars in the black market.

Despite the fact that the ships are hijacked, surprisingly, no one has been hurt yet. Moreover, no ransom demands have been made as no crew members have been kidnapped. "The purpose of these attacks is to steal the cargo on board the ship," adds Mudunkan. "Once the cargo is stolen, the ship and the crew are released."

For the pirates, the stolen oil and gas are commodities which are both valuable and easy to profit from. "The reason why they are going after diesel oil is because it is a cargo which is very easily sold to other vessels or within the region; there is a ready market for it," says Mukundan.

Up to 80 percent of the oil imported by Japan and China passes through the Malacca Strait, according to the Operational Satellite Applications Programme of the United Nations Institute for Training and Research (UNITAR). The same is true for roughly a quarter of all crude oil and oil products worldwide.

According to the UN's 2013 Global Report on Maritime Piracy, the attacks have been rising in that area over the past two years. In 2008, there number of assaults in Southeast Asia reached a low of 80, but they have since increased to more than 150 registered incidents last year.

Nonetheless, these figures must be seen in perspective, according to Mukundan, as "the vast majority of the attacks are low level robberies from ships which are at anchor or in the ports." Provisional figures by the International Maritime Bureau show that a total of 72 such incidents were registered during the first four months of 2014. In spite of that, Mukundan says that "the attacks directed against these small coaster tankers are worrying" and "there needs to be a robust response."

Given the fact that no arrests related to these incidents have been made so far, Mukundan stresses the urgency for law enforcement agencies to act swiftly: "They need to catch the gangs and they need to be punished, so that the frequency and audacity of the attacks do not increase. This will serve as a disincentive for others seeking to engage in these activities."

UNOSAT used satellite data to pinpoint the exact location of the ships when they were hijacked or otherwise exposed to piracy-incidents. However, UNOSAT manager Einar Bjorgo says that the data collected is, in itself, something that can be used for prevention. "This information gives the shipping companies and others the possibility to know which areas to avoid at what time; it shows where boats may consider reinforcement and so it helps in terms of route planning."

Tracking down smugglers off the Nigerian coast

Arms smugglers and pirates are a threat to shipping off the coast of Nigeria. Germany has been taking part in a 20-nation naval exercise to help make the waters more secure. (25.04.2014)

Libya’s Defense Ministry has authorized force to stop a North Korean-flagged tanker from taking crude oil from a rebel port. The prime minister has warned separatists loading the tanker that the vessel could be bombed. (09.03.2014)

A Somali man has been sentenced to 12 years in prison by a German court for a crime committed off the coast of Africa. Oliver Daum, a German law expert, explains why holding the trial in Germany was legal. (18.04.2014)