Bank notes seem to be the only thing growing in South Sudan’s economy these days. The central bank has just issued a 500 pound note. Economists fear the move could worsen already rampant inflation. 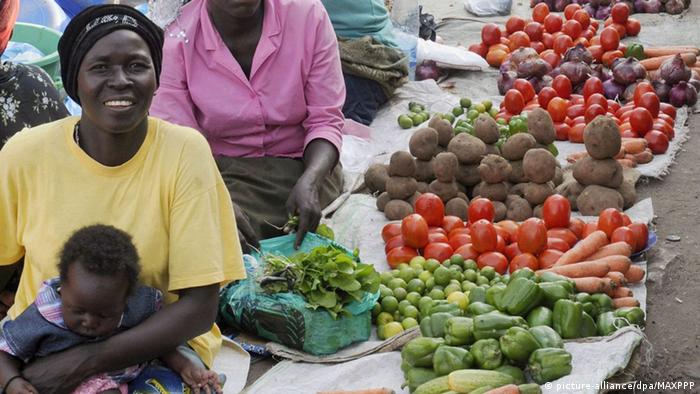 According to South Sudan's Central Bank, the new bank note of 500 South Sudanese Pounds (€5,$5.8) will reduce the burden of carrying large amounts of paper money as well as improve the country's ailing economy. South Sudan's economy is close to collapse after a 2015 peace deal with Sudan failed to stick and fighting between rival soldiers has continued.

The conflict has hurt the country's crude oil output, which is at less than half of its pre-war level of 245,000 barrels per day. Recently, Juba and Khartoum announced an agreement to repair oil infrastructure facilities destroyed by the conflict in order to boost production in Africa's youngest country.

Rebuilding the infrastructure of a sector crucial to the economy of both countries will necessarily take some time. Meanwhile, South Sudan's dire economic situation is worsened by rampant inflation which has persisted for years. Since December 2016, the South Sudan pound lost more than half its value against the dollar on the black market. In March this year, year-on-year inflation stood at 161.20 percent, according to the National Bureau of Statistics.

Experts are skeptical about the Central Bank's claim that the introduction of higher denomination bank notes will help the economy. On the contrary. "As we know, printing more money is not good because you are financing the deficit. It will increase inflation, which is a problem for the economy," Augustino Ting Mayai, an economic analyst with the Juba-based Sudd Institute, told DW. 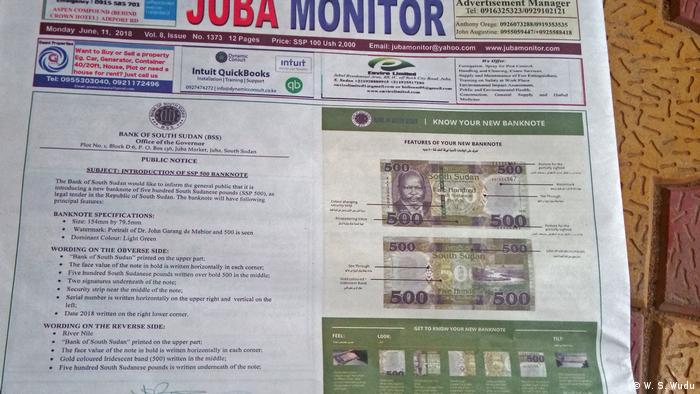 The new note was announced to great fanfare

Fears of being robbed

That is why Anthony, a Juba resident who prefers to be identified only by his first name, welcomed the move. It is a question of lessening the danger of being robbed, he said: "It is hard for you to carry large amounts of money to the market. So that 500 will be nice security wise, because no one can see you carrying that money and start following you."

For economist Mayai, there are other priorities the government should be following to ensure economic growth. "First you have to end the war. Then, the government must invest "in agriculture, investing in productive sectors, private sector," he said.

South Sudan secured independence from Sudan in 2011. In December 2013 a civil war broke out following a dispute between President Salva Kiir and his former deputy Riek Machar. This has plunged the country into a deep crisis, threatening many South Sudan's 12 million people with hunger. Peace talks last month in the Ethiopian capital, Addis Ababa, between the government and rebels failed to produce a political settlement.

The UN says armed groups in South Sudan have released more than 200 children who have been serving as fighters. The children’s agency UNICEF estimates that there are some 19,000 child soldiers in the country. (19.05.2018)