With the country being torn apart by civil war, lawmakers in South Sudan passed a bill restricting NGOs working in the country. Aid groups say the proposed law will hamper their efforts to help the population. 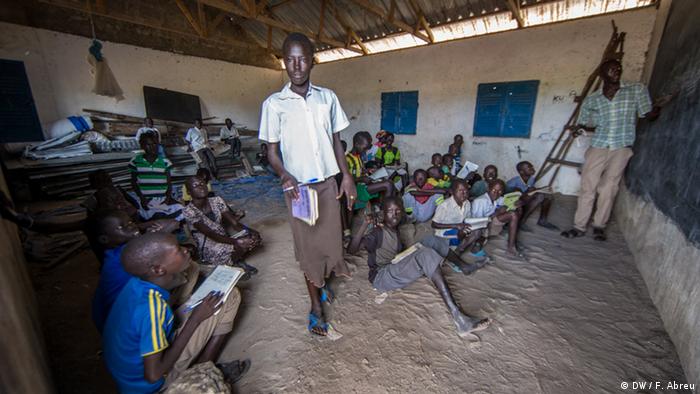 Despite a growing food shortage that is threatening 30,000 South Sudanese with imminent starvation, the country's parliament has passed a bill restricting the number of foreign aid workers.

Aid organizations fear the new bill, which still has to be signed into law by the president, will also hamper efforts to aid more than 3.6 million residents who are also facing food shortages, albeit less severe ones.

The Non-Governmental Organizations bill prohibits aid organizations from hiring more than 20 percent of its employees from abroad, including "all managerial, middle and junior level positions."

It is the managerial part that aid experts say is particularly onerous, given that many locals simply do not have the education or experience for upper-level jobs.

A clause in the bill also makes it a criminal offense to issue a "false statement" about the bill, which is punishable by three years in prison and a $2,000 (1,785 euros) fine.

The country descended into civil war in December 2013 after President Salva Kiir accused his former deputy Riek Machar of plotting a coup. The accusation set off a cycle of revenge killings that has left thousands dead and forced another 2.3 million from their homes.

The poverty-stricken country is divided along ethnic lines. 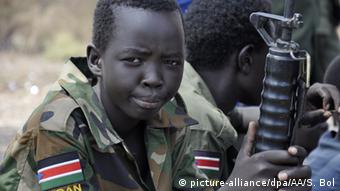 The pending law, however, would exempt UN agencies and the International Committee of the Red Cross from the proposed quotas, which is some consolation in a country where aid workers are often people's only source of medical care.

A similar bill passed last May but was eventually sent back to parliament.

A peace agreement last August has done little to ease the bloodshed among the various warring factions, which are often driven by local agendas and revenge.

Likewise, the agreement also calls on the warring sides to support an "enabling" environment for aid agencies. But 34 aid workers have been killed since the fighting broke out, and they continue to complain of harassment, surveillance and expulsion threats.

The violence has also taken a toll on farming, causing a considerable reduction in crops, and the subsequent food shortages.

Opposition MP Onyoti Adigo said lawmakers should have waited until rebel lawmakers and a unity government had been formed to debate the NGO bill.

"Being in a hurry to pass it," Adigo told Juba's Eye Radio, "means you have no interest in the implementation of the peace agreement."