Sudanese president Omar Bashir has ordered the borders with South Sudan to be reopened for the first time since the 2011 secession. Loyalist and separatist forces waged a 22-year war before South Sudan's split. 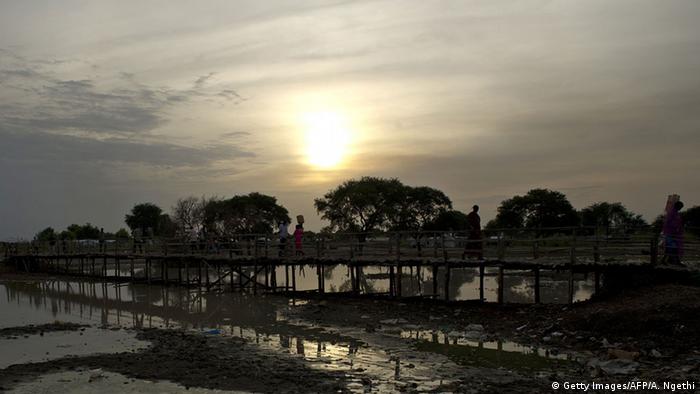 President Bashir announced his decision on Wednesday, charging the "relevant authorities" with taking "all measures required to implement this decision on the ground," Sudanese State agency SUNA reported.

The agency provided no details on the timetable. If implemented, the opening of border crossings would be a landmark step toward normalization following a bloody civil war.

Just days before, the South Sudanese president reportedly ordered his troops to move 5 miles (8 kilometers) away from the border.

South Sudan declared independence in 2011, after 22 years of fighting between the rebels and the government in Khartoum. The breakaway region claimed three quarters of the Sudanese oil, estimated at 5 billion barrels of proven reserves.

Despite the conflict's end, relations between Khartoum and the new leadership in Juba remain tense and many areas along the border are disputed to this day. The conflict briefly flared up again in 2012 when Khartoum and Juba clashed over the Heglig oil field. Sudan managed to claim the contested border region.

At the declaration of independence in 2011, the separatist government agreed to pay transit fees to Sudan for sending their oil through Sudanese pipelines and facilities.

Last week, Bashir agreed to review those fees after Juba asserted the transit costs were too high.

Both countries currently face armed rebellion within their borders. South Sudan descended into another civil war in 2013, with the country splitting along ethnic lines between President Salva Kiir and his one-time deputy Riek Machar. A UN panel of experts recommended sanctions on both leaders for a series of serious rights abuses, according to an AFP report on Tuesday.

Khartoum has also provoked international criticism over the actions of its troops in the Sudanese region of Darfur. The Sudanese government accuses Juba of backing the Darfur rebellion, which Juba denies.

South Sudan on the brink of civil war

Fighting in South Sudan has killed more than 1,000 people, and caused 200,000 to flee their homes. Peace seems far off despite talks in the Ethiopian capital Addis Ababa. DW provides comprehensive coverage. (10.01.2014)

On July 9, South Sudan celebrates a year of independence. But although independence is being seen as a great political success, the country is still struggling to get its economy back on its feet. (09.07.2012)