After years of fighting and failed peace initiatives in South Sudan, the country's President Salva Kiir and rebel leader Riek Machar have signed a power-sharing deal which would see Machar reinstated as a vice-president. 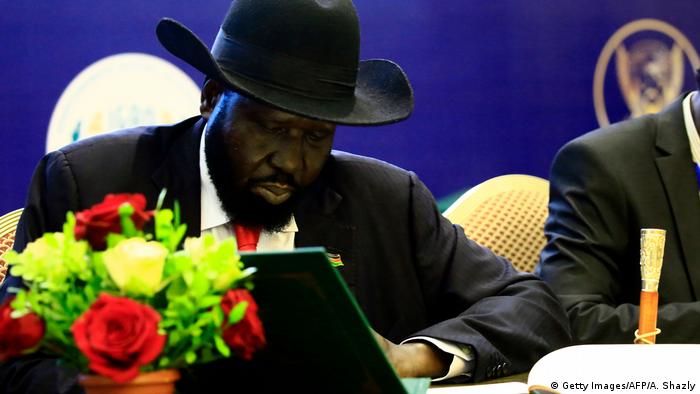 South Sudan's President Salva Kiir announced a wide-ranging deal to incorporate warring factions into the government on Sunday, following a meeting with his arch-rival Riek Machar and an alliance of opposition leaders.

Most notably, the deal would see rebel leader Machar reclaim the office of vice-president, which he lost after Kiir accused him of plotting a coup in 2013. However, Machar would be only the most senior of five vice-presidents under Kiir. 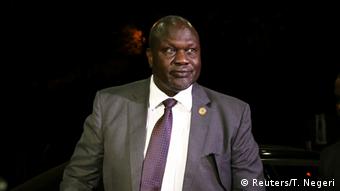 Riek Machar (pictured) agreed to a ceasefire in June 2018

In order to accommodate the demands of various factions, the new government will also be made up of 550 lawmakers and 35 ministers.

Foreign observers remain skeptical of the project, citing well-known animosity between Kiir and Machar, and a string of previous peace deals that failed soon after being signed.

On Friday, Kiir pledged the deal would "not collapse" because it, unlike the previous peace initiatives, had not been imposed by outside powers.

At the same time, Kiir complained about the resources needed to maintain a large cabinet and five vice presidents.

"They need security, they need vehicles, they need houses... five vice presidents, this is a very big responsibility to manage," he told the media.

"I need to find them transport, and one person needs a motorcade of maybe five vehicles. Where will I get this?" he added. "There are so many things need to be done."

The rival political forces will continue negotiating on the final peace deal. The next meeting, scheduled to focus on the issues of economy and human rights, will be held in Kenya.

South Sudan declared independence in 2011, after 22 years of fighting between the rebels and the government in Khartoum. The breakaway region claimed three quarters of the Sudanese oil, estimated at 5 billion barrels of proven reserves.

Two years later, the power struggle between Kiir and Machar plunged the country into renewed fighting. The conflict between the two rivals is aggravated by tribal divisions: President Kiir belongs to the dominant Dinka tribe, and Machar is an ethnic Nuer.

Germany: Thousands protest against COVID-19 rules in Berlin 33m ago

'Stowaway' incident on oil tanker off coast of England 4h ago