Talks to reach a power-sharing deal in South Sudan have ended with conflicting accounts. Some reports have stated that rebel leader Riek Machar has agreed to return to his position as vice president. 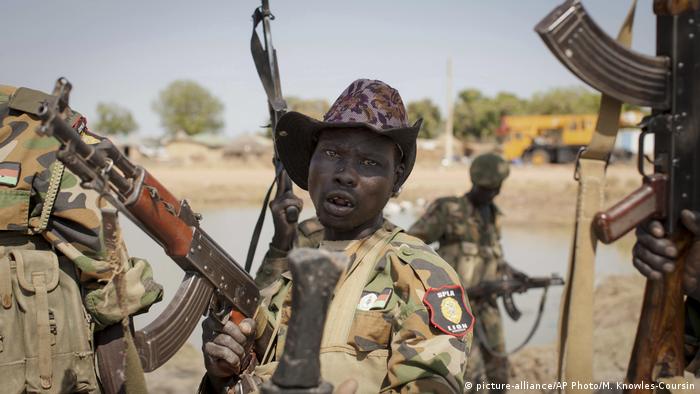 South Sudan President Salva Kiir and rebel leader Riek Machar (photo) met for peace talks in Uganda on Saturday in an attempt to end a civil war that has gone on for more than four years.

The discussions, mediated by Ugandan President Yoweri Museveni and Sudanese President Omar al-Bashir, ended with conflicting accounts over whether both sides had reached a power-sharing agreement.

Kiir's press secretary, Linda Nabusayi, said the meeting had ended without reaching a conclusive agreement. But Sudanese Foreign Minister Al-Dirdiri Mohamed Ahmed told reporters that Kiir had agreed in full and Machar had agreed "in principle" to a power-sharing agreement that would return Machar to the role of vice president.

"It has been agreed that there will be four vice presidents: the current two vice presidents, plus Riek Machar [who] will assume the position of first vice president, and then the fourth position will be allocated to a woman from the opposition," he said, according to Agence France-Presse. 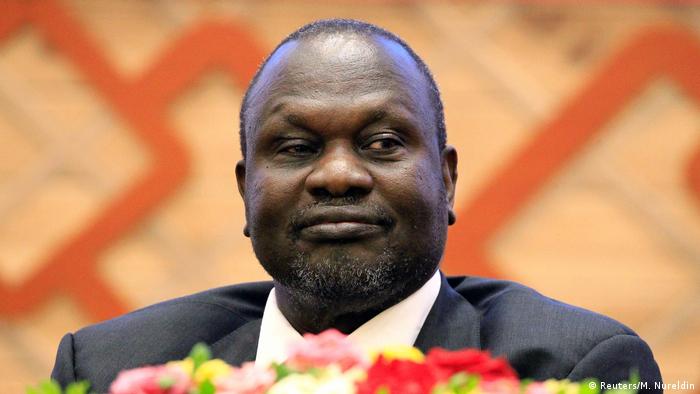 Both Nabusayi and Ahmed said detailed talks would continue at planned summits in the Sudanese capital, Khartoum, and Kenya.

The latest round of negotiations came after Kiir and Machar agreed to a delicate ceasefire on June 27 and a separate deal on Friday to remove their troops from cities. The ceasefire was violated within hours of its signing.

The civil war began two years after South Sudan gained independence from Sudan in 2011, after Kiir accused Machar of plotting to oust him from office.

They signed a peace deal in 2015 that included a power-sharing agreement, but the accord quickly fell apart amid continued fighting between government and rebel forces.

After a series of failed peace deals, President Salva Kiir has signed a truce with rebels. The deal also allows the formation of a transitional government ahead of fresh elections. (27.06.2018)