A South Korean man is suing the Gerhard Schröder for a 2017 divorce. The man was married to a translator the German former chancellor would go on to marry. 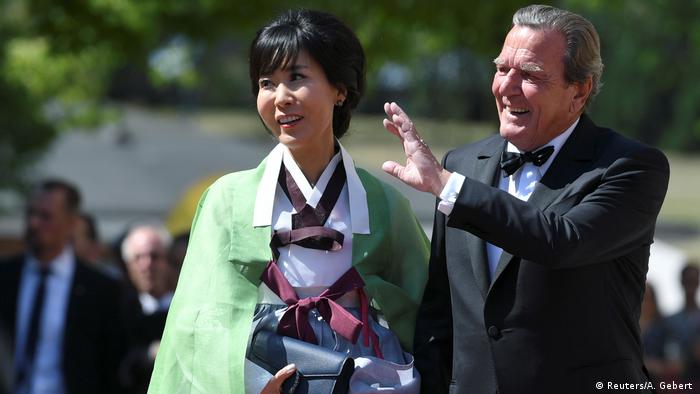 The ex-husband of former German Chancellor Gerhard Schröder's wife told a South Korean civil court on Thursday that the German former leader is responsible for his divorce.

The South Korean man, whose identity was withheld, filed a lawsuit against Schröder in 2018, seeking 100 million won (€76,000, $82,000) in damages. The suit was filed three months after Schröder and Kim announced their intention to marry.

Kim had previously worked as a Schröder's translator, adapting his 540-page autobiography Entscheidungen into Korean. She currently works as a representative at the German business development agency NRW.Invest in the South Korean capital, Seoul.

What caused the split?

According to the South Korean Yonhap News Agency, Kim's ex-husband claimed they divorced by mutual consent in 2017 on the condition that she end her relationship with Schröder. The divorce was finalized a few months before Schröder and Kim's wedding announcement.

Germany's chancellor from 1998 to 2005, Schröder remains a divisive figure within his former party, the center-left Social Democrats. He is currently the chairman of Russia state oil concern Rosneft and Nord Stream AG, the operator of the first Nord Stream pipeline from Russia to Germany. He calls Russian President Vladimir Putin a friend and once referred to the Russian president as a "flawless democrat."