South Korea has said it will withdraw its remaining workers from the Kaesong industrial zone in North Korea. It comes after Pyongyang rejected an offer for talks aimed at ending a standoff over the jointly-run complex. 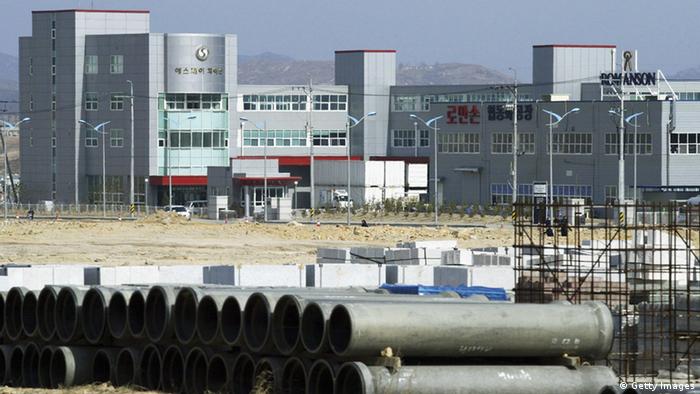 Seoul said Friday it was removing the workers for their "safety" after Pyongyang declined the offer of talks.

"Because our nationals remaining in the Kaesong industrial zone are experiencing greater difficulties due to the North's unjust actions, the government has come to the unavoidable decision to bring back all remaining personnel in order to protect their safety," Unification Minister Ryoo Kihl-jae told reporters.

More so than the Middle East crises, the tense situation on the Korean peninsula has an explosive potential to escalate into war, perhaps a nuclear one, writes Richard Weitz. (18.04.2013)

There are roughly 175 South Korean's currently working in the Kaesong complex. Based roughly 10 kilometers (six miles) inside the North Korean border, it was once considered the only remaining channel of cooperation between the two Koreas. It employs about 53,000 North Korean workers at 176 South Korean companies.

Operations came to a halt on April 3, however, when North Korea banned South Korean workers from crossing the heavily-guarded border to enter the factory and withdrew its own workers. The move came amid heightened tensions in the Korean Peninsula, triggered by Pyongyang's prohibited nuclear test in February.

South Korea's offer of talks on Thursday was the first formal attempt by Seoul to resolve the deadlock over the project. It warned it would take "serious measures" if talks were declined, giving the North 24 hours to respond to the offer.

North Korea responded early Friday, saying it would take "grave action" if the South followed through with that threat.

"If the South Korean puppet force continues to aggravate the situation, it would be up to us to take any final and decisive grave measures," the South's news agency, Yonhap, quoted the North's defense commission as saying.

North and South Korea have technically been at war since their 1950-53 conflict ended with a ceasefire rather than a peace treaty.