More so than the Middle East crises, the tense situation on the Korean peninsula has an explosive potential to escalate into war, perhaps a nuclear one, writes Richard Weitz. 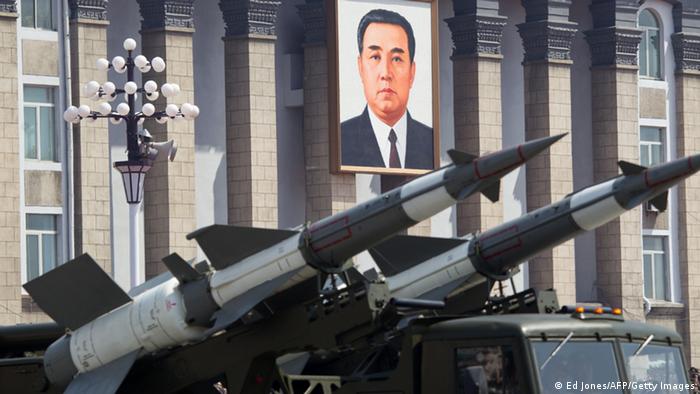 Even a continuation of the present situation presents North Korea's neighbors with serious security, diplomatic, and even economic challenges, with some foreign investors likely soon to begin seeking safer climates.

It is true that the Democratic People's Republic of Korea (DPRK) has committed all these outrageous acts before - issuing wild threats, engaging in provocative military exercises, testing missiles and atomic bombs. And then the cycle of threats and tensions die down.

So far we have seen lots of bellicose DPRK rhetoric but not bellicose actions. The DPRK has been mischievously creative in raising tensions without the use of force, such as telling all foreign embassies to leave South Korea since the region could soon become a war zone.

But this time the context is different in several important respects.

First, North Korea has demonstrated a capacity to launch long-range missiles and detonate nuclear devices. In the past, we could dismiss its threats as empty bluster. But now no one knows for certain what capabilities North Korea has, with the US military worried in particular about the DPRK's possible possession of a long-range mobile missile that can evade US Intelligence and strike the US homeland. 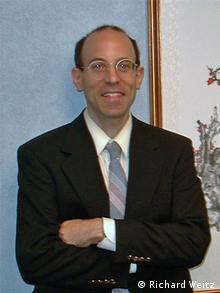 Second, South Korea has adopted a much sterner stand. Whereas in 2010 the South Korean government sought UN sanctions after the North sunk one of its warships and again after it shelled one of its border islands, South Korea has now pledged to retaliate militarily for any DPRK first use of force.

The Pentagon has also been displaying more powerful weaponry in its recent exercises with the South, including F-22 stealth fighters and B-2 strategic bombers. And the Obama administration has for the first time unleashed the US Treasury, which aims to inflict further damage on the DPRK economy.

The United States and South Korea have conducted extensive counter-provocation planning since 2010, and believe their new strategy will convince the DPRK that its aggressive tactics are counterproductive, but this occasion is the first time they will try it in practice.

Third, the DPRK-Iran nexus is weighing more heavily on US policy makers. There is considerable evidence that the two countries cooperate in developing missile technologies, so much so that we would be wise to treat their joint efforts as a single missile research and development program. Fears have increased that Pyongyang might share with Tehran its insights into developing nuclear warheads, allowing Iran to have a demonstrated nuclear weapons capability without actually testing a bomb.

Even beyond direct cooperation between the two countries, policy makers in Washington and elsewhere worry that Iran's government is learning the unhelpful lesson that US nonproliferation red lines can be ignored with impunity. Iranian leaders hardened their line at the most recent nuclear negotiations in Kazakhstan and are now hinting that they might follow North Korea and simply withdraw from the Nuclear Non-Proliferation Treaty if the West does not provide some urgent sanctions relief, Even after the current crisis ends, the DPRK proliferation problem will persist.

Finally, we have new political leaders in China, Japan, South Korea, and North Korea. The new Chinese officials have adopted more critical rhetoric regarding North Korea but not concrete actions such as interrupting the DPRK's oil supplies. Japan's new conservative government has declared it would shoot down any DPRK missiles heading its way and has imposed perhaps even more sanctions than the United States. The new government in Seoul has suffered from the typical DPRK pattern of threatening new North Korean leaders to test their metal.

The leadership transition in Pyongyang is the most disturbing. It looks like a 29-year old is either provoking crises to demonstrate his manhood or is under the control of his senior generals, who cannot imagine a world without Seoul, Tokyo, and Washington as prime enemies - in either case dashing hopes that the DPRK might pursue new policies after Kim Jong-Il's death. In fact, Kim Jong-un may feel the need to show how tough he is simply to demonstrate that he is as effective a leader as his father. The fear is that these new leaders will take needlessly strong reactions to prove to their domestic constituencies and foreign partners how tough they are.

In addition, these new leaders have no experience playing this type of escalation game, so they could easily miscalculate, as happened in 1950. Nobody in Washington expected North Korea to invade the South that summer, while the leaders in Pyongyang and Moscow were caught by surprise when the United States then intervened to defeat the invasion, even after US diplomats had declared the Korean Peninsula outside the US defensive perimeter in the Asia-Pacific region. Since then, the DPRK has repeatedly caught the United States and other countries off-guard by its bizarre but bold actions.

It was almost 100 ago today that Europe plunged into its First World War because its leaders proved unable to control a minor Balkan incident that soon escalated out of control. At the time, alliance dynamics and technology (railroad timetables) drove the escalatory process. Today, we still have allies fearful of abandonment, while nuclear weapons have their own early use imperatives. It is still important to demonstrate commitment to allies, which risks encouraging reckless behavior, as well as valuable to get in the first blow before your potential adversary does, without really understanding what happens next.

Richard Weitz is Senior Fellow and Director of the Center for Political-Military Analysis at the Hudson Institute in Washington, DC.