South Korean intelligence has reported that Kim Jong-un ordered the assassination of his half-brother. Malaysia police have detained a woman holding a Vietnamese travel document who was identified on CCTV footage. 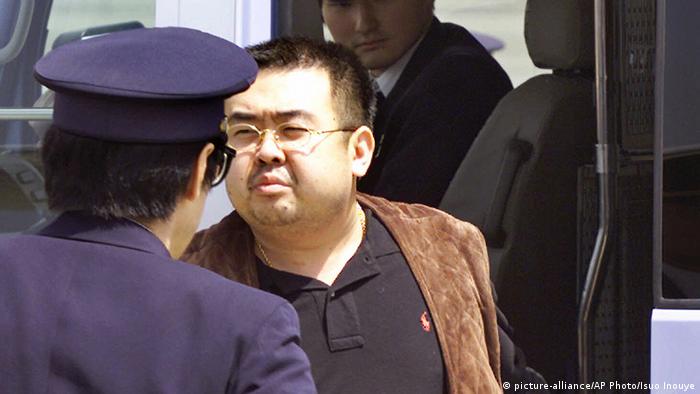 However, on Wednesday, Malaysia police issued a statement saying they had detained a woman identified on a Vietnamese travel document as Doan Thi Huong. The "suspect was positively identified from the CCTV footage at the airport and was alone at the time of arrest," police added. The woman was detained at the low-cost terminal of the Kuala Lumpur International Airport in the Malaysian capital.

Kim Jong-nam was assassinated in Kuala Lumpur airport on Tuesday while on his way back to Macau from Malaysia. He had reportedly been living in exile in the Chinese territory with his second wife and under protection from Chinese authorities.

Seoul's intelligence agency also reported that Kim Jong-un had had a standing order on his brother's assassination, and that there had been a failed attempt back in 2012.

Motive in the regime's actions?

According to Selangor state's criminal investigation chief, Fadzil Ahmat, Kim Jong-nam had told an airport receptionist that someone had grabbed his face and splashed liquid on him. At the airport clinic he reportedly experienced a mild seizure and was then pronounced dead by the time an ambulance had taken him to the Putrajaya Hospital.

Malaysian officials said Wednesday that a post-mortem would be carried out to determine Kim Jong-nam's precise cause of death.

Selected reports suggest that the North Korean leader's half-brother had lived a playboy lifestyle in the gambling haven. That has led experts to believe that the North's leader did not have his brother killed to retain power.

South Korean intelligence indicated that, after the 2012 attempt, Kim Jong-nam had pleaded with his brother to spare his life and that of his family. According to a report, Kim Jong-nam had stressed that he posed no political threat, having little or no support inside North Korea itself.

Cheong Seong-Jang, senior researcher at Seoul's Sejong Institute think-tank, said Pyongyang had been closely watching Kim Jong-nam. The most likely reason for the assassination was that he had committed an act to damage his brother's authority.

Kim Jong-nam was a critic of the North's regime, having once told a Japanese newspaper that he opposed the country's dynastic power system.