After the quarterfinals, three South Asian teams are left in the competition, together with New Zealand. 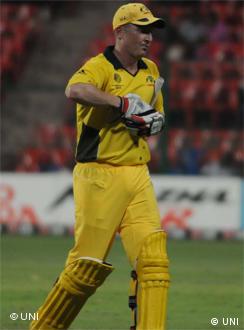 The India vs. Australia game was the pick of the matches

The 2011 Cricket World Cup is down to four teams after the quarterfinals were played from March 23 to 26. And it did hold some surprise with the India vs. Australia game, the pick of the matches, while New Zealand are the surprise semifinalists, who now take on Sri Lanka. Meanwhile India will take on archrivals Pakistan in an intriguing semifinal. 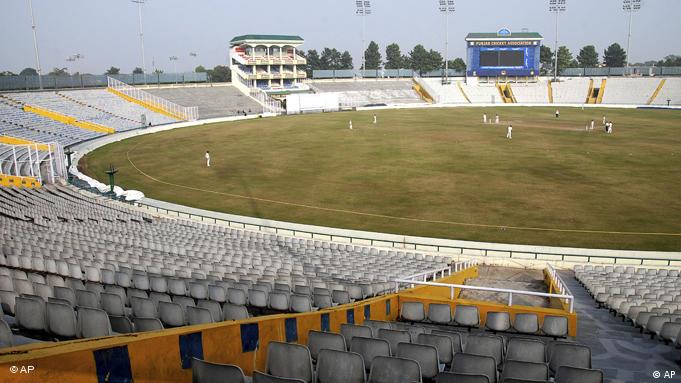 The cricket world is gearing up for the final matches

In the opening quarterfinal Pakistan took on the West Indies at the Shere Bangla National Stadium, Mirpur in Bangladesh. The West Indies had a disastrous day at the bat, scoring just 112 runs with Shivnarane Chanderpaul the top scorer 44 not out. The main damage was once again done by Pakistan captain Shahid Afridi, who took four wickets and then Pakistan needed just 20.5 overs to reach the desired target without the loss of any wicket. A 10 wicket win with Mohammed Hafeez scoring 61 and Kamran Akmal scoring 47 easily batting through the innings.

In the second quarterfinal India faced defending champions Australia, who came into the game as the 1999, 2003 and 2007 World Cup winners; but in this edition of the tournament it had become clear in the group stage that this Aussie team didn’t have the quality of years gone by. And this was exposed by a fighting India unit, who played their best match of the tournament so far. At the Sardar Patel Stadium in Ahmadabad Australia were restricted to 260/6 with captain Ricky Ponting top scoring with a solid knock of 104. Yuvraj Singh along with R. Ashwin and Zaheer Khan did the damage for India with two wickets each. India cruised along with some hiccups here and there but half centuries from Sachin Tendulkar, Gautam Gambhir and Yuvraj Singh enabled India to topple the world champions to set-up a scintillating clash with Pakistan. 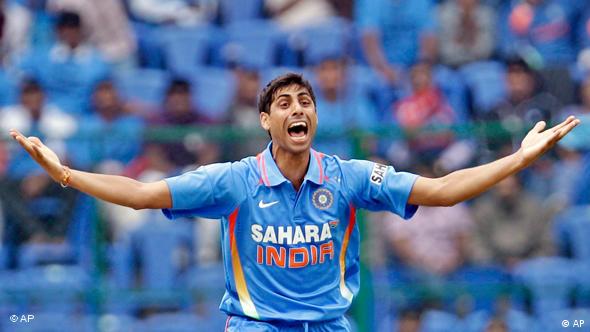 Will India be celebrating after the game with Pakistan?

South Africa maintained their chocker’s tag when they were upset by New Zealand in a 49 runs defeat at the Shere Bangla National Stadium, Mirpur in Bangladesh. Going into tournaments South Africa always are among the favourites, but their one-day World Cup track record is just unbelievably bad as this was their fifth consecutive loss in a knockout World Cup game. The Kiwis didn’t have the best of innings, scoring only 221 for 8. A 114 runs partnership from top scorer Jesse Ryder (83 runs) and Ross Taylor (43 runs) steadied the innings to a respectable total, but South Africa was expected to get past it. The Proteas never really got their innings going as wickets fell at regular intervals and they just couldn’t push their run chase with them being all out for only 172 runs. 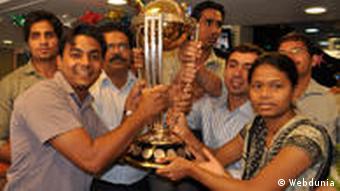 Who is going to take home the Cricket World Cup 2011 trophy?

The fourth and final quarterfinal was played between hosts Sri Lanka and unpredictable England at the R Premedasa Stadium in Colombo. England scored a decent 229/6 with Jonathan Trott top scoring with 86, a fighting total against charged-up hosts. But Sri Lanka cruised to a never ever threatened 10 wicket victory with Tillakaratne Dilshan, scoring 108 not out and Upal Tharanga scoring 102 not out with over 10 overs to spare.

India, Pakistan snuggle up for cricket

Pakistan's Prime Minister accepts invitation from his Indian counterpart to watch the India-Pakistan World Cup semifinal on Wednesday in India. Many hope the cricket diplomacy will help improve strained ties. (28.03.2011)

The Future of the 50 Overs Cricket World Cup

The big point of discussion in the 2011 Cricket World Cup: should the International Cricket Council host smaller and shorter 50 Over World Cups with associate nations? (21.03.2011)