With quarterfinals kicking off, fans cheer their cricket teams. 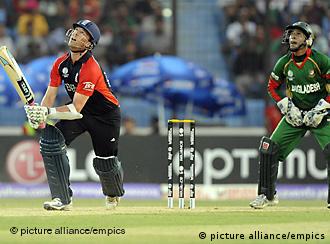 One of the most amusing teams to watch has been England

The group stage in the 2011 Cricket World Cup is over and done with after 30 days of non-stop match action across India, Sri Lanka and Bangladesh. The 14 participating nations were split into two groups of seven teams each with every side having to play six matches to decide the group’s outcome.

After 42 matches, the top four of each group have now moved into the knockout quarterfinals with no real upsets as the top eight made it, while the quarters are set to be played from March 23 to 26. The tournament meanwhile remains wide open with all still-participating sides having a chance to win the trophy. An interesting fact to note is that no nation has been able to move into the quarterfinals with an all-win record. 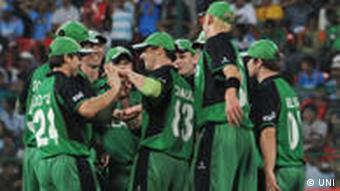 Group A went pretty much by the book, with Pakistan, Sri Lanka, Australia and New Zealand moving on, while Zimbabwe, Canada and Kenya were eliminated. Defending champions Australia came into the group stage having not lost a game over the last few World Cups, but it was the unpredictable Pakistan who ended their winning streak in their last group game and this allowed Pakistan to top Group A.

Group B was more open with wins and defeats among the test playing nations, with England going on to lose against Bangladesh and Ireland. But in the end, South Africa, India, England and the West Indies moved into the knockout stage, while Bangladesh, Ireland and the Netherlands had to pack their bags.

The most entertaining team so far has proven to be England, as one could only speculate on the outcome of their matches. They beat minnows the Netherlands, one of the tournament favourites in South Africa and the West Indies, all in close games; drew hosts India in a thriller; but also lost to Ireland and Bangladesh in incredible comeback defeats. At one stage it looked like England would lose out to Bangladesh, but a win against the West Indies in their final group game ensured their passage into the quarterfinals. 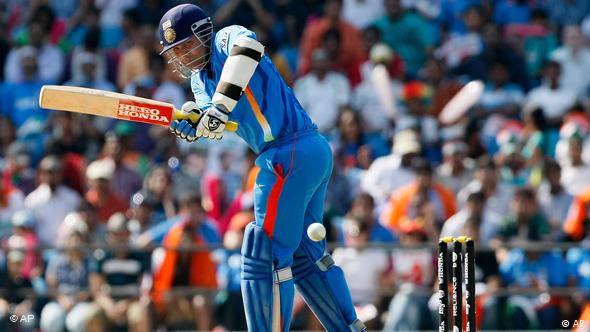 Support for the home teams has been massive so far during matches with India, Sri Lanka and Bangladesh, but otherwise, many matches had to be played in front of empty stands. In Bangladesh, street parties where held after every win, but there was also the terrible incidence of stone pelting of the West Indies’ team bus after Bangladesh had been bundled out for 58 runs, resulting in a nine wicket defeat. Luckily initial logistical and ticketing problems have been sorted out, with many expecting the tournament to really kick-start on Wednesday when the quarterfinals begin.

The Future of the 50 Overs Cricket World Cup

The big point of discussion in the 2011 Cricket World Cup: should the International Cricket Council host smaller and shorter 50 Over World Cups with associate nations? (21.03.2011)

Cricket World Cup 2001: Why the lackluster?

South Asians are usually very keen on cricket. But it doesn't seem that way during this World Cup. (17.03.2011)

The 43 day tournament will be held in 13 stadiums across the sub-continent with 14 nations in action. The final will be played on April 2 at the Wankhede Stadium in Mumbai. (18.02.2011)