The 43 day tournament will be held in 13 stadiums across the sub-continent with 14 nations in action. The final will be played on April 2 at the Wankhede Stadium in Mumbai. 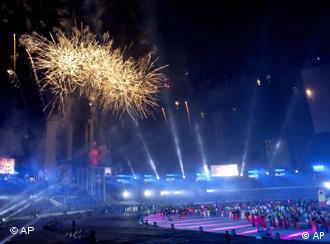 Thursday's kick-off in Bangladesh was a colorful event

The colourful opening ceremony was held on Thursday at the Bangabandhu Stadium in Dhaka where the captains of all the participating nations were driven into the stadium in a typical rickshaw. The show included elements from all the three host countries in local song and dance. The event ended with a fireworks display after Canadian singer Bryan Adams took center stage with his classic hit "Summer of ‘69". 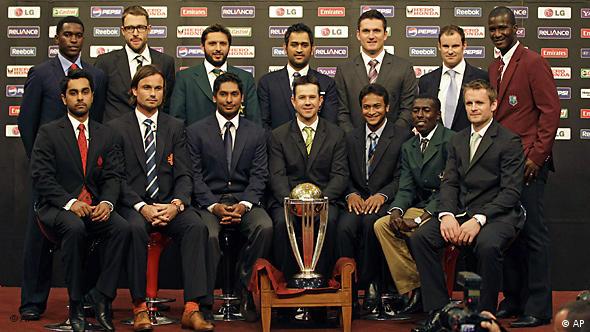 The three Test playing nations India, Sri Lanka and Bangladesh will be co-hosting the 10th Cricket World Cup under the One-Day International format of 50 Overs. Originally the tournament was supposed to have been co-hosted by four nations, but Pakistan was stripped of its rights to play co-host to the event after an attack on the Sri Lankan cricket team in Lahore in 2009. It was felt that Pakistan was too instable politically and that security could not be guaranteed.

The International Cricket Council has decided to double the prize money in this year's World Cup to US $10 Million. The champions would be richer by US$ 3 Million and the runners-up would receive US $1.5 Million.

The fourteen teams have been split into two groups of seven teams each. Group A will see defending champions Australia taking on Pakistan, New Zealand, Sri Lanka, Zimbabwe, Canada and Kenya; while in Group B, India will face South Africa, England, West Indies, Bangladesh, the Netherlands and Ireland. After the group stage, four of the seven teams move into the quarterfinals and from there on the World Cup will be a knockout tournament until the finals.

To name a clear cut favourite is difficult, but the co-hosts India and Sri Lanka are seen as potential title contenders going into the tournament. Other sides like Australia, South Africa and England have failed to deliver in south Asian conditions in the past and experts doubt that things will change this time around. 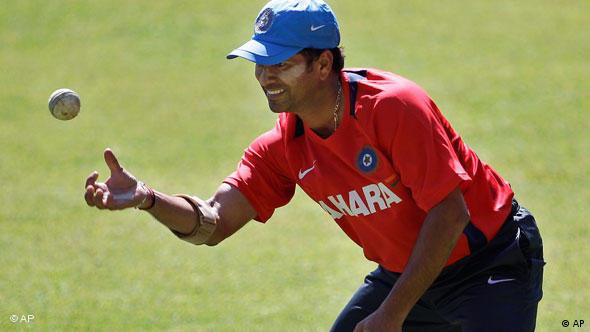 When one talks about potential stars of the 2011 Cricket World Cup then one cannot ignore Indian legend Sachin Tendulkar. The 37 year old will become the first cricketer to play in six World Cups and a lot is expected of him from the expectant home fans. Other stars may emerge during the tournament.

Here in India expectations are high and nothing short of the title will be acceptable to the millions of fans.

After three Pakistani cricketers were suspended following a match fixing allegation, the investigation has now shifted focus to India, the largest revenue base for cricket and a money spinner for betting buffs. (03.09.2010)

The Indian cricket authorities have suspended the head of the Indian Premier League (IPL). Lalit Modi is accused of corruption and tax evasion. (26.04.2010)

Pakistan will send a team of investigators to probe bribe allegations against players of the national cricket team. Interior minister Rehman Malik says that the team will help British police in investigating the claims. (31.08.2010)