Jacob Zuma is facing massive protests after culling critics from his cabinet in a midnight reshuffle. A quarter of the country is unemployed and two ratings agencies have downgraded South African debt to "junk" status. 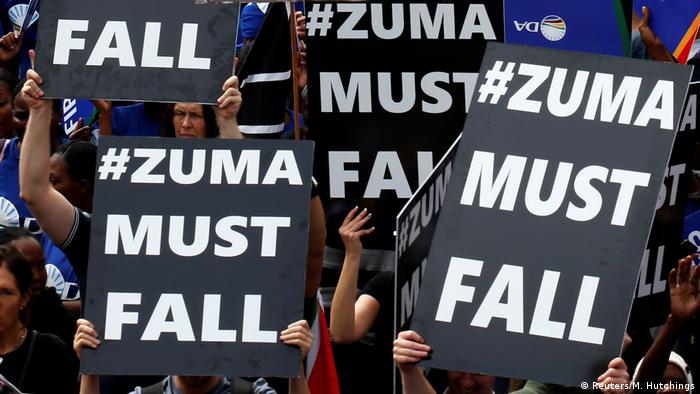 More than 30,000 South Africans protested across the country on Friday, calling for President Jacob Zuma to stand down.

Police fired rubber bullets and tear gas at Zuma supporters in the streets of Johannesburg as they attempted to reach peaceful backers of the opposition Democratic Alliance (DA) party, who had called the protests.

"Today is just the start. Many more marchers are coming. We will continue until ... South Africa is back to where it belongs," DA leader Mmusi Maimane told a crowd in Johannesburg.

Several thousand protesters gathered outside the government seat in Pretoria, while another crowd demonstrated outside parliament in Cape Town, chanting: "Zuma must fall!"

Calls for Zuma's resignation ramped up after he sacked respected Finance Minister Pravin Gordhan as part of a cabinet shake-up. The overhaul announced at midnight included 10 ministerial changes, clearing out many of Zuma's critics. 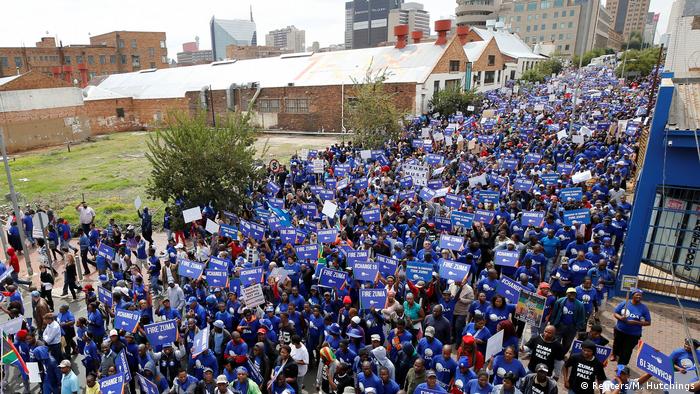 The move caused the rand to drop by about 11 percent against the dollar and prompted rating agencies Fitch and Standard and Poor's to downgrade South Africa's sovereign credit status to non-investment grade or "junk" status.

Support for Zuma tanked in South Africa as economic growth slowed to 0.3 percent last year and unemployment topped 25 percent. His reputation was also damaged by the so-called Nkandla scandal, in which he used taxpayers' money to upgrade his rural home, and by his close ties to the Gupta business family.

"South Africans will come together to protest our country being ruled by a clique that is determined to steal from the people and side-step accountability," Maimane said in a statement.

Zuma was facing a no-confidence ballot on April 18, a vote ANC parliament members said they would defeat.

The ANC led the decades-long struggle against Apartheid, and carried Nelson Mandela to power in the 1994 elections that ended white-minority rule. Once practically omnipotent, the party slipped to 55 percent of the vote in last year's local elections - its worst ever result.