A woman found at the scene of a car crash in South Africa was declared dead by a crew of paramedics. Despite showing "no signs of life" at the time, mortuary technicians later made an unexpected discovery. 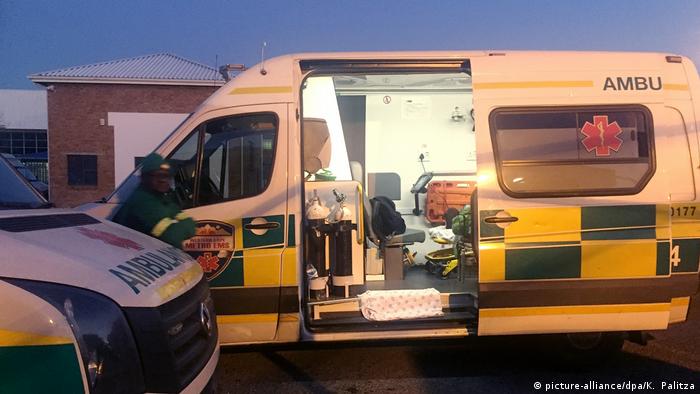 The case of the woman who seemingly came back to life has baffled paramedics in South Africa.

Emergency services said the woman was involved in a deadly pile-up near the town of Carletonville, which saw the car she was riding in roll and throw all three occupants out of the vehicle.

"When our ambulance arrived on the scene, we followed all the procedures," Gerrit Bradnick, operations manager at ambulance service Distress Alert, told the German DPA news agency.

The rescuers checked the woman's breathing and pulse and found "no signs of life," he added.

The woman was declared dead and transported to the morgue. Several hours later, however, a mortuary technician found her to be alive in one of the fridges.

"When he pulled out the woman's body‚ he saw that she was breathing," a source in the morgue told the local newspaper, Sowetan.

'We're in the business of keeping people alive'

"You never expect to open a fridge and find someone in there alive," the source added. "Can you imagine if we had begun the autopsy and killed her?"

The woman was subsequently transported to a hospital.

Responding to the incident, emergency official Bradnick said paramedics had "no idea how it happened."

The Local health department has launched a probe into the oversight, according to the Sowetan.