Plastic, paper, metal and household waste — some 90% of trash ends up in landfills in South Africa. One recycling startup wants change that by rewarding those who separate their refuse.

Around 7% of South Africans separate their household waste. In a country battling mass unemployment, corruption and crime, recycling is low on the priority list for most and there's no uniform system for collecting separated trash.

Chad Robertson and Nkazimlo Miti are working to promote recycling. In 2018, they founded the startup Regenize and have since been collecting more than 2 tons of recyclable trash a month in the Cape Town suburb of Bridgetown. 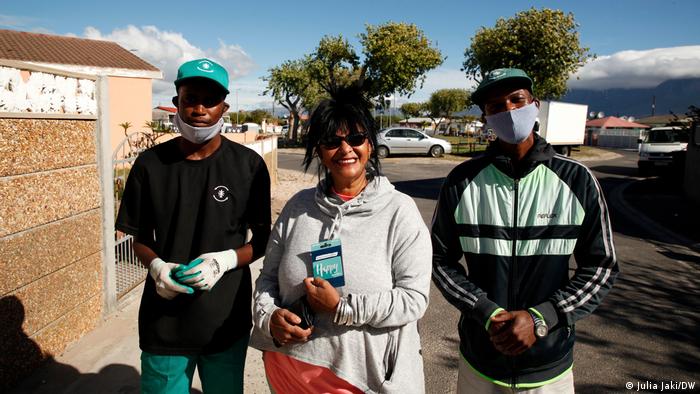 But the firm couldn't do it without the help of Bridgetown locals. To get them on board, Robertson and Miti set up a reward scheme. Residents who separate their waste and give it to Regenize receive a voucher they can then use for their shopping, for instance. Some 515 households take part in the award-winning project and the startup now employs 12 people.

Budget: The company covers its outgoings by selling recyclable material, as well as through donations and prize money. Regenize recently won a SEED "Low Carbon" award for its activities. The SEED project promotes entrepreneurship for sustainable development and is funded through the German Environment Ministry's International Climate Initiative (IKI).

Duration: Regenize was founded in 2017.

A film by Julia Jaki

Waste is everywhere in our world. Plastic bottles end up in landfills or in our oceans and can take hundreds of years to decompose. How can we change this? What are the alternatives and solutions to this huge problem?

Uganda: Turning trash into COVID masks for the hearing-impaired

When entrepreneur Juliet Namujju realized COVID masks were preventing her hearing-impaired staff from lip-reading, she resolved to find another enterprising use for Uganda's mountains of plastic waste.

Water scarcity is a growing problem in California after years of megadrought. In San Diego people are looking for ways to save water.