Prominent names from the South African music industry came together to pay a musical tribute to Hugh Masekela. The jazz musician and anti-apartheid activist died on Tuesday after a decade-long fight with cancer. 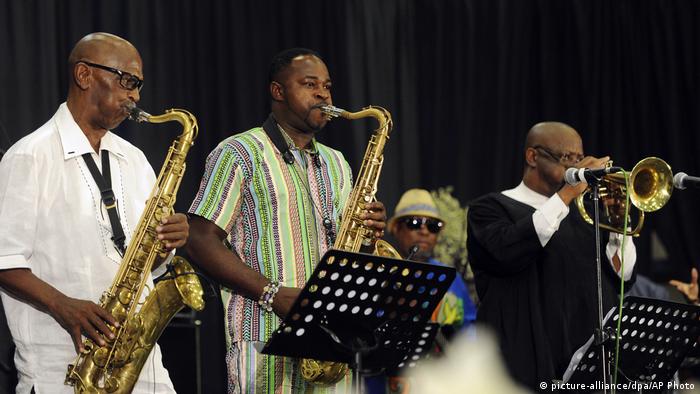 Hundreds of family, friends and fans took part in a memorial held at the University of Johannesburg's Soweto campus to celebrate the legacy of the 'father of South African jazz' — Hugh Masekela.

Masekela, also known for his anti-apartheid activism, died on January 23 at his Johannesburg home after a prolonged battle with cancer. He was 78.

Paying her tributes to Masekela, his sister Barbara said the jazz musician remained strong until his last days and did not want anyone to feel sorry for him, South African broadcaster SABC reported.

"As soon as he got out of the house we would burst into tears but not in front of him because you may know him as a jolly musician but my brother was a stern man and when he said something, he meant it," she said.

South African Minister of Arts and Culture Nathi Mthethwa said: "Let us rejoice in the realization that Bra Hugh contributed meaningfully to humanity during his lifetime."

"Although he can no longer compose new songs, grace our stages and blow the trumpet, we know that his thundering voice will resound beyond the grave. Even death cannot silent [sic] his voice. Bra Hugh lives through his music."

The memorial marks the culmination of the week-long celebrations of the music icon's life. On Friday, mourners gathered in Alexandra Township in Johannesburg, where Masekela began his incredible musical journey.

In accordance with the jazz musician's wish, Masekela's funeral would be a private affair attended only by close friends and family.

In a career spanning nearly six decades, the trumpeter, singer and composer gained international fame with his distinctive Afro-jazz sounds.

Many of his compositions, such as "Soweto Blues" and "Bring Him Back Home," became well-known anti-apartheid anthems for exposing South Africa's oppressive system of white minority rule.

All that jazz at the Jazzfest Bonn

World-class stars and up-and-coming artists are in the 2018 season, including pianist Django Bates, Bonn's own trumpet star Nils Wülker and the band Inkognito. (29.11.2017)

The jury called Niescier "one of the most interesting musicians on the European jazz scene" and "an extraordinarily inspired saxophonist and composer with a daring sound." She is 13th winner of the prestigious prize. (03.11.2017)