US airstrikes have killed over 150 fighters at an al-Shabab training camp in Somalia, said a Pentagon spokesman. But the group says it's just "American propaganda," noting they never put that many fighters in one place. 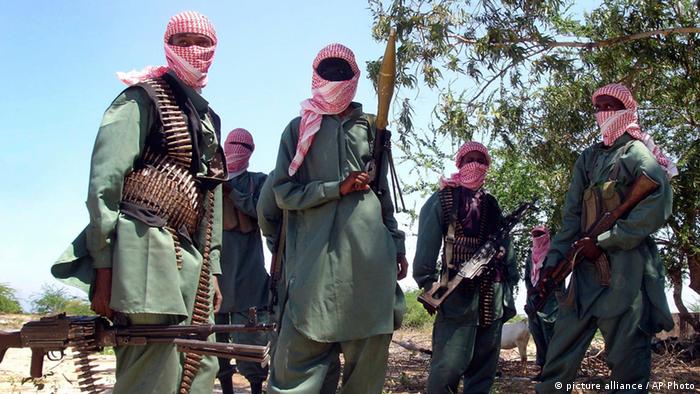 The Somalia-based militant group al-Shabab on Tuesday confirmed that US airstrikes hit one of its training camps, but denied that over 150 of its fighters were killed in the attack.

"The death toll which Americans are circulating is far from the reality on the ground," the group's spokesman Sheikh Abdiasis Abu Mus'ab told Somalia's pro-insurgency Radio Andalus, dismissing it as "American propaganda."

"As al-Shabab, we have enough experiences of not deploying such a high number of our fighters in one training camp just to avoid imminent attacks against us," Abu Mus'ab noted.

Pentagon spokesman Captain Jeff Davis said on Monday that US airstrikes, which included the use of warplanes and unmanned drones, left more than 150 militants dead.

However, a Pentagon statement published later Monday did not cite a casualty figure, adding that the US was still assessing the "results of the operation."

"The fighters who were scheduled to depart the camp posed an imminent threat to US and African Union Mission in Somalia (AMISOM) forces in Somalia," the Pentagon statement noted.

"The removal of these fighters degrades al-Shabab's ability to meet the group's objectives in Somalia, including recruiting new members, establishing bases and planning attacks on US and AMISOM forces," the statement added.

Somalia has struggled to contain the al-Qaeda-affiliated militant group's insurgency. In 2015, AMISOM, alongside the Somali military, drove the group from several of its strongholds.

An African security expert tells DW that the international community needs to support the Somali government in strengthening its forces to combat al-Shabab.

However, al-Shabab continues to launch attacks on domestic and international targets, including an assault on Kenya's Garissa University that left some 150 people dead in 2015.

In February, the militant group managed to place a bomb on a civilian aircraft, which detonated during the plane's ascent, although a Serbian pilot was able to land it safely.

Somalia descended into chaos in 1991 when armed opposition groups ousted President Siad Barre, a strongman who led the country under the strict military rule for 21 years. In 2011, al-Shabab was driven out of the nation's capital by AMISOM troops and government forces.

The siege at the Hayat Hotel in Mogadishu, a venue popular with lawmakers and government officials, has ended after stretchiing into a second day.