Somalia to host IGAD for the first time in 30 years

Heads of state from the Horn of Africa are scheduled to meet in Somalia’s capital Mogadishu for the 53rd IGAD summit. But is Somalia ready to host such a meeting? 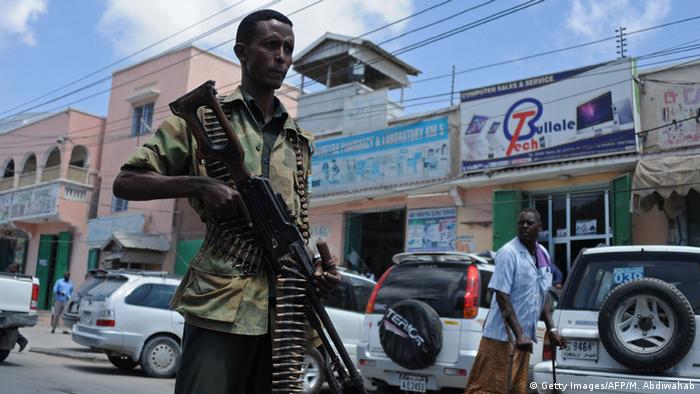 On Tuesday, the leaders of the member states of the Intergovernmental Authority on Development (IGAD) Djibouti, Ethiopia, Eritrea, Kenya, South Sudan, Sudan, Somalia and Uganda, will start deliberations on peace, development and the holding of elections in the host country.

Prior to the meeting, Somalia's Foreign Affairs Minister Abdusalam Omer Hadliye told the media that the political situation in South Sudan will also be discussed. Then Hadliye pointed out: "It is the first time Somalia hosts such a high-level summit in 30 years. We see it as a historic signal and message to the world that Somalia is coming back."

Various researchers and human rights activists based in Somalia and abroad also describe the meeting as historic. They believe that the capital Mogadishu is ready and able to host this kind of event.

Others feel that Somalia is returning as a political actor in the region, having markedly improved security ever since the current federal government took over in 2012.

To help maintain security, the African Union (AU) stationed 22,000 soldiers in Somalia. They are meant to assist the federal government in its war against the terror group Al-Shabaab. Regardless of all progress made, Somali authorities had to beef up security prior to the meeting to ensure safety and prevent terrorist attacks.

Security personnel were deployed in sensitive areas and along the roads leading to the capital's airport and to the presidential palace. Police checked vehicles and passersby. They also mounted road blocks in Maka al Mukarama, Sayidka, Zoppe and the Airport Road.

Not at peace yet 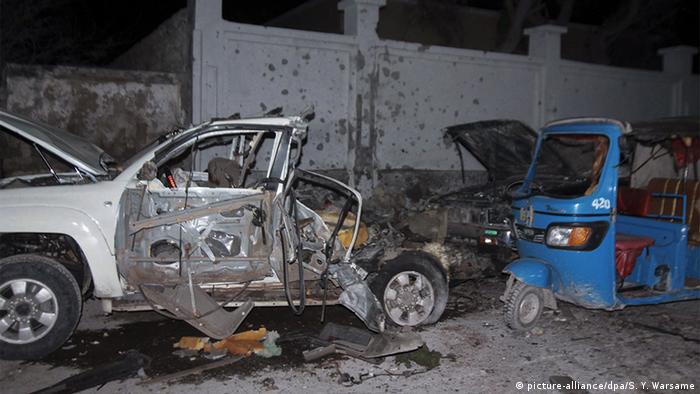 Mogadishu is still regularly attacked by the terrorists of al-Shabaab

He noted that the situation remains precarious, as evidenced by the extent of road blocks, closures of business operations and a recent car bomb in the capital. Solimon sees the bloc's leaders as interested in not only ensuring peace and development, but also eager "that free and fair elections" take place.

According to this expert, the summit needs to come up with tangible policies on security, peace and development, including a way to hold free and fair elections in Somalia. "In my view it would be necessary to have a common agreement on the polls that Somalia will soon have," he said.

The country is gearing up for elections to the Lower House of Parliament and will also be choosing a new President on October 30 this year. President Hassan Sheikh Mohamud mandate expired on September 10. Parliament is already pressuring him to hand over power.

The IGAD summit will also check on the progress made in preparing for the polls. Media report that at least 14,025 traditional elders will elect the members of parliament in the upcoming election to the Lower House. This is a considerable increase compared to 2012, when only 135 elders participated in choosing all MPs.

Correction: An earlier version of this article misattributed two quotes to a Somali human rights activist.

A suicide bomber has detonated a large bomb outside a popular Mogadishu hotel, killing soldiers and civilians and injuring top state officials. The nearby presidential compound was also damaged in the blast. (30.08.2016)

Six gunmen have stormed a beachfront restaurant following a car bombing. Security forces exchanged fire with the militants, whom officials said were alligned with Al Shabab. (25.08.2016)

A truck and minibus, each packed with explosives, have detonated at a local government office in Somalia, sparking chaos. Al-Shabab is waging an insurgency against the internationally backed government. (21.08.2016)