Fresh clashes have erupted between Azerbaijan and Armenia over the disputed region of Nagorny Karabakh. Tensions have reached a spike in the long-running territorial conflict. 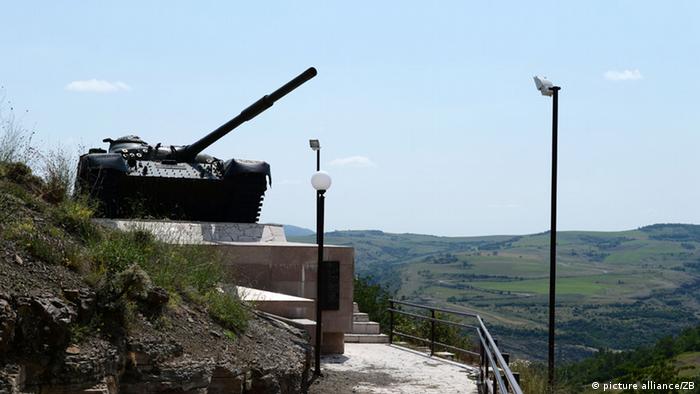 Azerbaijan said on Saturday it had lost four soldiers in fresh clashes with Armenia near the Nagorny Karabakh region, long a source of contention between the two ex-Soviet nations.

"Armenia's reconnaissance and sabotage groups had once again tried to attack Azeri positions at the line of contact," the defense ministry in Baku said in a statement.

"As a result of the clash, four Azeri troops died," the statement said.

Armenian-run Nagorny Karabakh said it had lost one soldier, a 25-year-old ethnic Armenian. It accused Azerbaijan of trying to carry out "sabotage and reconnaissance activities."

The latest clashes come after Azerbaijan on Friday said eight of its soldiers had died in three days of sporadic fighting with Armenian troops on the border of and near the disputed region.

The Nagorny-Karabakh region is internationally recognized as belonging to Azerbaijan, but was seized by Armenian-backed separatists in a 1990s war in which 30,000 died by the time it ended in 1994.

Since then, Azerbaijan and Armenia have held years of negotiations over the region, without ever signing a peace deal, while their troops have occasionally clashed in skirmishes along the front.

In view of the current escalation of the conflict, the United States on Friday renewed a plea for the two countries to hold talks at presidential level to resolve the conflict.