The experimental aircraft Solar Impulse 2 has landed in Seville after the first-ever fuel-free trans-Atlantic flight. It was the 15th leg of a historic circumnavigation bid. 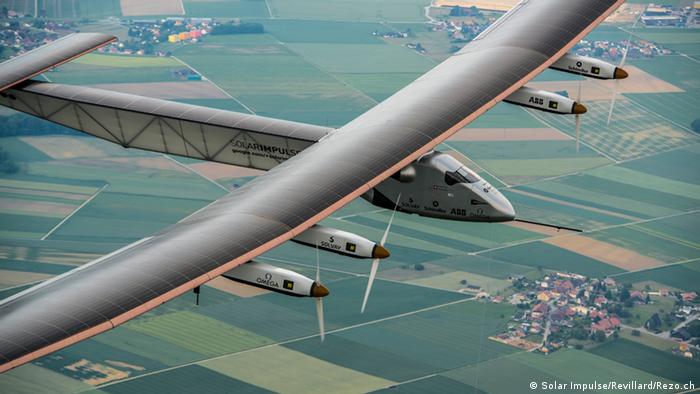 Swiss pilot Bertrand Piccard on Thursday successfully landed the Solar Impulse 2 aircraft in the southern Spanish city of Seville after a landmark 70-hour nonstop flight from New York powered only by the light of the sun.

The Solar Impulse 2 is nearing the end of its attempt to make the first-ever aerial circumnavigation of the world with the sun as the only source of power. 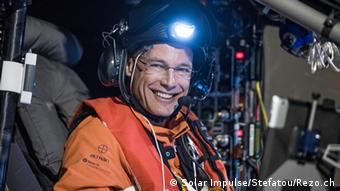 Its two pilots, Piccard and Swiss compatriot Andre Borschberg, who have been taking turns at the controls of the single-seat plane, say they want their project to raise awareness of renewable energy sources and technologies.

The plane is powered either directly by the sun or, at night, from energy stored by 17,000 photovoltaic cells. Although the aircraft is no heavier than a car, its wingspan is that of a Boeing 747.

If the plane succeeds in its east-west circumnavigation bid, it will have covered altogether 35,400 kilometers, flying typically at 48 kilometers per hour (28 mph), though it can attain double that when flying in full sunlight.