Solar energy on the rise | Environment| All topics from climate change to conservation | DW | 19.01.2015

Solar energy on the rise

Global investment in solar energy is on the rise. In 2014, sales of solar panels increased by 20 percent. Although German solar producers are struggling with Asian competitors, they remain optimistic. 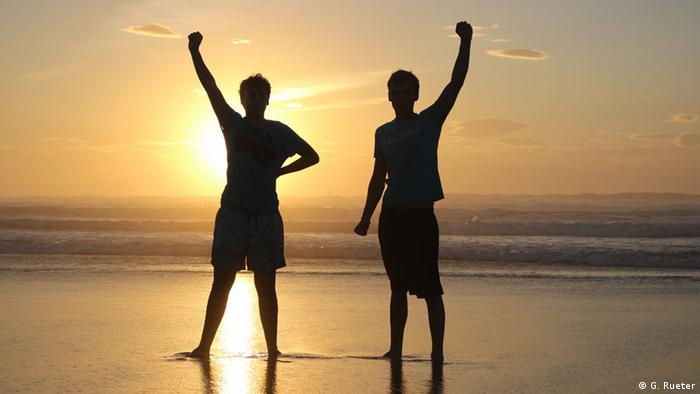 As the cost of solar energy production continues to fall, the market is experiencing something of a boom. In many parts of the world, it has become cheaper to produce solar power than diesel oil, gas, coal or nuclear energy.

Preliminary statistics suggest that solar energy generation rose by 45 gigawatts (GW) in 2014, and achieved an output akin to that of 11 large coal or nuclear power stations. But experts say the big boom is yet to come, and are predicting an increase of 50 GW for 2015, and a continued upward trajectory in the ensuing years.

"In 2020 we expect a rise of between 100 and 150 gigawatts," Eicke Weber, Head of the Fraunhofer Institute for Solar Energy Systems said. "The market will grow rapidly." And if that happens, four percent of the world's energy demand could be met with solar power.

Latin America and Africa are catching up

The global solar market is changing. In its early days, it was largely a European venture, but in 2013, the surge reached China, Japan and the USA. And in 2014, many countries in Latin America, the Middle East and Africa jumped on the bandwagon.

Germany and Italy, however, have reduced their investment. The past two years have been particularly tough for German companies producing or installing solar panels. A struggling domestic market coupled with stiff competition from China pushed many companies to bankruptcy. Of the roughly 127,000 employees in the domestic solar market, 50,000 lost their jobs.

One of the problems, both for European and US companies, is the Chinese government's policy of subsidizing solar panel production.

"It is a state-directed economy," said Mila Nitzschke, spokesperson for Solarworld - a German company that produces solar panels. "China is trying to dominate the world market using unfair methods, by selling products below production prices."

To protect itself from cheap imports, Solarworld pressed for anti-subsidies customs duties in the USA and Europe. It got what it wanted. Anything else, Nitzschke says, would have proved fatal.

"If we didn't have these minimum prices, we wouldn't have a solar energy industry in Europe anymore," he told DW. "So it's important that this regulation stays in place and that violations are not tolerated."

Towards a brighter future 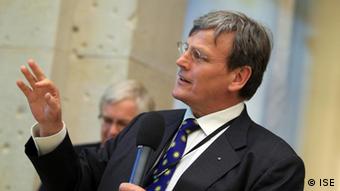 Germany appears to have moved beyond the slump, and the industry is now pinning its hopes on falling energy production prices. They are tipped to drop by over 30 per cent in the next five years.

With energy providers, municipal utility companies and housing industry aiming to provide tenants with the capacity to generate solar power from their own roof tops, the sale of solar panels is on the rise.

"In the case of Germany, people in the sector are looking at 2015 with greater optimism," Jörg Mayer, managing director at the German Solar Industry Association told DW. "And there is even greater optimism regarding international markets. Most companies have already realigned their strategies and are now also doing business abroad."

As the global industry continues to grow, so does the need for skilled workers. German mechanical engineers are leaders of the pack when it comes to equipping high-tech-factories, and their 2014 turnover was up 30 percent on the year before. The outlook for 2015 is also bright. "We expect new investments in new product lines" said Peter Fath, spokesperson for the German Engineering Association's steering committee for photovoltaic resources.

Even Solarworld, which has been through some rough times, sees the future in positive light. "We are working on increasing capacity and efficiency and reclaimed our spot as one of the leaders in the worldwide solar industry," Nitzschke said. "We will make it back into the top ten. We are the biggest producer outside China, and that's what we want to be in the future."

For the first time in years, CO2 emissions in Germany are on the decline again. The increased use of renewable energy and a focus on energy efficiency have also brought lower electricity prices. (08.01.2015)

Where has all the courage gone? Germany's transition to renewable energy used to be a prestige project. But a new flawed reform is endangering its core principles, says Richard Fuchs. (04.01.2015)