There are usually two adjectives people link to the former German Democratic Republic: gray and bleak. A photo exhibition at the German Historical Museum Berlin sheds new light - and color - on East Germany. 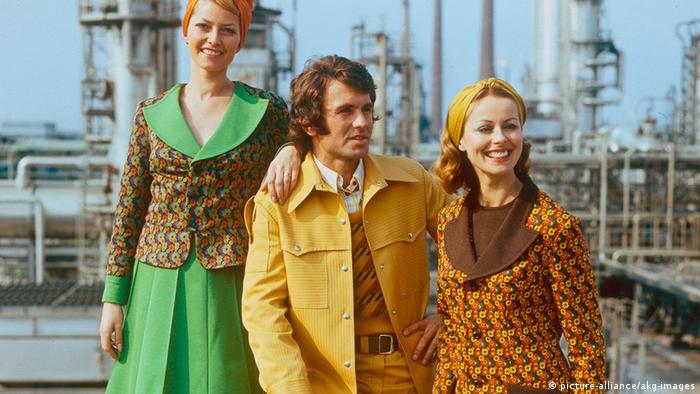 Martin Schmidt is still not happy living in a capitalist society but at least these days he is in a good mood. Twenty-five years after the wall came down a large part of his past has come to life once more. The German Historical Museum in Berlin is currently showing an exhibition of photos that Schmidt, who was a photographer in the old East Germany, took for news magazines, catalogues, and booklets.

The photographs were commissioned to depict life in the communist-ruled East Germany, the German Democratic Republic (GDR), in full living color. Under the title Colour for the Republic the exhibit features almost 150 photos shot in the 1960s and 70s. 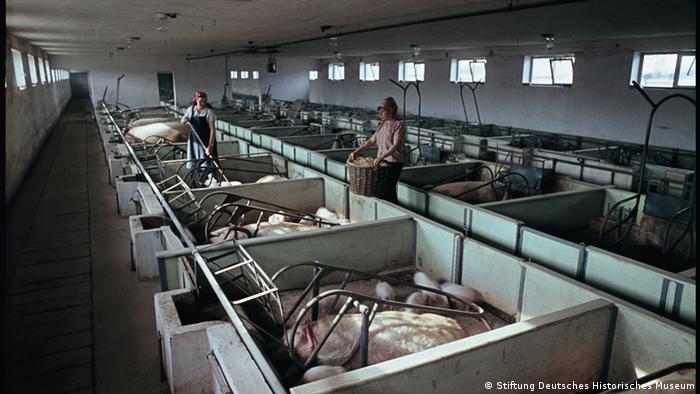 Pig sty in an agricultural cooperative, 1966

With bright eyes and an amused smile, the 88-year-old Schmidt looks at the room packed with journalists and exhibition visitors at the opening of the exhibition.

"I don't understand this huge interest in me," he says quietly. After all, the GDR has been history for so long. Why then would someone want to know which photos he took on behalf of a country that hardly anyone misses today?

Carola Jüllig, the exhibit's curator, understands the interest in this part of East German cultural history very well. The collection is the first to present journalistic photographs from the German Democratic Republic using exclusively color photography.

"These pictures are propaganda," she clarifies. "But they are also great photos. They show a positive, shining GDR." 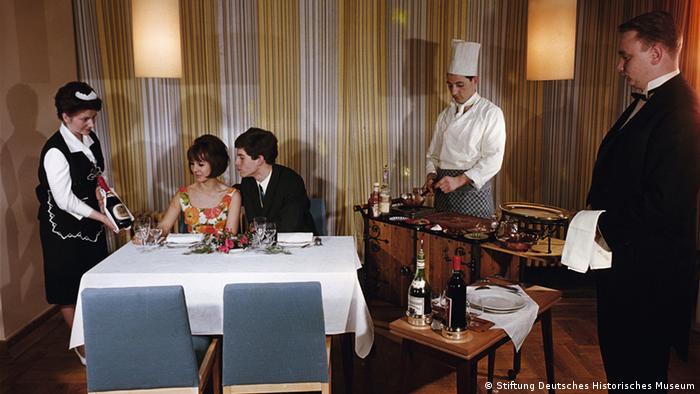 A restaurant scene at the Interhotel Leipzig, 1967

A treasury of photos

After the wall came down in 1989, the German Historical Museum Berlin was able to buy the photo collections of two GDR photographers in the 1990s. One was Martin Schmidt, the other Kurt Schwarzer, who died in 2012.

Thousands of negatives, quite a number of them in color, were hiding in the cellar of the museum archive for years, until Jüllig started looking through them. And what she discovered deeply astonished her. "I discovered a true treasure down there," she said.

As a West German, Jüllig only knew the artistic works of Ostkreuz photographers, who usually portrayed life in the GDR in black-and-white, she says. Those pictures were officially not allowed to be shown in the GDR. But when Jüllig worked her way through the archive inventory of the two photographers, life in the East German state slowly became more colorful. 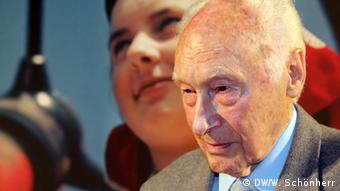 Martin Schmidt still believes in the cause his photographs championed

The exhibition shows the photo essays of the two photographers on large-size prints. Organized into seven different themes, such as "In the Factories" or "The Socialist City," the photographs portray people in the GDR in everyday situations, such as at work or enjoying their spare time.

One picture shows young men on a building site hoisting a steel pipe, another depicts a young couple sitting on a moped and staring into each other's eyes. They are pictures from a faraway time with a clear message: look how beautiful and colorful the GDR was.

"It has nothing to do with the reality of life in the GDR," Jüllig says, explaining that bad-tempered people, bored workers, rattling Trabant mini-cars or bleak prison walls were not photographed.

"They didn't want to show anything negative," Martin Schmidt adds. Newspapers in display cabinets show the context the photo essays were taken in.

At the exhibition opening, Schmidt stands in front of a photo showing a young female farmer on a tractor, with a glorious blue sky in the background. He took the picture in 1965 for "Learning and Acting," a journal for officials of the Democratic Women's League of Germany. 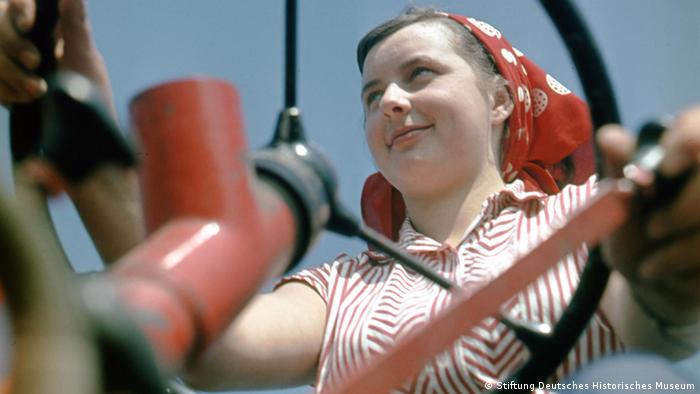 Now, more than 40 years later, Schmidt is excited about the technical composition of the photo. "It's a great picture when it comes to color combination. The red of the headscarf and the blue of the sky, that's beautiful, isn't it," he says. And indeed, the picture is beautiful, as are most of the pictures displayed at the exhibition.

Martin Schmidt and Kurt Schwarzer, who both worked back then as freelances, knew what they were doing. They knew how to arrange a photo to deliver a message. They also knew that this message always had to be the same - in the positive interest of the socialist party leadership of the GDR. All these photographs they took on behalf of newspaper editors or catalog producers were used as advertising material. And the product they were advertising was socialism. 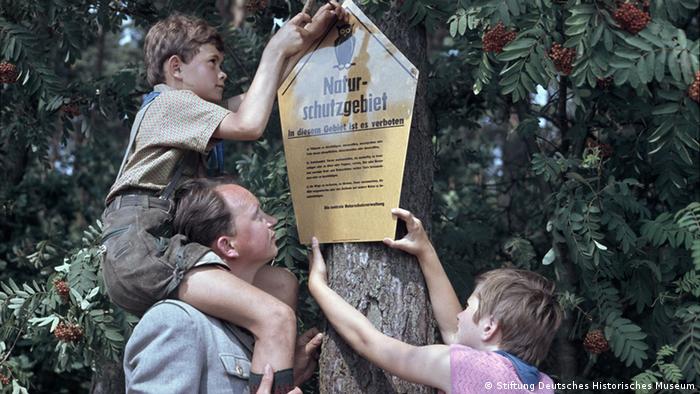 Putting up a nature reserve sign during a summer camp of the communist party youth organization, 1969

While his colleague, Kurt Schwarzer, thought of himself as more of a non-political craftsman, Martin Schmidt fully supported the political message of his photography.

Born in 1925, he spent his entire youth under the Nazis. He was driven from his home-town and lost his father in World War II, and he only had one goal: No more war.

"It was said we were doing commissioned photography," he says. "And yes, I worked to commission, but mostly I had an inner commission and motivation: to obtain peace."

Schmidt firmly believed that socialism can make a society better. And he still believes that, even in 2014, a year that marks the celebrations of 25 years since the end of the GDR.

On February 5, 1989, a 20-year-old became the last victim of the GDR's Berlin Wall firing orders. A quarter of a century later, researchers are still trying to determine how many died along Germany's inner border. (05.02.2014)

A new museum has opened in Berlin with an exhibition on everyday life in East Germany. It's not the first of its kind - and that's cause for heated discussion in the once divided capital. (10.12.2013)