In a world striving for more sustainability, social entrepreneurship is increasingly recognized or supported by institutions like the Ashoka Foundation or the Schwab Foundation, says DW's Manuela Kasper-Claridge. 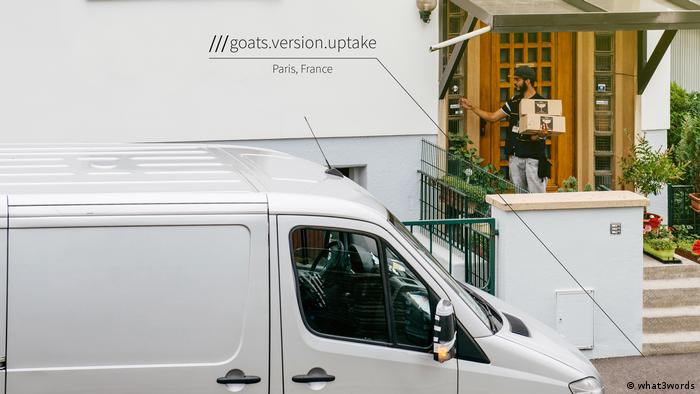 She was 21 years old and addicted to alcohol. It was difficult for Lisa McLaughlin to admit that to herself at the time. Growing up in Detroit, Michigan, she had a pessimistic outlook. The decline of the motor city Detroit, high unemployment, empty and abandoned buildings everywhere you looked and her own situation made her turn to drinking.

In 2002, she decided to get therapy. McLaughlin went through a tough program, sobered up and found her calling: "There was care for drug addiction but it was not evenly distributed", she told DW.

McLaughlin wanted to change that. Together with her co-founder Robin McIntosh she developed a program called Workit Health which helps addicts kick their habit. This remote medical treatment works via an app on the smartphone.

The addicts can remain anonymous, if they want to, or get intensive personal counseling. "One in three Americans has some kind of addiction. It can be alcohol, sex, opioids or many others," said McLaughlin. The app delivers counseling via video chat or text messaging and there are five-to-10-minute courses that aim to support behavioral change.

Today, there are social workers, programmers and doctors all working for Workit Health, which gets its funding through fees. Some US companies already cover the cost for their employees. Digital technology makes it possible to reach far more people than analogue.

Today, McLaughlin is considered one of the leading pioneers in the field of digital health applications. Recently she was honored by the Geneva-based Schwab Foundation for Social Entrepreneurship. 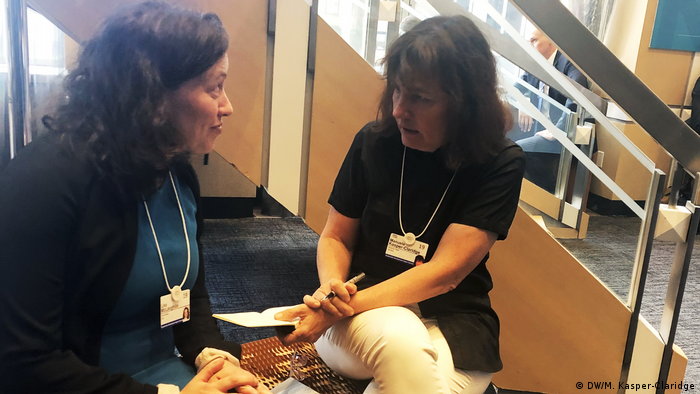 Building bridges and learning from one another

Under the dedicated leadership of Hilde Schwab, who called the Schwab Foundation into being together with her husband, Klaus Schwab, 20 years ago, they established a unique network that is integrated into the platform of the World Economic Forum.

This provides global access to companies, NGOs and political stakeholders. Lisa McLaughlin wants to make active use of that. "There are different tools for fostering change as an entrepreneur. Within the network, we can build bridges between the sectors and learn from each other."

For the Schwab Foundation, the social entrepreneurs are "a new breed of leaders — value-driven, inclusive, compassionate and entrepreneurial, developing new sustainable models for business, human development and environmental initiatives."

Chris Sheldrick perfectly fits that description. The man from England wants to change the world with his company "what3words" by giving an address to every person on Earth.

"Some 4 billion people in the world don't have an address," Sheldrick explains. Initially, he was a musician and noticed how difficult it was to find certain addresses. He didn't want to accept that. Even the global positioning system GPS doesn't find every place.

He discussed the problem with a friend, who is a mathematician and together, they developed a mobile solution which works without access to a satellite. "We wanted to create a global address system so that every place in the world has a simple name. We divided the world into 3 meters square and we gave each square a name consisting of three words."

It's a bit difficult to explain how exactly that works. Sheldrick pulls out his business card. It says "filled.count.soap" instead of a conventional address. That allows you to find the what3words office in London. The GPS coordinates of the place would be 51.520847, -0.19552100. Compared with that, three-word-addresses are easier to say, remember and share. And they are already available in 37 languages.

An app that saves lifes

In the three-word combination, the Berlin address of DW is "Bürste.speise.ernsthaft" in German which translates as "brush.dish.serious." 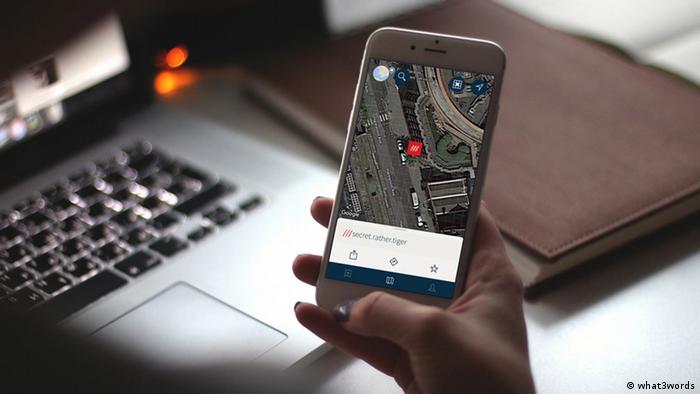 A what3words user is looking for an address on her smartphone

And indeed, it points the user to Voltastraße 6, where DW is based. "It's an easy version of latitude-longitude. Instead auf 16 digits, you use three words and it is three words for three meters. It is all powered by a mathematical formula, it is a tiny bit of data just 5 megabytes."

The app is already being used by the United Nations, many NGOs, 55 emergency services in the UK, the postal services of Mongolia, Djibouti and the Ivory Coast. Companies like Mercedes Benz and Deutsche Bahn are interested in a commercial application and have invested in the company which already has a staff of 110.

Sheldrick is proud of the fact that the South African NGO "Gateway Health," for example, can quickly direct ambulances to pregnant women going into labor. "It allows them to save lives," he says. "One just has to say the three words and they will find you wherever you are."

Going beyond the niche

Today, the work of social entrepreneurs is often technology-based. Digitization helps them make a great impact with their companies, even if they aren't big. One key to success, however, is being connected.

After 20 years, the Schwab Foundation wants to expand the network for social entrepreneurs.

"Social entrepreneurs are no longer working in isolation. The Schwab Foundation recognizes the champions of social innovation in the social sector, but also in business, government and academia. We see social innovation as an ecosystem of pioneering actors with a common purpose," notes Hilde Schwab. For Schwab, social change matters a lot. Just as it does for many social entrepreneurs.