′Snowden testimony would be a disaster′ | World | Breaking news and perspectives from around the globe | DW | 02.11.2013

The very idea that Germany is paying so much attention to whistleblower Edward Snowden is an affront to many Americans. His Moscow meeting with Green politician Hans-Christian Ströbele has caused quite a stir in the US. 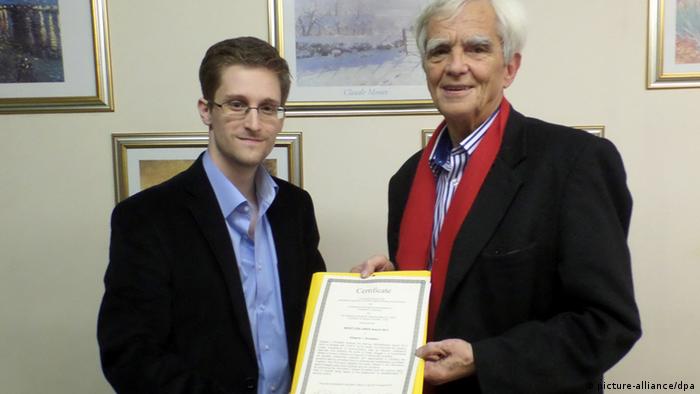 “It would be a disaster for American-German relations if Snowden came to Germany and publicly testified before the Bundestag." What Green MP Christian Ströbele ultimately is hoping for after his surprise visit with Edward Snowden in Moscow would be a nightmare for Stephen Szabo of the German Marshall Fund, as well for the Obama administration.

The relationship between the two countries is headed towards "a deep, downward spiral," says Szabo. This must be stopped. If Snowden were to come to Germany with official blessing, the situation would escalate further, warns the long-time Germany expert and vice-president of the German Marshall Fund in Washington.

In the US, Snowden is a traitor 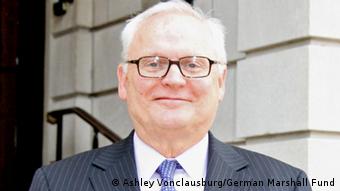 US-German ties are at a low point, says Stephen Szabo of the German Marshall Fund

Ströbele´s meeting with Snowden got media attention in the US. It was reported by National Public Radio, CNN and other media outlets. But while in Germany Snowden is considered enlightened, in the eyes of many in the US - and especially President Obama - he is a traitor.

Particularly sensitive is the fact that Snowden, according to Ströbele, is apparently ready to testify in Germany about NSA spying. This intention is also underscored by an open letter from Snowden. That German Interior Minister, Hans-Peter Friedrich, has even welcomed the news, saying he "was glad to hear it" has left official Washington speechless; even if most US experts believe Snowden is unlikely to go to Germany.

"Slap in the face of the Americans"

In an interview with DW, Caitlin Hayden, spokeswoman for the National Security Council of the United States, did not directly mention Friederich's or Ströbele's comments, but pointed out that Washington was still seeking to prosecute Edward Snowden in a US court. Hayden did not answer the question of whether the United States would insist on Snowden's extradition if he visited Germany. 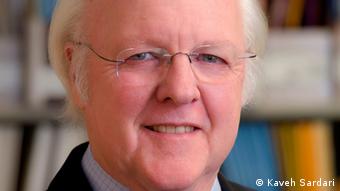 Snowdown testimony would be a slap in the face, says AICGS director, Jackson Janes

"If it really happens, it would be a slap in the face to the Americans, there's no question about that," said Jackson Janes, Director of the American Institute for Contemporary German Studies (AICGS) at Johns Hopkins University in Washington. "It's the same as with Moscow, where they have permitted Snowden to remain - and it could mean: We do not trust you," he told DW.

Janes interprets the growing interest of the German federal government and parliament in a statement from Snowden - wherever he might make it - as a no-confidence vote against the Obama administration .

The former American ambassador to Berlin, Phil Murphy, is among those who formulate their views more cautiously: Germany has every right to be concerned about the surveillance, he said, and, of course, as a sovereign state can actively investigate. But the first country Snowden should go to is still the United States, he emphasized. Murphy said he understood that Germany needed "tangible results" to move forward towards a "solution to the crisis;" however, the former diplomat questioned whether Snowden being interviewed by German authorities and parliamentarians was the right way forward .

Can Kerry´s self-criticism calm things down?

It may be that the recent comments of US Secretary of State John Kerry will appease angry feelings. Kerry publicly acknowledged that the United States had sometimes gone too far. "Kerry was right," says Janes, but "to cage the beast” requires an effort by everybody, not just the Americans, he added, referring to the global network of electronic surveillance and security apparatuses that had taken on lives of their own.

It was first and foremost, however, "the policies of the Americans - incidentally in place before the attacks of 9/11 - which now have to be examined," Janes said.

Stephen Szabo of the Marshall Fund advises against reading too much into Kerry's remarks: "It is to be expected that the State Department would make such comments. The question is whether the security establishment, whether the intelligence services, have the last word, together with Obama."

Both Janes and Szabo see German-American relations at an absolute low point. They are "worse than during the war in Iraq," says Szabo. "We have differences on very fundamental values, ​​such as trust and economic competition. And esteem for America in Germany has been very low for some time."

Szabo sees the recent meeting of high-ranking German and American security experts at the White House as a first successful step towards restoring confidence . "We should give the Germans the same assurances we gave the British that we are not eavesdropping on them," he says. "The U.S. government must give the Germans the feeling that they are a special partner for us."

Confidence and self- protection

To avoid the embarrassment of possible future spying revelations, Janes advises President Obama to adopt "a proactive information policy." That could have been done much earlier, he remarked.

At the same time, he stressed, it is not enough for the Germans to be indignant about massive surveillance by the National Security Agency and otherwise to rely on Snowden statements. "In the longer term it is not a question of asking Mr. Snowden to help us out with our problems," Janes notes. Instead, he said, the Germans should strengthen their own protection mechanisms to protect themselves and their privacy more effectively - not just against the United States.

Stonewalled by US, Germany's attitude to Snowden shifts