Smugglers operate freely in Libya as Europe struggles to act on Mediterranean migration | World| Breaking news and perspectives from around the globe | DW | 20.06.2015

With the EU struggling to take action against risky migration in the Mediterranean, traffickers are using Libya's power vacuum to their advantage. As Marine Olivesi found, while migrants are caught, the smugglers escape. 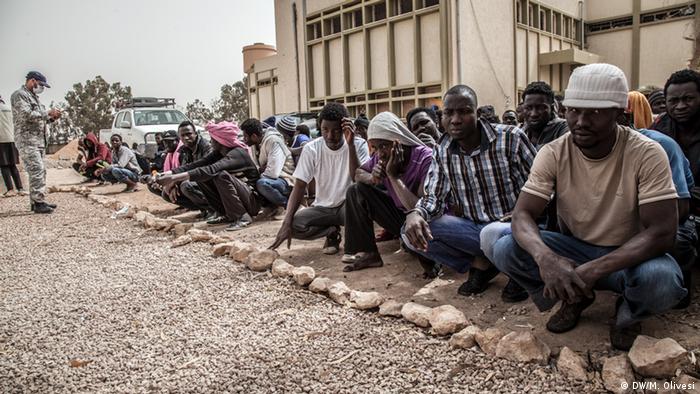 Every morning, migrants are taken out of the school-turned-detention-center in Misrata for a daily count.

Compass in his hands, Zubeir, a Libyan smuggler, goes over the road map with Abdullah, the co-captain. It's almost midnight, the boat is set to leave in a couple of hours, and Abdullah hasn't much time to get it right: Zubeir won't be with them on board. Abdullah, a fisherman from Senegal, will have to tell the captain, another migrant from Gambia, which direction to go.

That, roughly, means the boat has to head straight north. Zuara, near the Tunisian border, is Libya's closest point to Lampedusa. It's made the town an attractive departing spot for migrants hoping to reach Europe, and one of Libya's busiest smuggling hubs despite local authorities' insistence that they are actively fighting human trafficking.

Salem Abuajeila, an army officer in the local "Ops room," lists stopping people smuggling as a high priority, but complains about not having enough boats, cars and manpower for the task. Meanwhile, he also makes a point to downplay the role locals have in the business.

"We have a Libyan saying that says 'whenever you go into a town, you go to that town with its people'," Abuajeila explains from his office just a few streets away from the safe house where Abdullah and dozens of others wait for departure. "In other words," he adds, "smugglers are going to need locals from Zuara to help them get migrants out of Zuara to Europe."

Like other officials, Abuajeila explains that human trafficking rings stretch well beyond Libya's borders, and that they don't know who the top smugglers are. Under any set of criteria though, Zubeir, the man teaching Abdullah how to use a compass, would qualify. 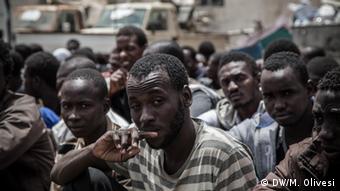 Thousands of migrants are rounded up in Libya, but the smugglers are slipping through the net

He broke into the business in 2006 after he encountered five Ghanaians on a beach, who had been washed back to Libyan shores. Connecting migrants to smugglers became a lucrative pastime for the teenager: Zubeir would get a cut for each new "customer" he'd bring. After the Libyan revolution, he moved up the ranks and became a smuggler in his own right, buying vessels and overseeing their departures.

Zubeir says he pockets up to 17,600 euros ($20,000) in fares for a boat of 80. While sizable for a single man, his net profit represents a drop in the $170 million generated by Libyan smugglers last year for sea crossings alone according to a recent United Nations report.

Other coastal towns have cashed in the business. In Zuara alone, he says at least three dozen smugglers operate like he does, right under the nose of local authorities. "I've never had to hide my job from friends or family," Zubeir says. "It's been absolutely fine."

Officially, not a single smuggler has been arrested in Zuara this year. Authorities in Tripoli couldn't confirm any arrests there either, but they happily arrange for us to go see the thousands of people who have been rounded up - none of them Libyans.

Nasser Azam is the head of a new unit in charge of illegal migration in Tripoli. He says last month they caught 2,000 undocumented migrants in the span of two weeks alone. Those recently incarcerated have joined the fray of the 25,000 currently in detention across Libya according to estimates. Their crime, Azam says, is to be in the country illegally. But he believes that arresting them ultimately serves a bigger purpose in the fight against human trafficking.

"Most of the migrants are only here on transit before they gather enough money to go to Europe," Azam explains. "So by arresting a large number of them, we are also disturbing the smugglers' business. Because now it's more difficult for them to bring in thousands of people and find a place to stay for them until they get on a boat. So we are making their job harder. And we think that if we carry on working that way, it would eventually end the business."

French Interior Minister Bernard Cazeneuve has announced a plan to create thousands of new shelter places for the huge influx of migrants to EU shores. Cazeneuve said it was a matter of "humanity and solidarity." (17.06.2015)

Ban Ki-moon says the EU should focus on saving migrant lives at sea rather than sinking smuggling boats. The European Commission has called for the redistribution of 40,000 migrants currently in Italy and Greece. (27.05.2015)

Defense and foreign ministers from the European Union have agreed to launch a naval mission targeting boats used by people smugglers in the Mediterranean. Thousands of migrants have died attempting to reach Europe. (18.05.2015)

Sitting on a former football field under the scorching sun, West Africans in detention like Amine say that's a ludicrous claim.

"The problem won't be stopped like that," the man from Senegal says. "Because every single day, I swear, more migrants cross the desert to reach Libya. As I'm speaking right now, some people are making their way from Senegal to Tripoli!"

Amine and others say they've been arrested because they're at the bottom of the food chain: they're the most vulnerable, and the easiest to catch. Locking up a few thousand, they say, won't make any difference as long as smugglers are free to continue their job.

"You have to fight the matter at the roots," Amine blurts out. "And they are the roots of the problem too! The smugglers are working with the authorities, with those higher up."

Outside the prison, a frail, yet heavily pregnant woman from Nigeria who's just been released offers one example why migrants believe smugglers are protected.

Mary, who has been in the country for more than a year, was snatched in a nightly raid last month with her husband in an apartment where the couple had been staying.

With spring time and the opening of the smuggling season, she says a lot of people suddenly started coming and going. "Migrants would come, stay there for a week or so and then we would never see them again." Her landlord, she says, was running a safe house, the place where migrants would lay low before heading to Europe.

"Last month, the money she collects, it's not for the rent. It was much more than that. This money is for 'pushing'," Mary says, referring to the act of sending migrants at sea.

Yet the night when she and others were arrested, Azam's unit only grabbed migrants. The landlord is still free, she says. Stories like that one have Mary and others convinced the authorities are turning a blind eye to the Libyans complicit in the trade.

Azam, the head of the new task force in charge of illegal migration in the capital, admits that fighting the big criminals would be a very different challenge.

"These smuggling rings, they're like big gangs," he says. "They're not individual Libyans only. It's difficult to look into these things, especially since we've been at it only for a few weeks." 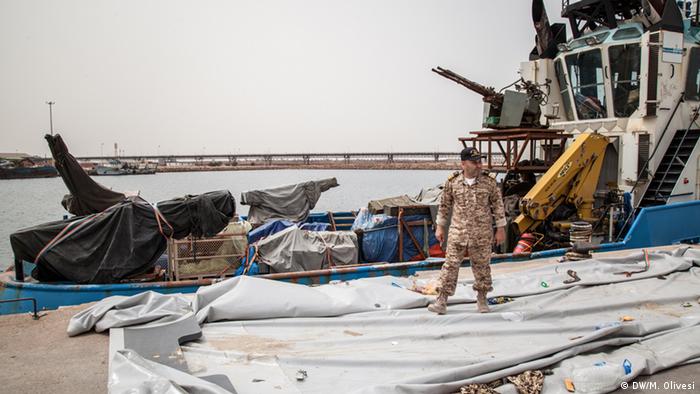 Later on, one of his subordinate jokes: attacking the Libyans involved in trafficking would trigger a civil war. It's an odd comment considering there's already a civil war going on in Libya, but it also underlines a central dilemma for the authorities. Forces aligned with the Tripoli-based government are stretched thin between a fight against the Islamic State in Sirte, and the year-long battle against the internationally-recognized government sitting in the east. In that context, confronting smugglers operating in their midst and dismantling their networks would open yet another front, and further weaken their own forces. Several officials hinted that's something they just can't afford.

"All the efforts Libyan authorities are making in fighting people smuggling right now are painkillers," says in Misrata Col. Reda Essa, who commands the main coast guard force in West Libya. "It's not dealing with the problem itself, but at this point we can't handle it on our own."

Essa's job these days is like emptying water from a sinking ship. The coast guards on patrol stopped eight rubber dinghies and one wooden boat at sea in the past few weeks - a tiny fraction of the vessels which departed from Libya's shores during that time. According to updated figures from the International Organization for Migration, more than 58,000 migrants have reached Italy this year and 1,819 died along the way, making the Libya-Italy smuggling route the busiest, and by far deadliest, in the Mediterranean. 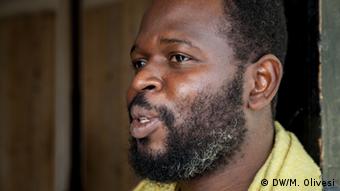 Lacina says he'll try again to get to Europe, even if he's sent back home first

The few hundred migrants caught in Libyan waters by Essa's crew ended up at a school outside of Misrata that was turned into a detention center. Behind the locked wooden doors, Lacina, from Ivory Coast, waits his turn for the bathroom. He has been lingering in a classroom since early May.

Now that he's reached a dead-end, Lacina wants to be sent back to his home country, or anywhere else in West Africa. He says he already knows what he'll do next: come back to Libya, and try again.

And like so many others, he has no doubts there will still be smugglers here ready to help him reach his dream destination.