An art museum in London is including the computer on which "The Guardian" had stored the NSA documents leaked by whistleblower Edward Snowden in its new show. The laptop was destroyed by the UK government. 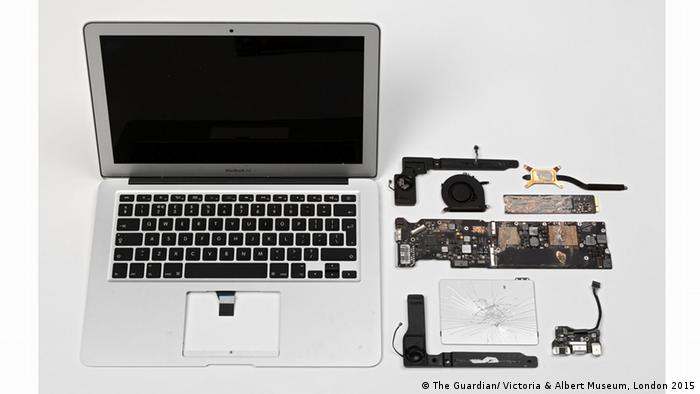 The Victoria & Albert Museum (V&A) showcases itself as "the world's greatest museum of art and design." Its new exhibition "All of This Belongs to You" looks into the role of museums and other state institutions in public life.

Edward Snowden's computer with the top-secret documents had been smashed to pieces. The UK government had insisted on the destruction of the laptop and hard drives, which was done under the surveillance of the British intelligence services in 2013.

However, as the editor of "The Guardian" Alan Rusbridger declared in his publication, the destruction was "a peculiarly pointless piece of symbolism," because the daily had admitted copies of the documents had previously been stored oversees.

If the Apple MacBook is now worthless as a computer, its pieces still hold great value, according to the organizers of the exhibition: "They are of particular interest because in their destroyed state they are material evidence of the current struggle for control over the digital realm," said Corinna Gardner, co-curator of the exhibition in a statement.

The museum is in an "ongoing discussion" with "The Guardian" to integrate the pieces of broken digital hardware in their permanent collection.

The wrecked laptop and hard drives will be displayed in the section "Ways to be Secret," which examines the tensions which arise from society's need for online privacy and the urge to exhibit private events via social media. They will be shown along with other high-tech objects such as the CryptoPhone 500, a high-security military mobile phone, the Onion Pi router, which allows anonymous web browsing, and a selfie stick.

The exhibition runs until July 19, 2015 and admission is free.

'You are under attack,' Snowden tells CeBIT-goers

Two years after Snowden's revelations, security has become a big issue in the tech industry. But more needs to be done, he stressed in a live interview at the world's largest tech fair. DW's Paul-Christian Britz reports. (19.03.2015)

In the fight against computer crime, German firms are increasingly afraid of their own employees. Carelessness and incompetence are a major risk - but sometimes the workers themselves are data thieves. (11.03.2015)

The Wikimedia Foundation and an array of rights' groups have filed a lawsuit against the US spy agency NSA, challenging one of its mass surveillance programs. They claim it violates American citizens' right to privacy. (10.03.2015)